It’s the weekend, time to rock and roll!  We can rock harder thanks to Les Paul and his solid body electric guitar. 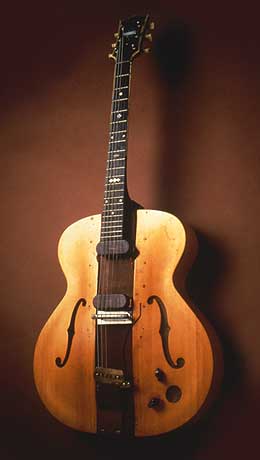