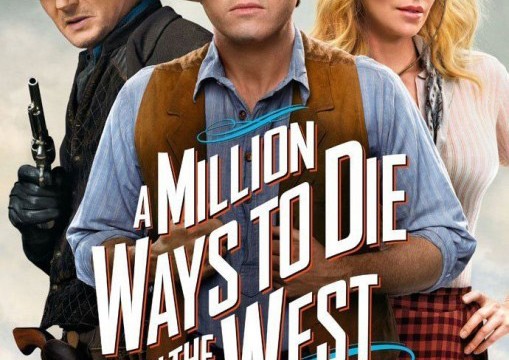 Movie Review – A Million Ways to Die in the West 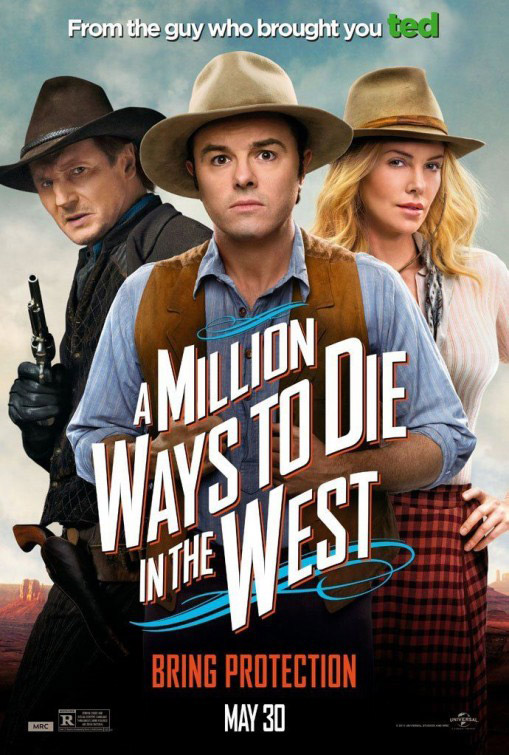 Movie Review – A Million Ways to Die in the West

Coming off of the huge success of Ted, Seth McFarlane decided to bring us a film that parodies Westerns. It seems like a weird choice considering how few Westerns are made today but I guess he finds them interesting. Unlike Ted or Family Guy where he simply voices characters, here he is the lead live action character and it has a very different feel.

Million Ways to die is loaded with talented actors with great comic timing. Giovanni Ribisi plays his best friend in a role that I felt should have been bigger. Amanda Seyfried is his estranged girlfriend. The always excellent Neil Patrick Harris as the mustached man who steals her away. Sarah Silverman as Ribisi’s girlfriend who is a hooker by profession. Liam Neeson as the villain and Charlize Theron as the mysterious woman who changes his life.

The aspect of this film that is very awkward is that Seth McFarlane feels like a stand-up comedian from the future who is making fun of the old west. It is a little unnerving and it makes the viewer not really care about his character’s story. I can see McFarlane thinking : “Hey, what would it be like if there were comedians in the old west, what kind of details would they notice and complain about”. And it works to a certain extent as he brings some smart, witty and satirical humor to the table. I guess the closest comparison to this would be Blazing Saddles but the problem is that the tone is different and it doesn’t achieve a connection between the characters and the audience that film did. McFarlane’s character doesn’t feel in any way like he is part of the world he is in and so you don’t really care about his story because it doesn’t feel real.

Like I said, there are some funny and well though out scenes and intelligent, witty dialogue but it is not nearly as good as Ted was and not as universal. This movie does have some quality material but also plenty of flaws. If you are a Seth McFarlane fan or are really interested in a parody of a western then this movie may be for you but if not, skip it or wait for video.

Pin It
Previous post:
Cape May Named One of the Top U.S. Honeymoon Destinations Next Post:
Catching Up With The Front Bottoms – New EP and Interview