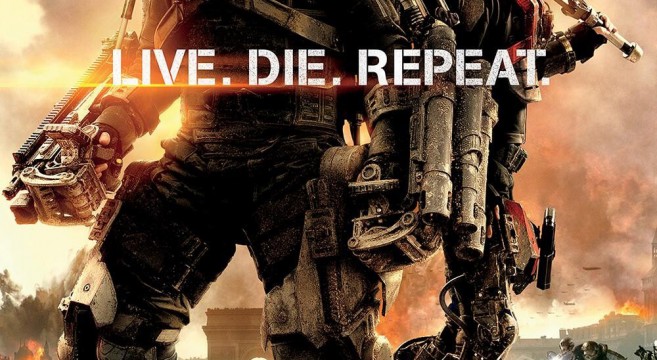 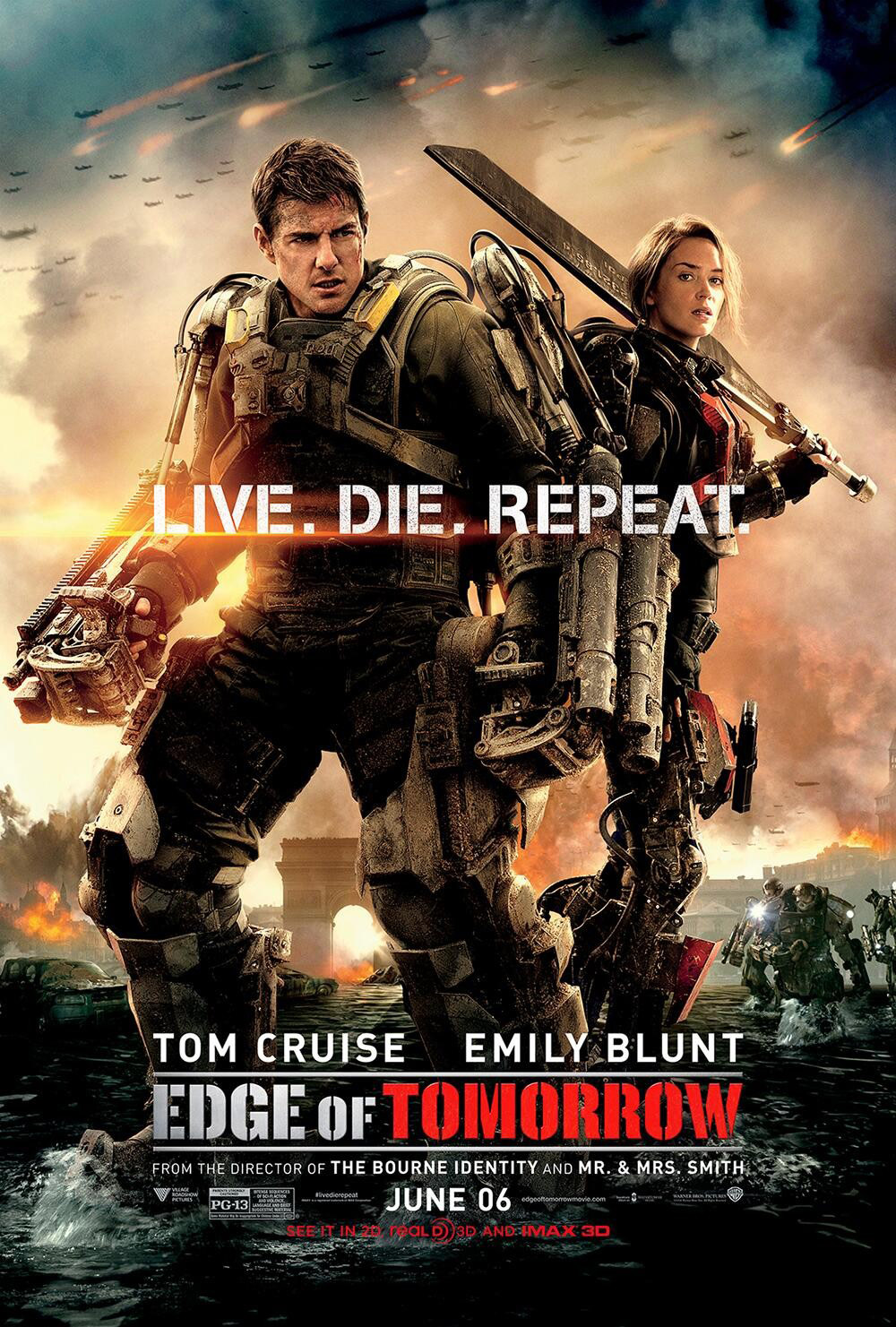 Tom Cruise has habit of taking small to medium sized movies and remaking them with significant changes into big budget blockbusters. He has don this with Vanilla Sky, a big budget remake of the foreign film ‘Open Your Eyes’, ‘Oblivion’ which is a remake of a movie that will go unnamed as it would ruin the secret twist in both films. Now he is doing it again. This time he has taken ‘Groundhog Day’ and turned it into a big budget Science Fiction movie that takes place in an apocalyptic future where we are fighting enemies that are a cross between ‘Aliens’ and ‘Starship Troopers’. Bill Murray never could have predicted this.

The amazing thing about the film is how amazingly good it is. Director Doug Liman gets the audience right into to the repeating day quickly and smoothly and the movie is edited so that you understand exactly what is going on perfectly. Tom Cruise is terrific in the familiar territory of a character that needs to change his ways. The always wonderful Emily Blunt is as charming as always but in this case she is an action hero as well. The chemistry between her and Cruise works and their characters and relationship has as much development as you could ask for in this type of film.

Bill Paxton is entertaining in a ‘Full Metal Jacket’ instructor type role. And there is a solid supporting cast as well. What impressed me most about the movie is how, just like in ‘Groundhog Day’ they have to show you repetitive scenes without boring or annoying the audience. On top of that, Tom Cruise has to believably portray a character that is very different by the end than he was in the beginning and to do this he must make subtle changes every few minutes of screen time. It is truly an accomplishment. The only weak part of the film is a couple scenes at the very end where the pacing seems to slow down a bit but that’s not really a big deal as the closing shot is extremely appropriate and well done.

There you have it. Tom Cruise has remade yet another movie but with serious changes that give it a unique identity. Edge of Tomorrow is at least as good as ‘Groundhog Day’ in it’s own way and that is a high compliement.