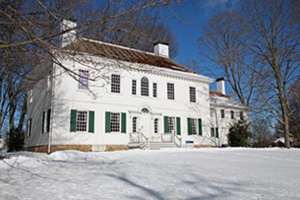 Washington famously chose Morristown as his headquarters because of its location along communication routes, easily defended terrain and access to resources for the troops. The Continental Army stayed there over two winters—first in 1777 and then in 1779-1780 (the famously severe winter that really tested the Army).

The national park consists of four separate areas: Washington’s Headquarters Unit, the Fort Nonsense Unit, the Jockey Hollow Unit, and the New Jersey Brigade Area. There are two original structures, the Ford Mansion in Morristown and the Wick House in Jockey Hollow.

We’re planning on doing a more in depth tour of our very first National Historical Park later this year so stay tuned for more information on this important part of American and New Jersey history.

Pin It
Previous post:
Movie Review – Deliver Us From Evil Next Post:
This Week at the Farmers Market