We’ve been covering Paterson quite a bit in the last few months because of some really great tours put together by the Paterson Historical Preservation Commission.  But, did you know that Paterson was the first planned city in the U.S.? 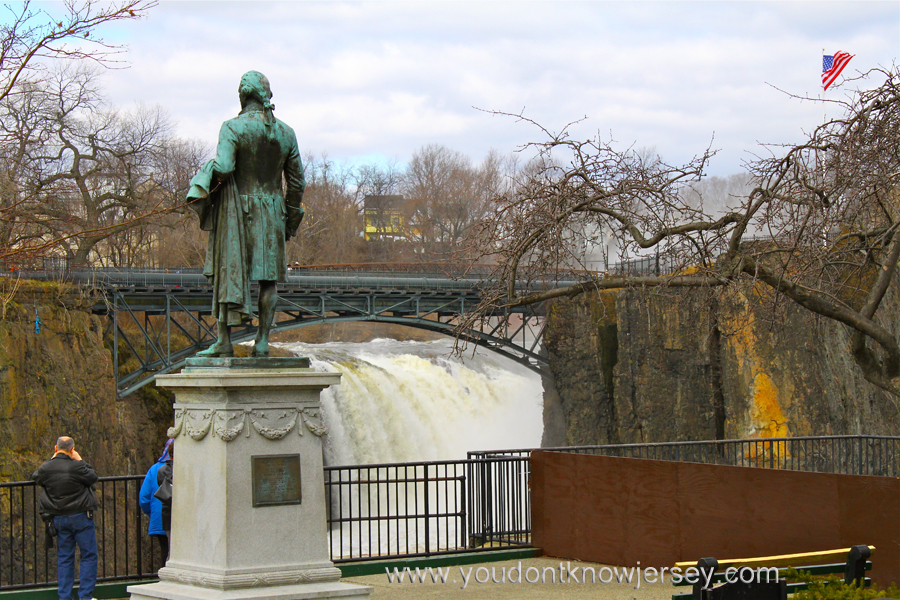 The City of Paterson is the first planned industrial city in the United States. In 1792, Secretary of the Treasury Alexander Hamilton formed an investment group called the Society of Useful Manufactures which would develop a manufacturing base for the United States.  Hamilton believed that the United States needed to reduce its dependence on foreign goods and should instead develop its own industries.

The industries were developed in Paterson because of the Great Falls of the Passaic. Eventually, Paterson grew to include dozens of mills, other manufacturing associated with textiles, firearms, silk and railroad manufacturing.

By the mid-1800’s, silk production was the most prolific industry in Paterson which earned its nickname “Silk City.” Paterson was also the site of historic labor unrest that focused on anti-child labor legislation, safety in the workplace, a minimum wage, and reasonable working hours.