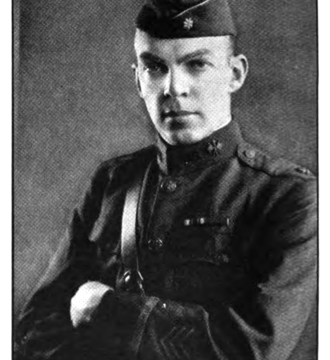 Summer and the radio go hand in hand.  Listening to a baseball game on the front porch.  Singing along to pop music with your friends while you’re out of school.  Listening to the weather reports to decide whether to head down the shore for the day.

The first FM radio broadcast was made from Alpine by Maj. Edwin Howard Armstrong.

Armstrong invented many things related to radio signals but the most important might have been the wide-band frequency modulation (FM) radio. He received a patent on wide-band FM on December 26, 1933.

By 1937, Armstrong was ready to finance the construction of the very first first FM radio station, W2XMN, a 40 kilowatt broadcaster in Alpine. The signal (at 42.8 MHz) could be heard clearly 100 miles (160 km) away, despite the use of less power than an AM radio station.

A patent fight between RCA and Armstrong ensued because he had worked for RCA for a time. RCA’s momentous victory in the courts left Armstrong unable to claim royalties on any FM receivers, including televisions, which were sold in the United States. His legal battles brought ruin to Armstrong. After his death, though, many of the lawsuits were decided or settled in his favor, greatly enriching his estate and heirs. But the decisions came too late for Armstrong himself to enjoy his legal vindication.