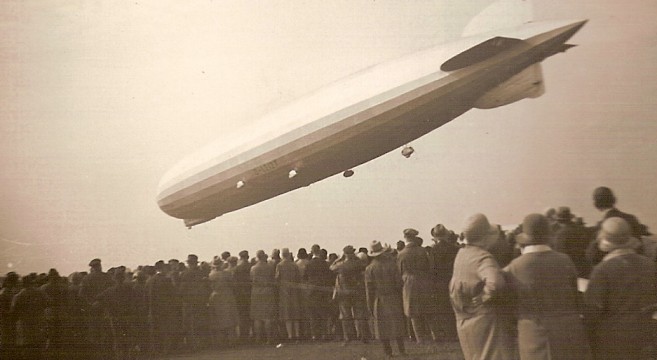 A company named DELAG (an acronym for Deutsche Luftschiffahrts-Aktiengesellschaft which is German for “German Airship Travel Corporation”) used the Graf Zeppelin for regularly scheduled passenger flights across the North Atlantic, from Frankfurt-am-Main to Lakehurst.

Later on DELAG introduced the Hindenburg in 1936. Fare was $400 one way; the ten westward trips that season took between 53 and 78 hours and eastward took between 43 and 61 hours. The first North Atlantic trip of 1937 ended in the Hindenburg’s famous disaster at Lakehurst. So you could say that zeppelin travel began and ended here in New Jersey.