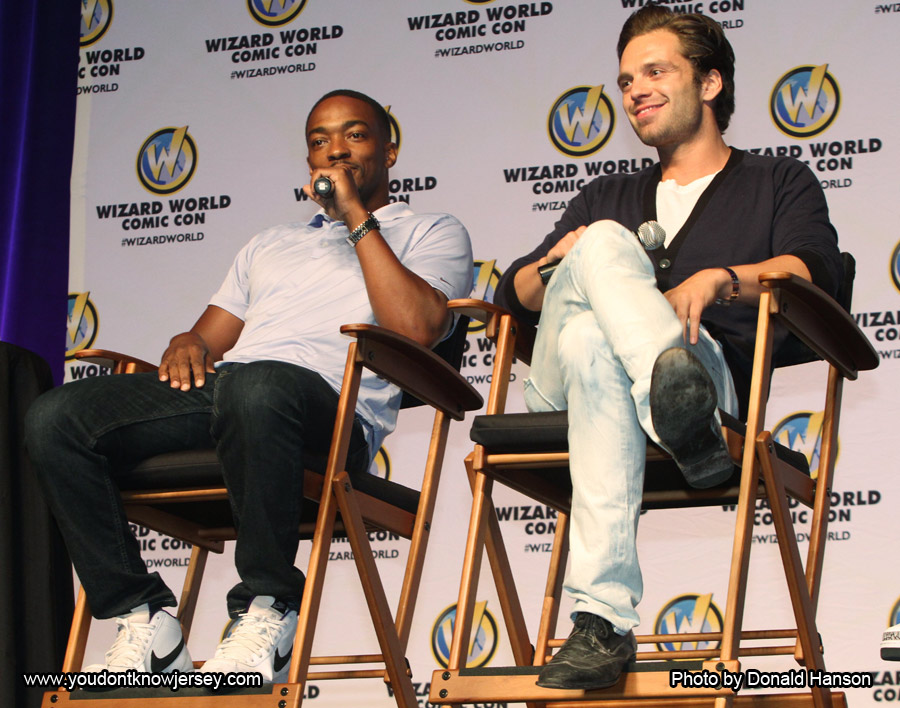 With the Fourth of July coming right up, here is our coverage of the Captain America Q & A from the Wizard World Philadelphia Comic Con. Anthony Mackie, the Falcon and Sebastian Stan, the Winter Soldier were on hand to answer questions from fans.

Question for Anthony Mackie : As a newcomer, how exciting was it for you to be a part of this franchise and to play the Falcon who is a very beloved character?

A: (AM) It was great man. I didn’t grow up on comic books, I grew up on baseball cards and fights in the yard. I had been hounding Marvel for 5 years, I was like “Yo, at some point in time you gotta put a brother in a movie, so you can get me now for cheap…or you can wait. So 5 years later I get an e-mail from them saying ‘Don’t call us, we’ll call you’. So 6 months later I go out to L.A. and meet with the Russo brothers and Nate Moore. the producer. They couldn’t tell me the name of the movie, what the character’s name was, what the story was about or what I was doing. They just wanted to know if I was going to be in a Marvel movie, is that okay so I said (deep voice) “Hell Yeah!!”. So it just worked out. As an actor, It’s like winning the lottery, it like being nominated for an academy award. Its funny, Ive been in 2 movies that won Best Picture… (shrugs his shoulders)….Captain America comes out people are like “JESUSSSS!”. I get secondary posters, I get all kinds of stuff! 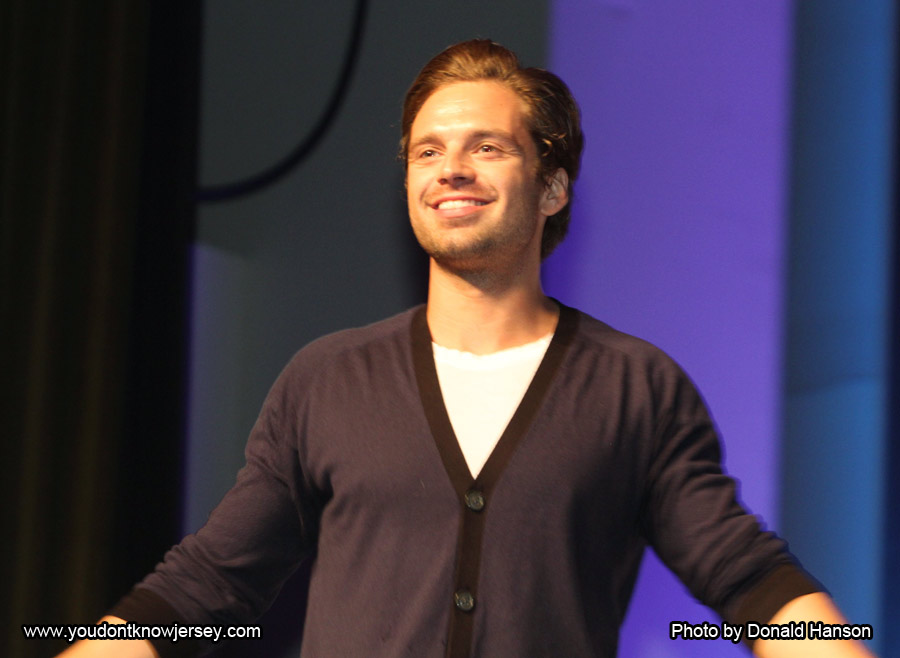 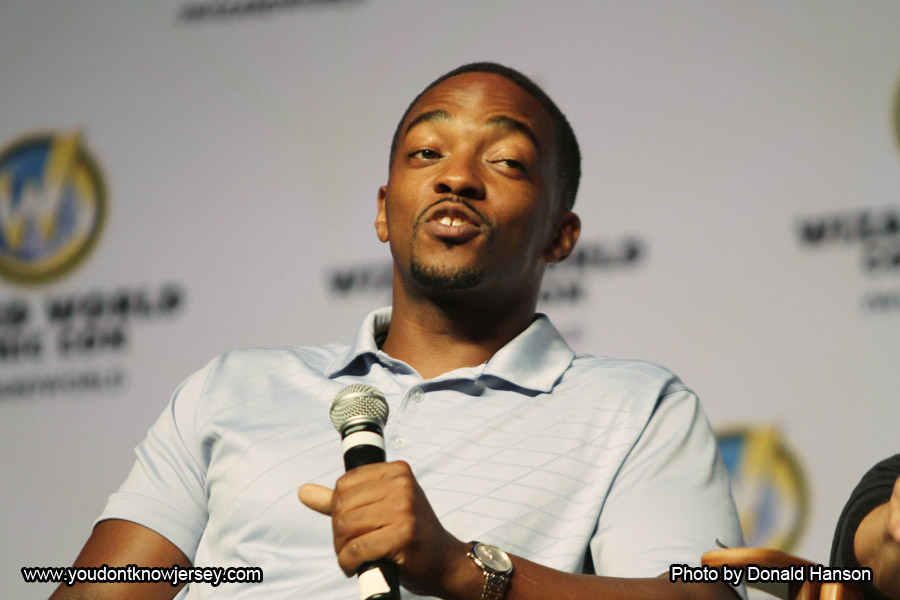 A: (SS) Yes. Yeah, I’ll do it right now. I don’t know. It’t not up to me. Im just showing up when they’re calling me. But I wouldn’t mind a little Black Widow, Winter Soldier storyline. 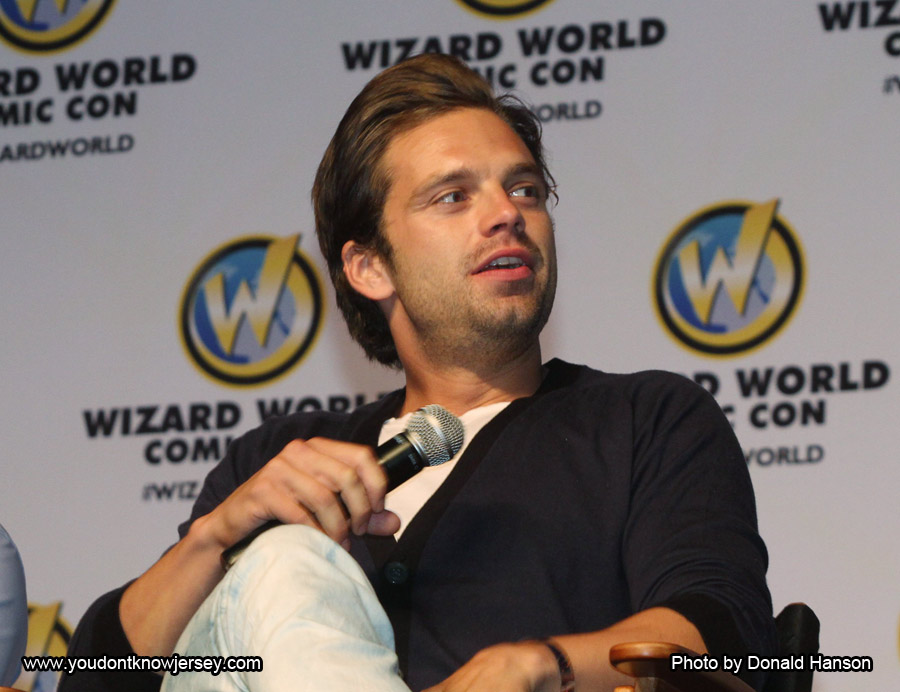 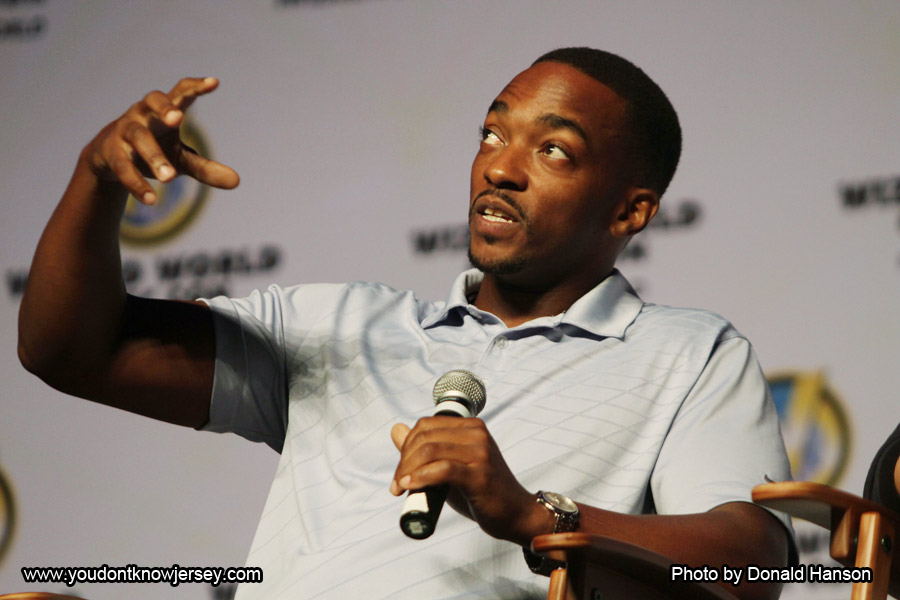 Q: So the last line of the movie, ‘When do we start?’ So you’re obviously on the loose running with Captain America. Any discussions yet about what we’re going to see in part 3?

Q : Although somehow I feel that even if you did know something you wouldn’t share it.

Q: Maybe a tease or something 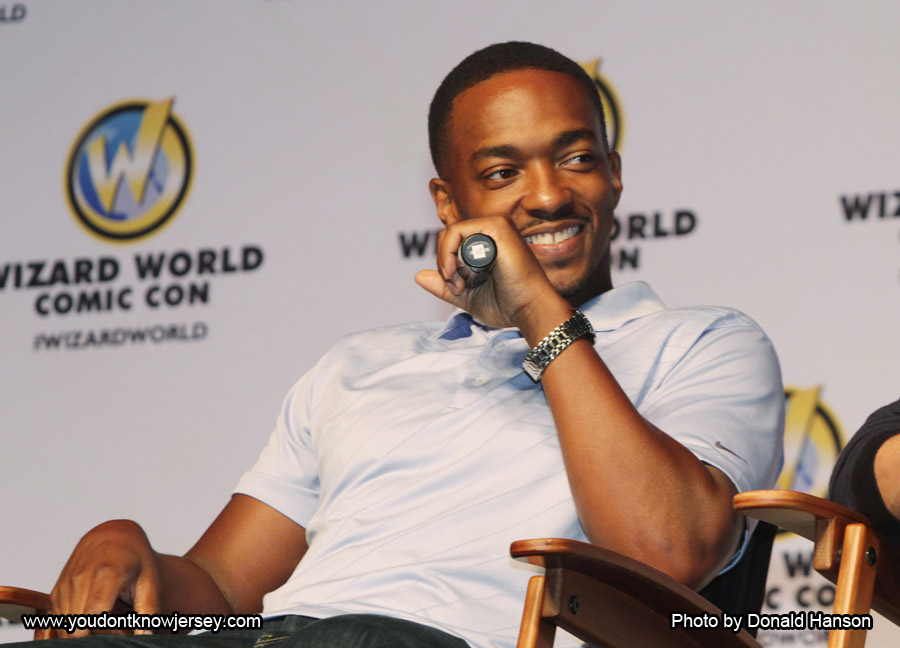 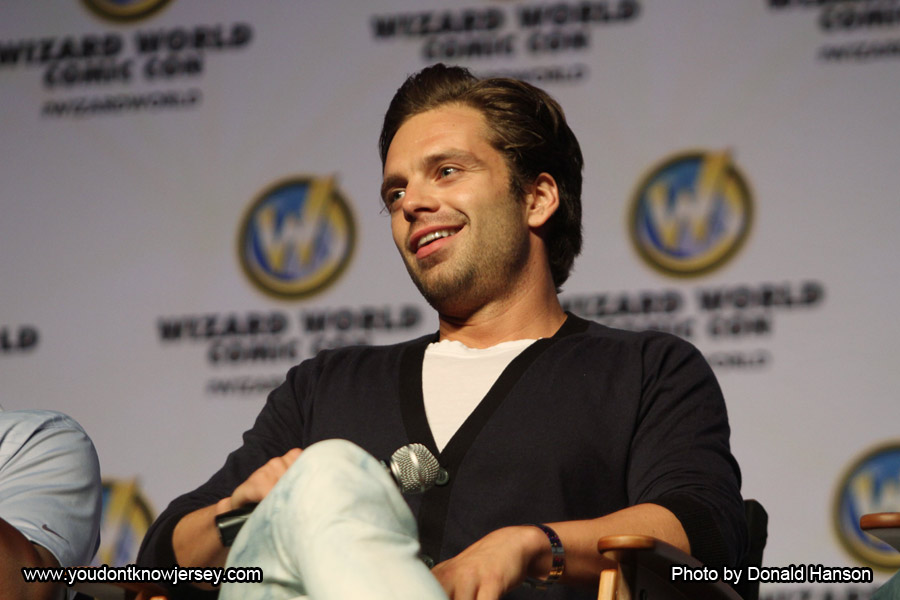 Q: My question is for both Anthony and Sebastian, would you ever want to host Saturday Night Live and show a comedic side? You guys are hilarious right now. 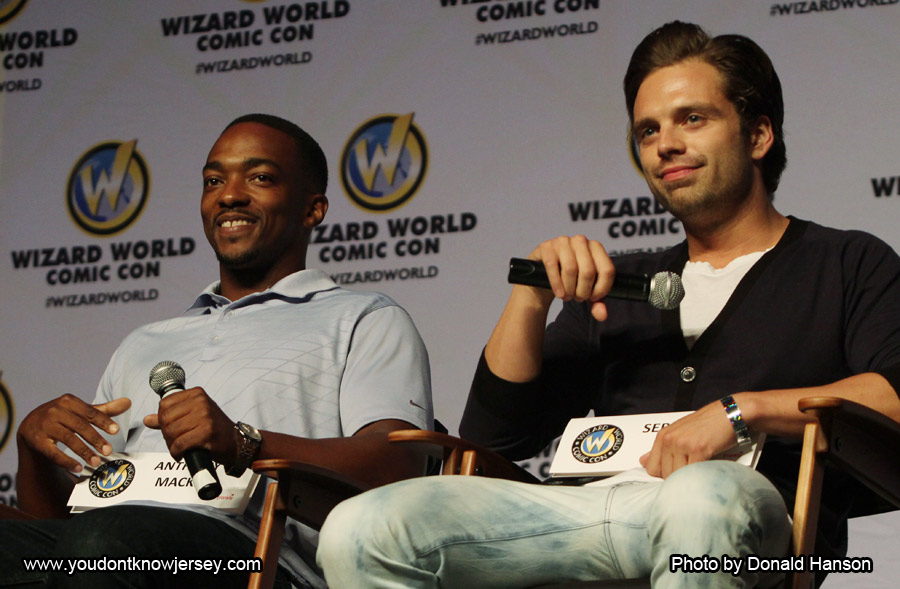 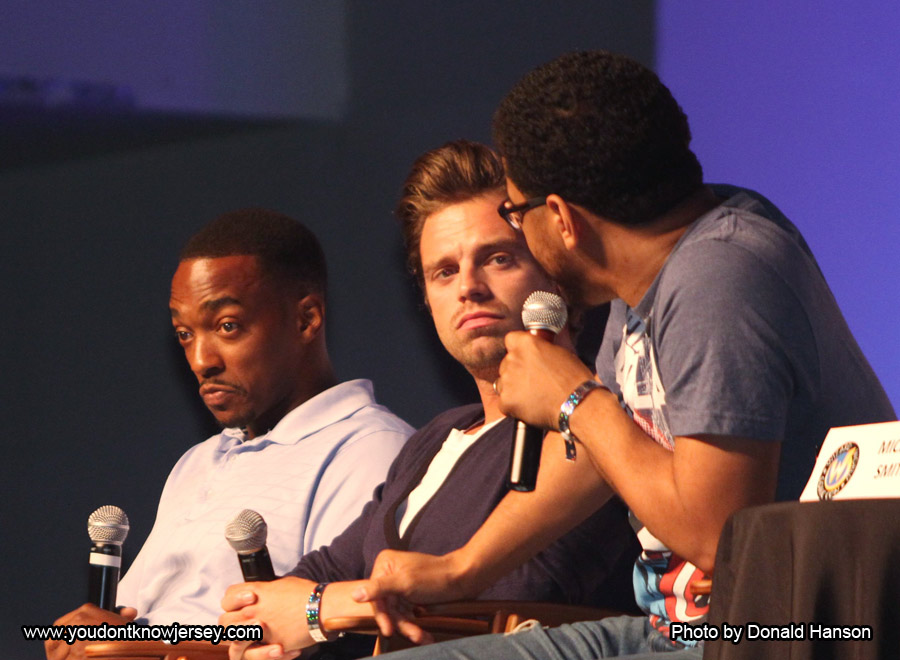 Q : Both of you have played a couple different characters and Anthony, I know how dedicated you were to getting your Marvel role. Are there any types of specific characters you are looking to play?

A: Mackie : I have a few passion projects. I feel like Jesse Owens is one of my passion projects Ive been working on since my first day of acting. To be honest, to be weird, don’t make it weird, I would love to play Napoleon. If you don’t know Napoleon is from Corsica, thats the land of the Moors. But yeah he’s just always been an instrumental figure in everything Ive read about him and what he’s done.

A : SS : I’ve always wanted to play Billy Idol. I really think they should do a biography on him, I would do that in a second. The other thing that I always wanted them to make is the movie version of the autobiography of the Motley Crue book and I would want to play Vince Neil. Those are the two things I would be passionate about.

A : (AM) Smoky and the Bandit, I know 90 percent of the audience don’t know what it is but Netfliix it. It’s Burt Reynolds keeping it real. It got so real he had a monkey at one point. So that’s one of my favorites 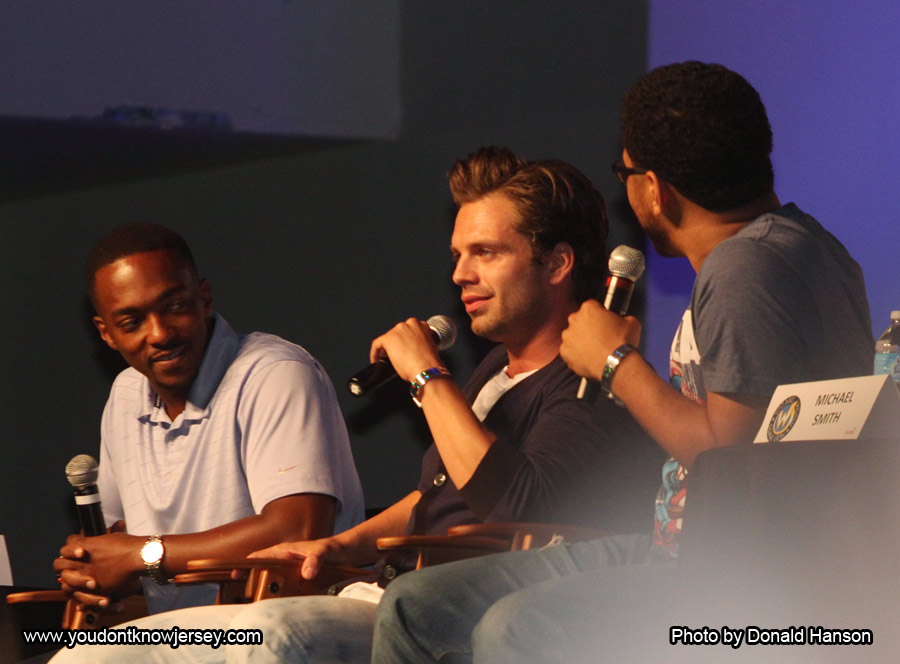 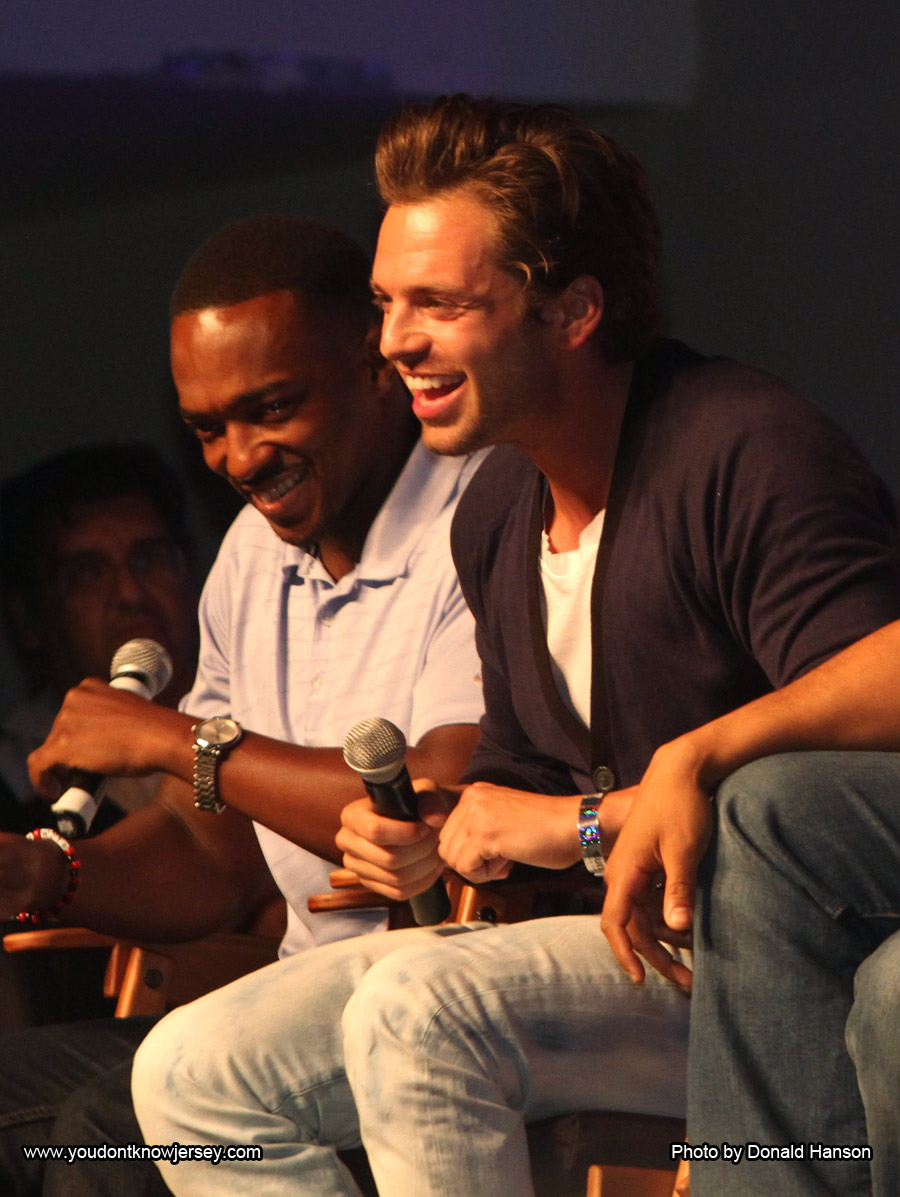 And in 2015 the Wizard World Schedule will be bigger than ever!