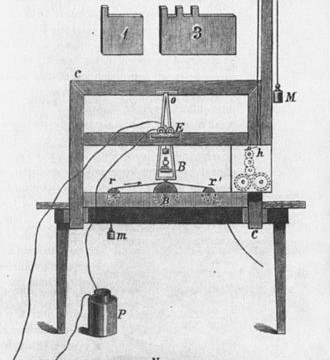 The first electrical telegraph was sent by Samuel Morse in Morristown at the Speedwell Ironworks on January 11, 1838. Although most of the research and development had been done in the ironworks facilities, they chose a nearby factory house as the demonstration site. Without a repeater, the range of the telegraph was limited to two miles so the inventors set up two miles of wires inside the factory house for the demonstration. The first message was “A patient waiter is no loser.”