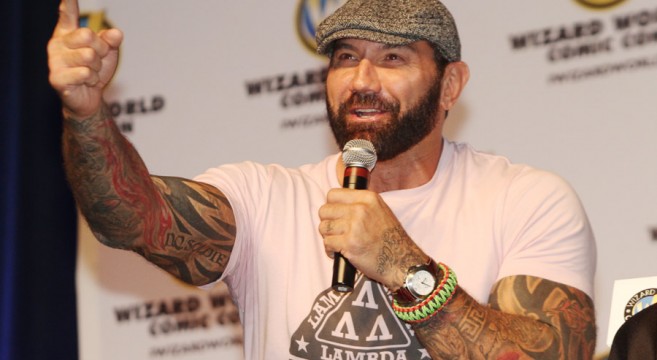 ‘Guardians of the Galaxy’ has become a huge success at the box office. Wrestler Dave Bautista stars as Drax in new Marvel movie. Here are some selections from his 2014 Wizard World Philadelphia Q & A. 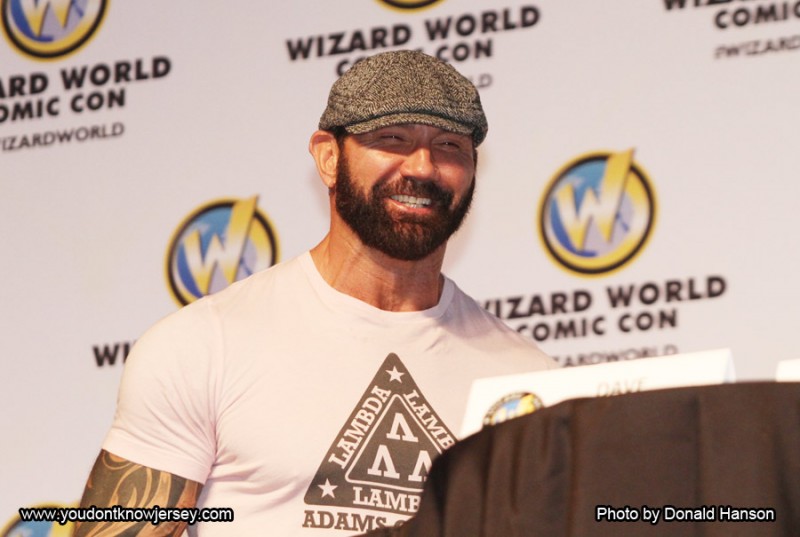 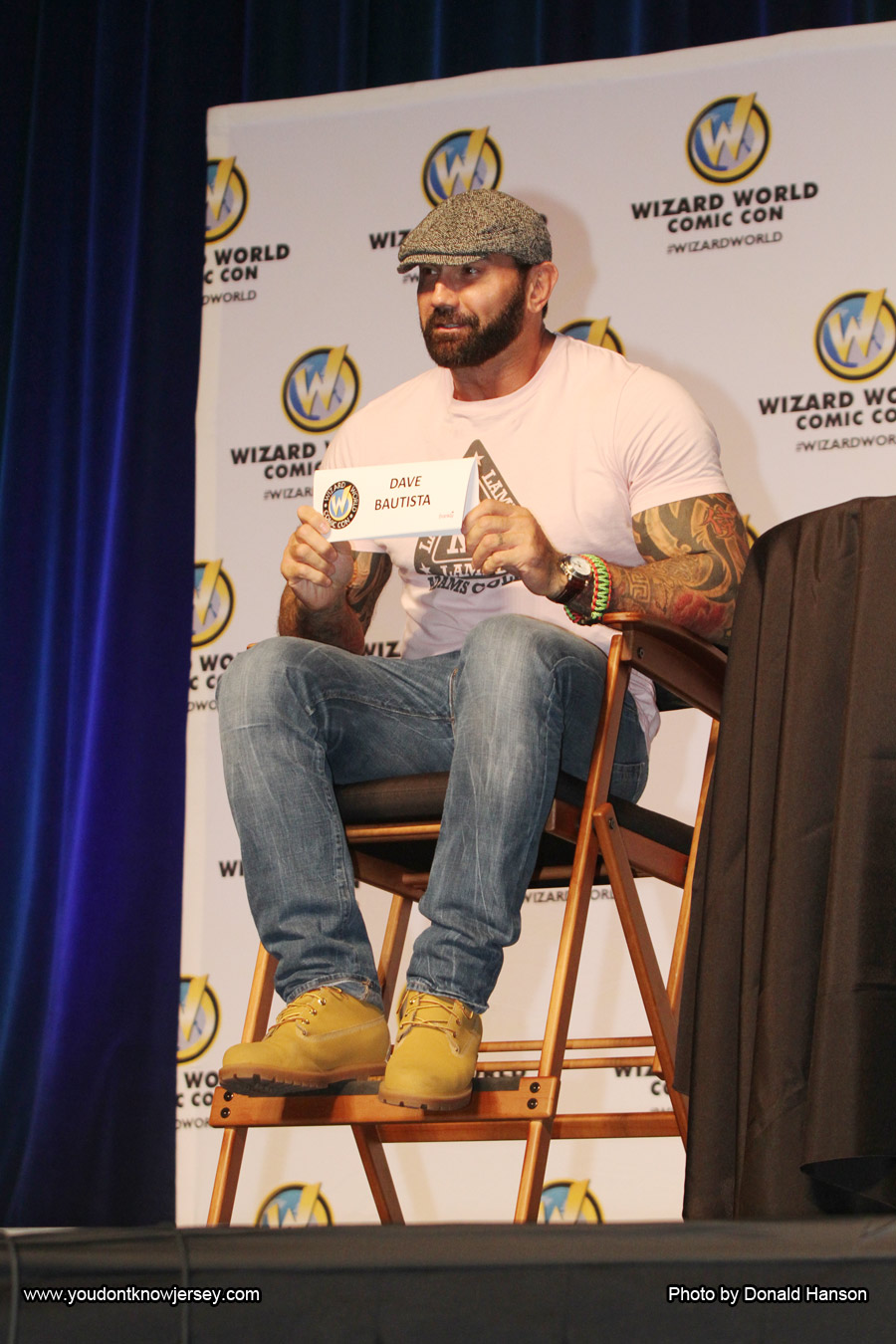 Q : When and why did you get into acting?

A : Its weird what happened. Actually as a favor to a friend I did a very small cameo in a movie called ”Wrong Side of Town’ and while I doing it I learned two things : 1 – that it is very hard and 2 – that I really loved it. I’m not obviously a natural actor but it was something that was very challenging to me that I wanted to pursue so that’s really what it stemmed from, it was really just a favor. 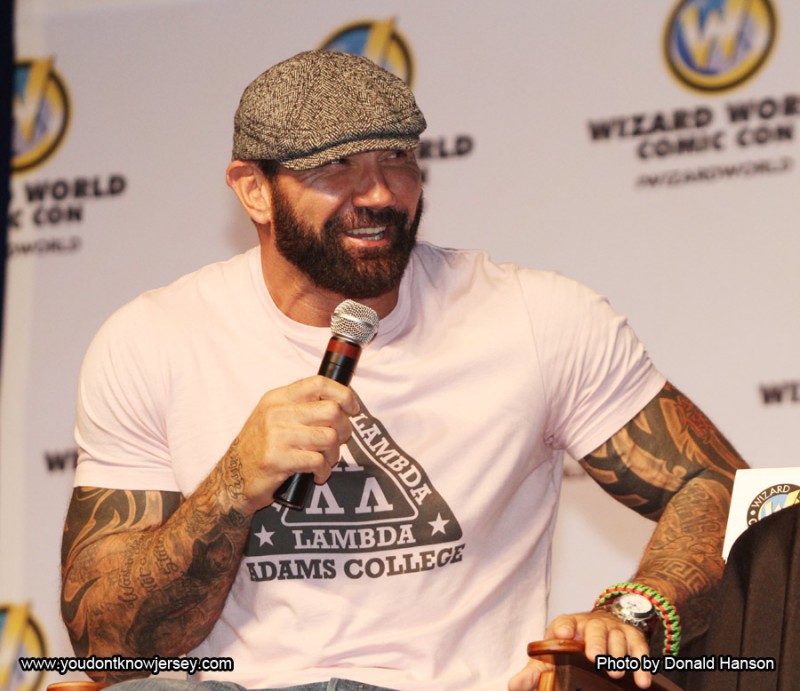 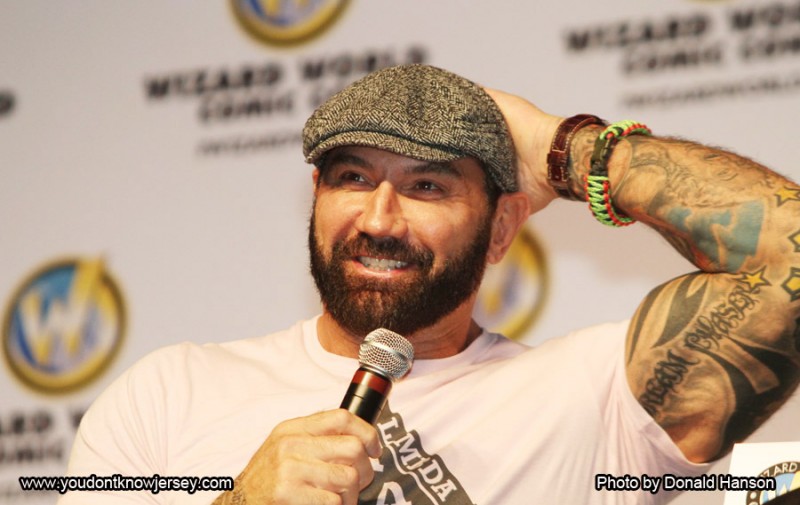 Q : What was it like to put on all that make-up for Drax? 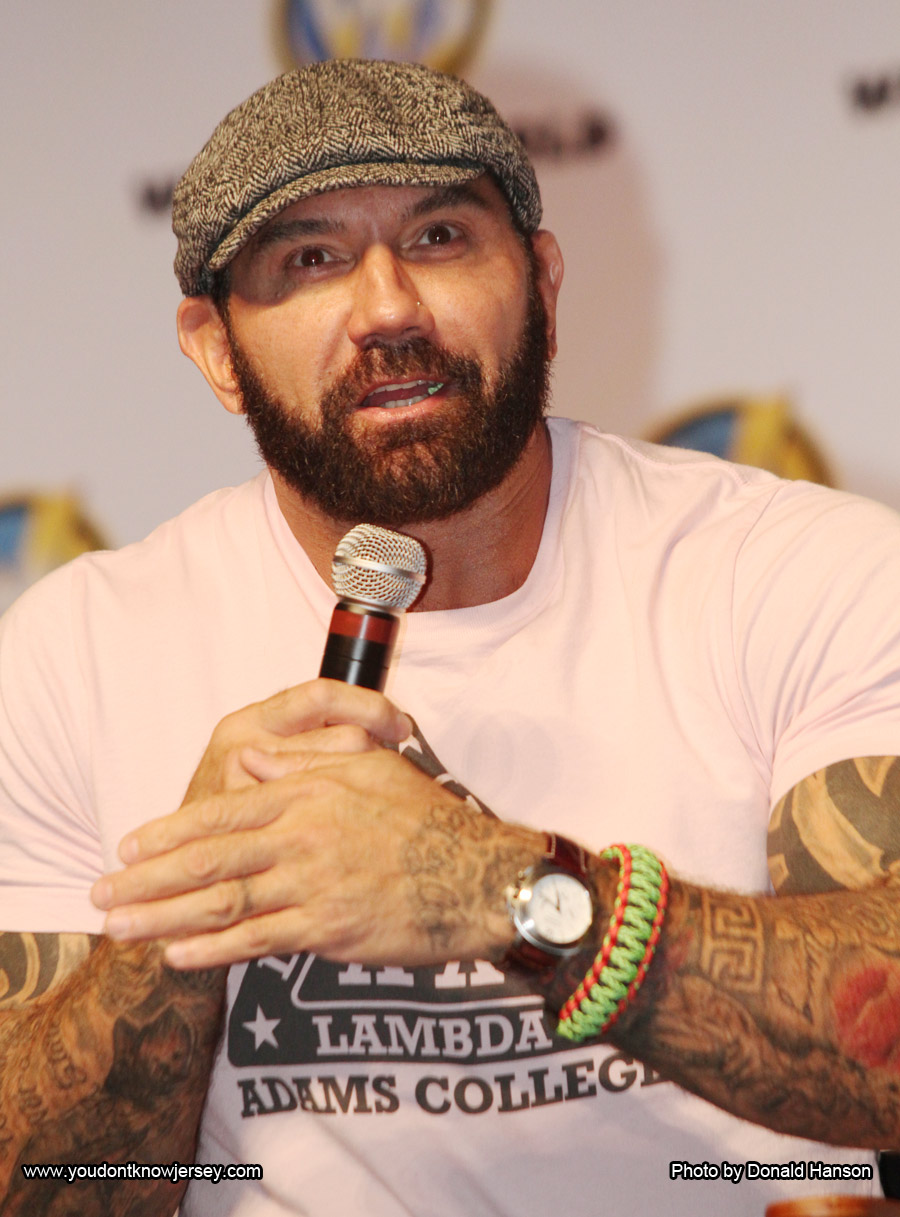 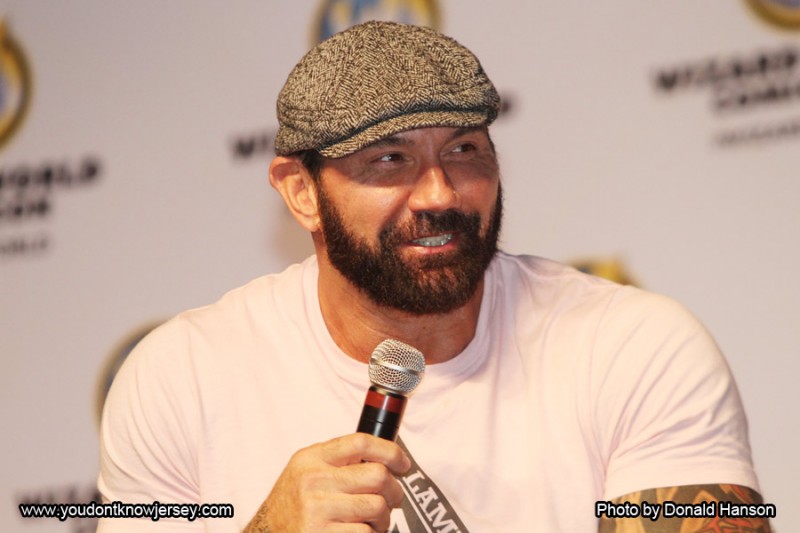 Q : That first time you had the completed makeup on, probably a makeup test or whatever and you look in the mirror and see yourself as Drax, was that a moment where it helped you channel the character even more?

A : Sure, sure especially obviously I had these really cool contacts which really completed Drax. I really felt transformed putting the makeup on but really when I put the contacts in, I felt like fully blown Drax. 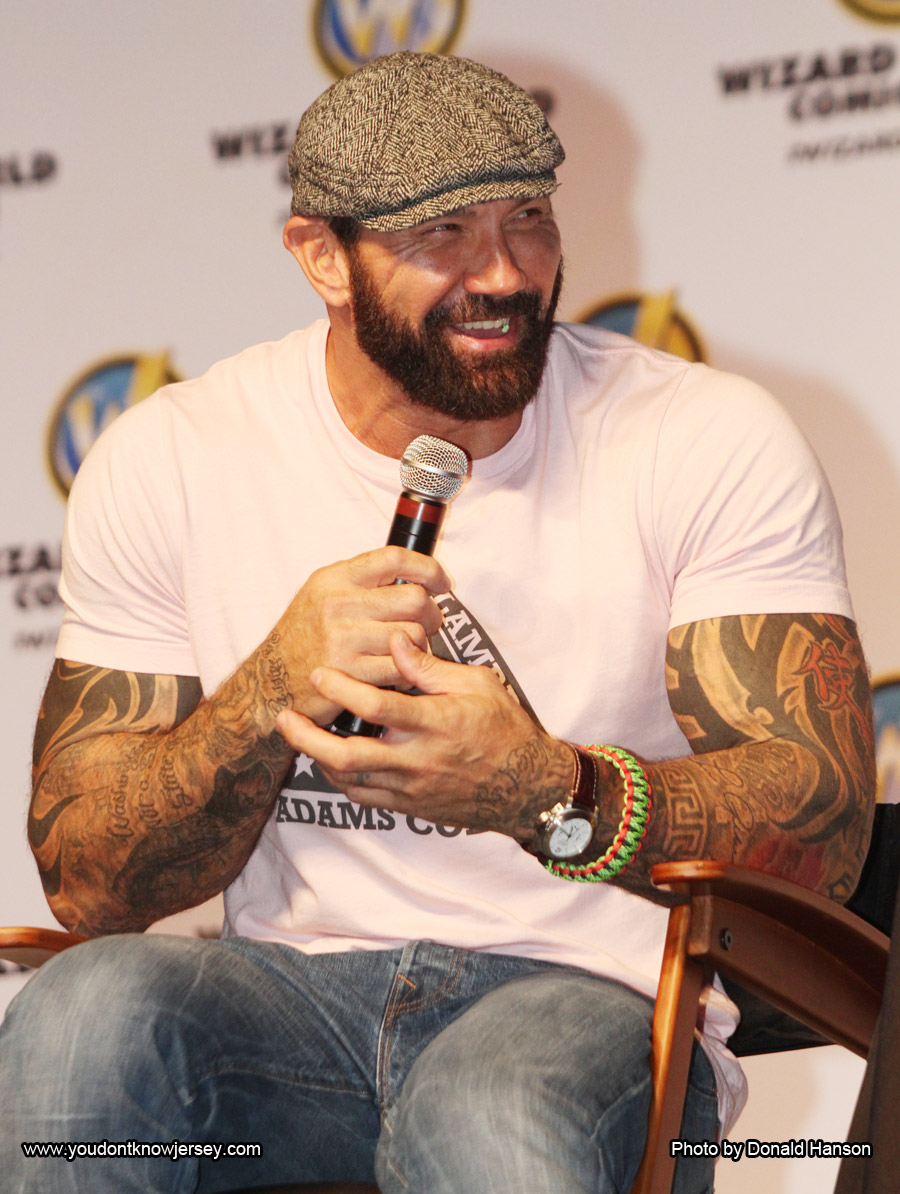 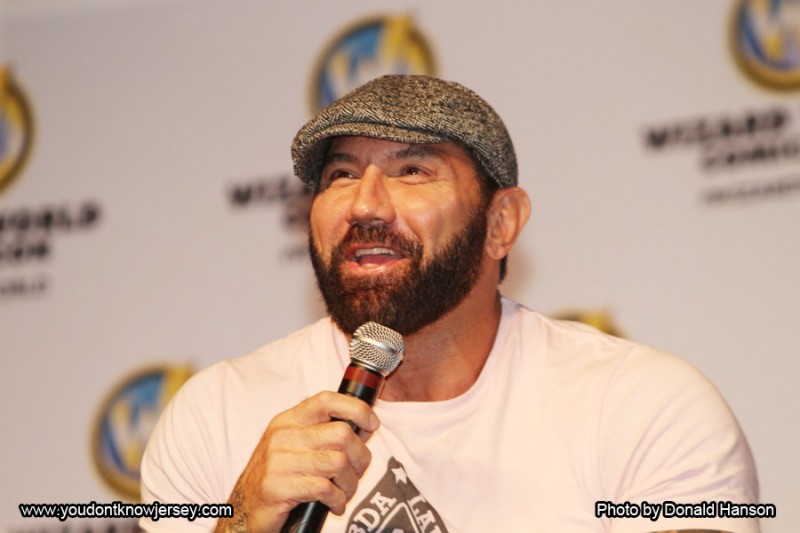 Q : I’ve been following you since your ‘Leviathan’ days. What was it like for you when you got the calls for ‘Riddick’ and also for ‘Guardians of the Galaxy’?

A : They are 2 completely different experiences. ‘Guardians of the Galaxy’ for so many different reasons I could sit up here and talk about for an hour meant that much more for me. This was really a make it or brake it role, I really been pounded the pavement, most people don’t realize for four years, just trying to get a roles and trying to get roles and this was such a huge role and something that was so unattainable for me, we just thought this was the biggest long shot and after each callback we were getting closer and closer and had so much emotionally invested into Drax. We wanted it so bad that me and my manager, who is also my best friend who’s out here somewhere, we literally broke down because we were exhausted and drained emotionally and physically. Attaining the role of Drax was on a different level of want/need. 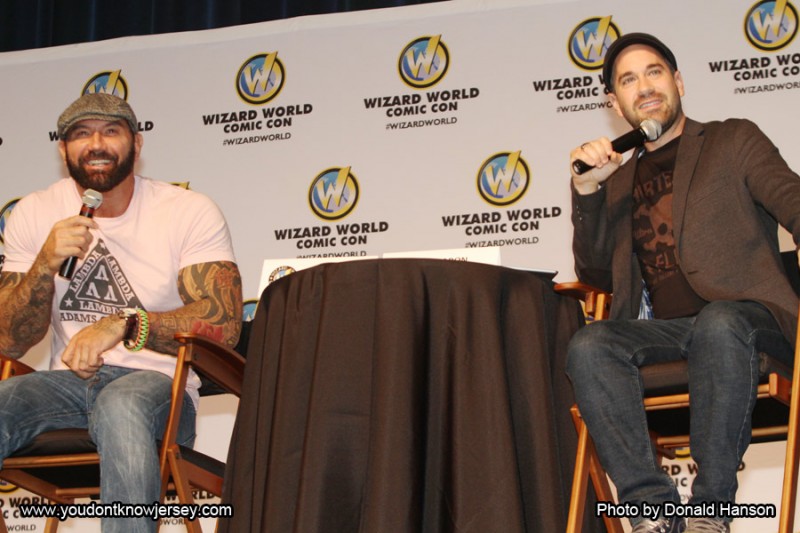 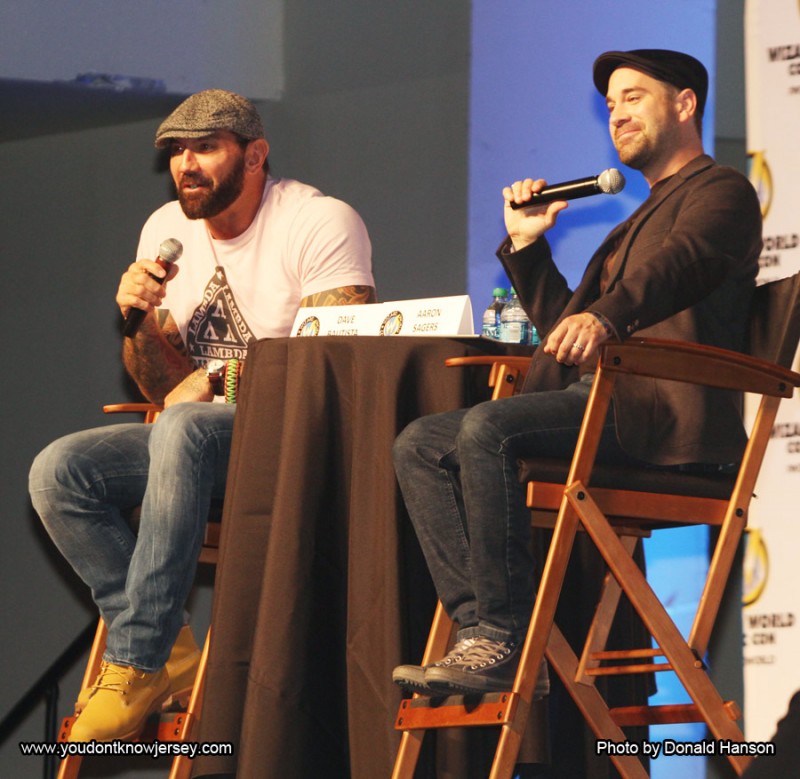