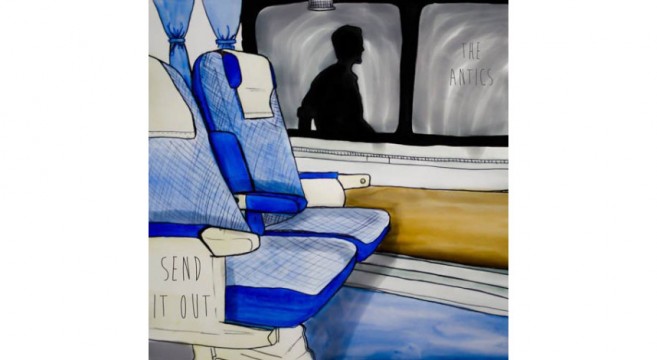 The Antics Explore the Dark Side with ‘Send It Out’ – Interview

With their new EP Send It Out The Antics step out of the light to explore the darker corners of themselves. It has been less than two years since their strong debut album Running Faster was released but the new record is a quantum leap into maturity and confidence. Send It Out finds the band a little older, a little wiser, a little tougher. The album sounds like it was made by a band that you don’t want to mess around with. 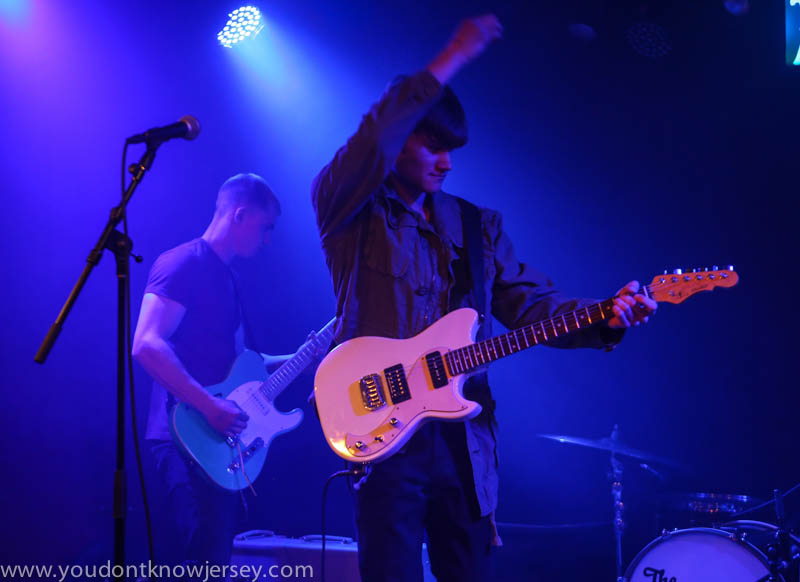 From the electrical buzz and distorted guitar intro of opener “Plenty of Time” you can tell this isn’t the Antics you’re used to. And that is exciting. This is a big and bold sound. Singer and guitarist Luke Meisenbacher warns early “Never gonna let you deal my cards again, never gonna let you in my house again.” The post-punk sound the Antics are known for is there. Only it is now enhanced with a healthy dose of distortion and attitude. A strong opening statement for sure.

“I Don’t Want To Go Back” is a sinuous rocker with slashing guitars reminiscent of Gang of Four. The Antics slow things down a bit with the alluring title track where one can hear a bit of the influence of The Doors. The last half of the song is a wall of noise with layered vocals, drums and guitars. The retooled single “Love and Roses” follows and it is a perfect mixture of upbeat melodies with jangly guitars and smooth vocals from Meisenbacher.

“When You Say” sounds the closest to the sound of Running Faster but handled with more confidence. The closer “Girls Are Troublesome” has an atmospheric intro that Robert Smith might wish he had come up with. The moody and slower paced song perfectly accentuates Luke’s deep voice here.

The Antics, now a three piece band, have come a long way in two years. Send It Out sounds like a band that has found itself, learned its strengths and knows where it wants to go.

Luke answered a few questions for us:

The new album is a bit darker than Running Faster. Was it a conscience choice to go in that direction or did you find yourself in that place?

I think there’s more to explore in darker music than there is in happy music. A lot of times when you’re feeling sad, you listen to dark music, you relate to it, and you feel better because you feel less alone. There’s only so much mileage you can get out of complete euphoria.

You experiment with some new sounds on this album including a live conversation snippet. Do you experiment a lot in the recording process?

I try to because it allows you to expand on what you already have. With zero experimentation a lot of these songs would just be oddball acoustic jams. I often write with the acoustic. But sometimes in the studio it can be hard to mess around if you don’t have carte blanche. That’s why we do most of the experimenting at home.

Your sound is influenced by 80s bands and you recently mentioned on Facebook that you have a few favorites. Who are some?

Josh and I never seem to tire of Echo and The Bunnymen. I started listening to them right after Running Faster came out in 2012, and I still listen to them. Then there are the expected ones like Joy Division, and to some extent, The Cure. You can hear some of our Gang of Four influence as well.

Does the album cover, designed by Maggie Carey, have a special meaning to you? A departure of sorts?

When I wrote most of these songs, I took the train a lot in order to commute to and from school. Girls Are Troublesome was actually written on the train with a synth plugin that I have on my computer. And “I Don’t Want to Go Back” is exactly what it means. (I transferred and now I go to a different school)

What is next for The Antics? Will you be doing some touring for Send It Out?

We’re working on another EP/half album. We probably won’t be doing any live stuff until after that one is out.

You can pick up Send It Out on Bandcamp and iTunes.