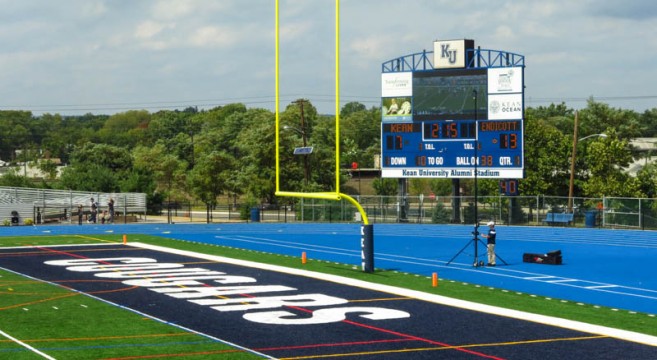 First up, we drove to Union to see the Kean University Cougars take on Endicott College.

Tickets were reasonably priced at $10 for reserved seats, $5 for general admission in bleachers, $2 for Seniors and children.  We chose the bleacher seats since we knew we’d be walking around a lot and didn’t want to be stuck in one particular seat.  There were plenty of seats on both sides of the field. 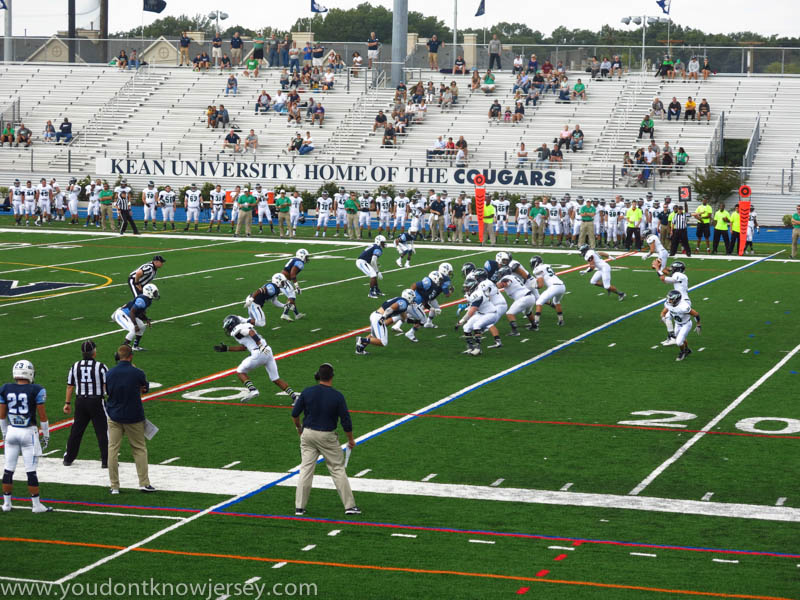 Kean’s Alumni Stadium underwent a complete renovation in 1998 which included a synthetic turf field, the addition of an eight lane competition track, lights, press box and seating for 2,300 spectators. In 2006, seating was increased to 5,300, including the reserved seats which are 300 chair back seats at the midfield of the home bleachers. There are also two Daktronics scoreboards one of which has an HD quality video board, which is a first at the Division III level in the state. 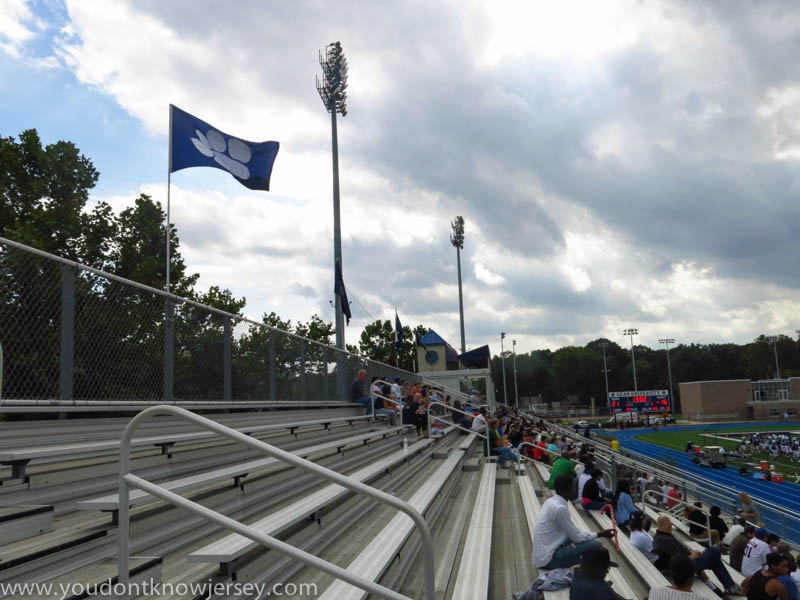 Unfortunately, Kean lost this game to Endicott but Kean still got a couple of touchdowns and moments where they looked like they were playing on all cylinders.  They came out cold in the second half, though.  Let’s hope the coaches were able to use some missed tackles as teaching moments and they can improve over the season. 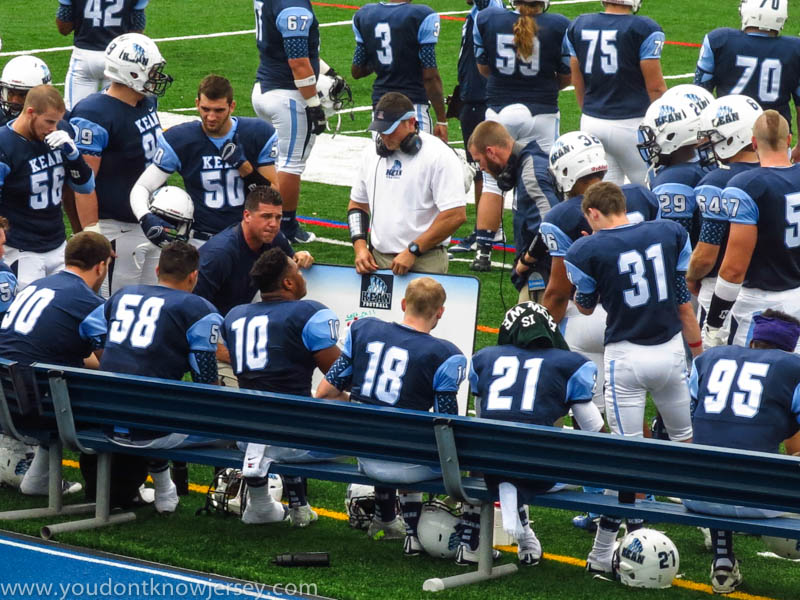 At halftime, we were disappointed that there wasn’t a band or dancers or anything.  Sure, a marching band would have been great but even a small pep band or a dance troupe wouldn’t have been out of the question, would it?  Instead we were faced with twenty minutes of silence.  It kind of killed the football atmosphere.  So, we hit the restrooms and concession stand. 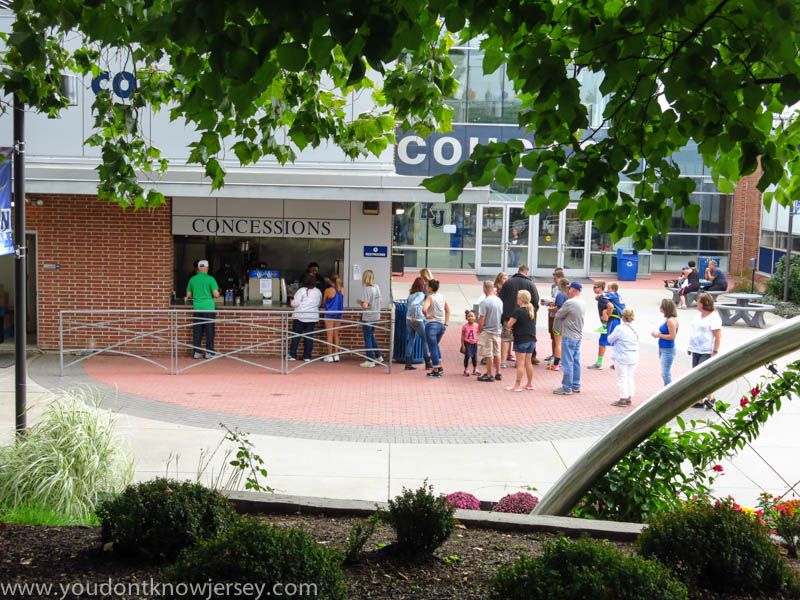 The concession stand and restrooms are in the D’Angola Gymnasium building directly behind the press box on the home side.  Concession menu was pretty standard with soft pretzels, hot dogs, chicken tenders, fries and nachos. There were plenty of stalls in the bathrooms which was great.  In the gymnasium atrium, there was a Kean Sports Hall of Fame to peruse while we waited for the second half. 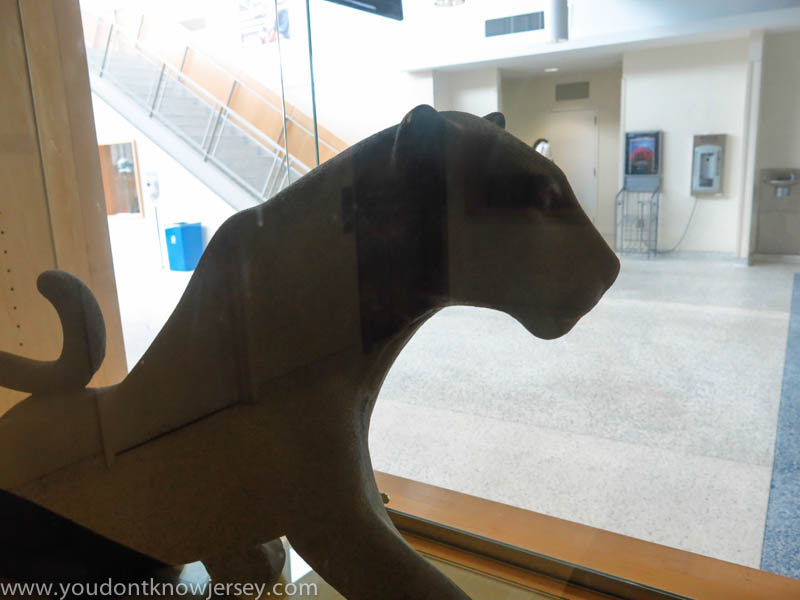 There are plenty more home games at Kean and it’s a nice way to spend one of these glorious fall Saturdays.  Think beyond Rutgers and go root for some other home teams.  Go Cougars!

Check out the rest of our pics from the Kean game: 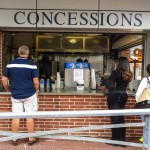 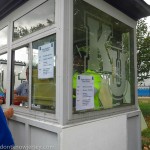 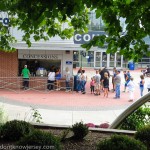 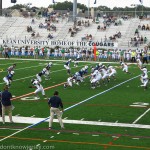 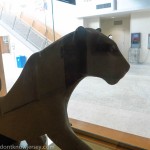 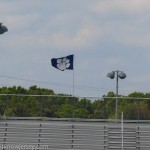 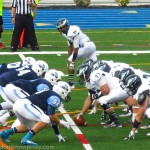 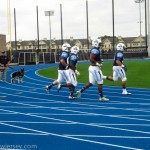 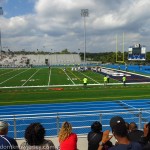 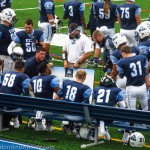 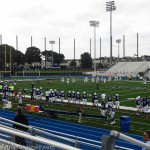 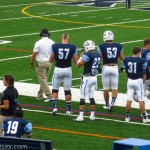 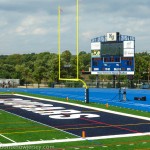 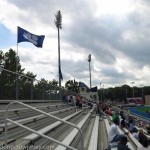 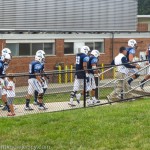 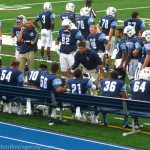