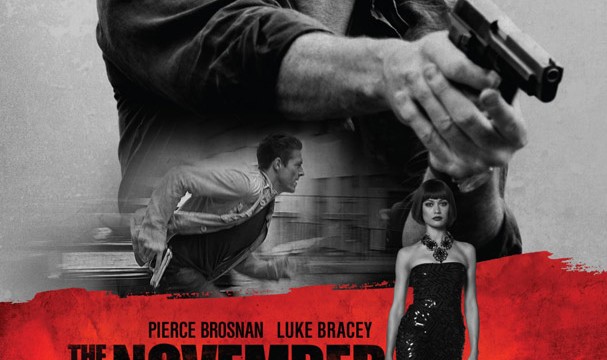 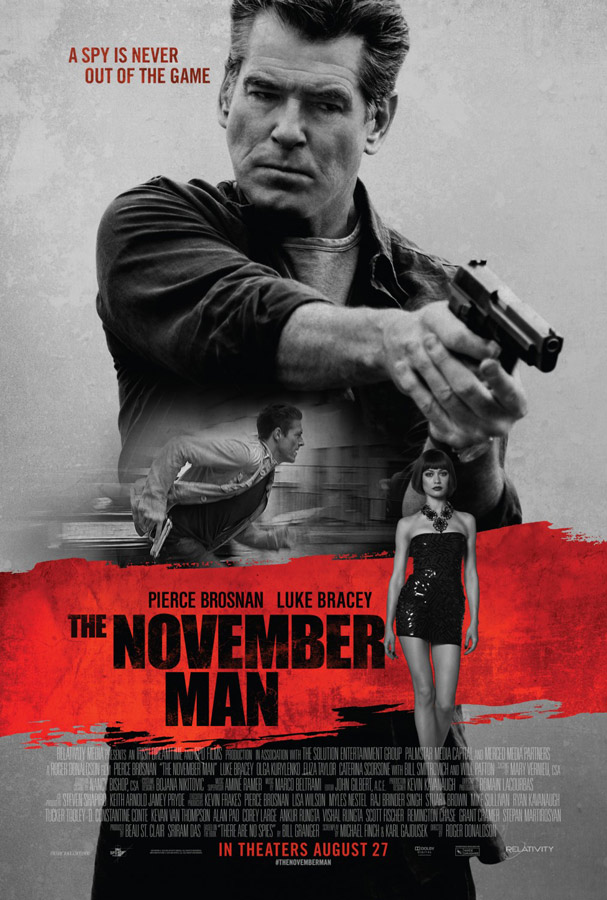 If you liked Pierce Brosnan as James Bond you will probably like this film. Think of his character Devereaux as his James Bond in retirement. The main difference being that he carried out operations working with other agents as opposed to the mostly solo style of James Bond. Obviously the makers of this movie feel that he makes a good spy/hit man and have capitalized on this in the marketing.

In November Man, Devereaux is a retired spy who gets pulled back in when a romantic interest of his is at the center of international political espionage and her life is in danger. The other lead character of the film is the younger agent Mason (Luke Bracey) who worked with Devereaux when he was active. Mason had some trouble following orders and they have a strained relationship to put it lightly. Olga Kurylenko plays Alice, a key character at the heart of the political corruption scandal at hand.

This film is very well put together with multiple plot twists and beautiful locales. As a political action suspense thriller you could do worse. The movie feels a bit inconsistent at times, slow at others and emotions explode in ways that could have had a smoother build but those are minor complaints. The cinematography and pacing are flawless and the movie looks great.

If the subject matter and commercials interest you, this is a competent if not spectacular film of this type. Brosnan, Bracey and Kurylenko are all solid in their roles.