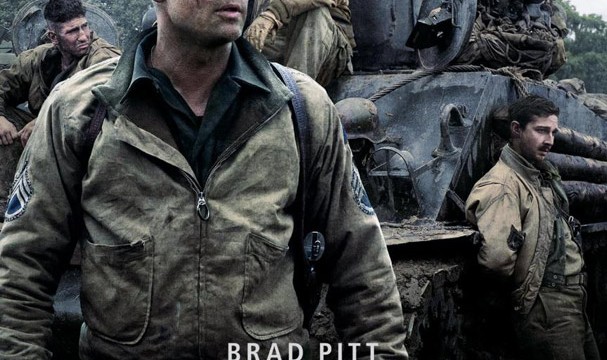 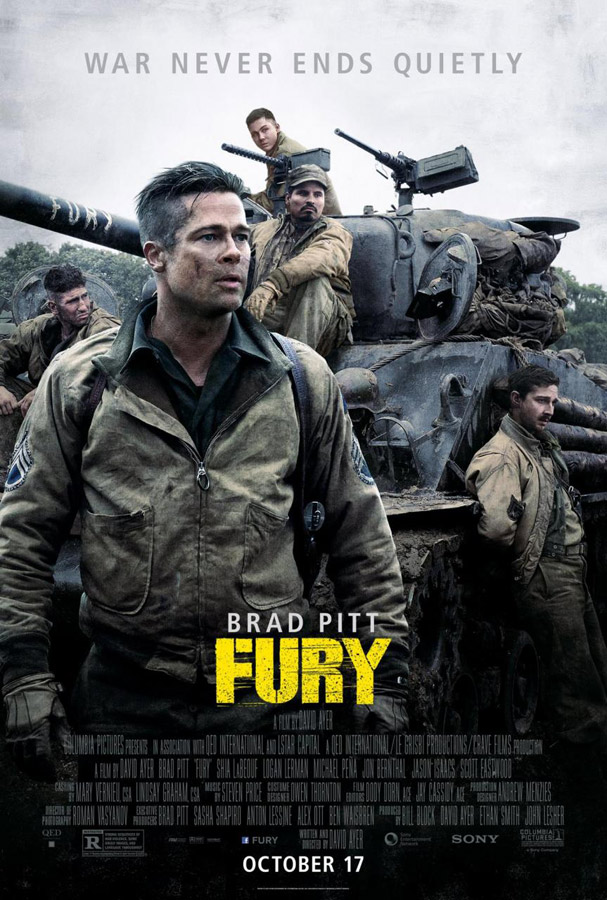 Fury takes place during World War II. It stars Brad Pitt as the leader of a Sherman tank taking on missions behind enemy lines in Germany. Making the situation all the more difficult, the German tanks are far more advanced than the American ones. Depsite that, Don ‘Wardaddy’ Collier (Pitt) and company continue to do the best they can.

The cast great all around and features Shia LeBeouf, Logan Lerman, Michael Pena and Jon Bernthal. The story follows them through battles, meeting up with other American troops, what happens when they run into locals in towns and the dynamics amongst themselves. The film excels very well during the non-action character driven scenes and does a good job of making the battles easy to understand and entertaining to watch. In fact, from the shot perspectives to the graphics of the artillery, the battle scenes reminded me more of the Hoth Battle in ‘The Empire Strikes Back’ than a war movie. That makes sense because World War II was probably the inspiration for the style of that scene. The battle at the movie’s ending is elaborate and exhausting.

While the movie is very well made in pretty much all respects it does have a couple weaknesses. The first is that the characters are very one note. From Brad Pitt and going down the line we don’t get much background on them and they seem to each be there to represent a specific trait. None are given anything more complex than that.

The other issue with the film is that the ending doesn’t really make sense. I was really hoping that this story was based on some true events but the movie makes no such claim. Considering that it is set in Germany, the actions of the German soldiers at the end seem to be extremely irrational and only serve to make the story work. I can’t imagine anything like this actually happening. So while the film is solid on an entertainment level, it leaves you wondering why the ending didn’t go a different way.