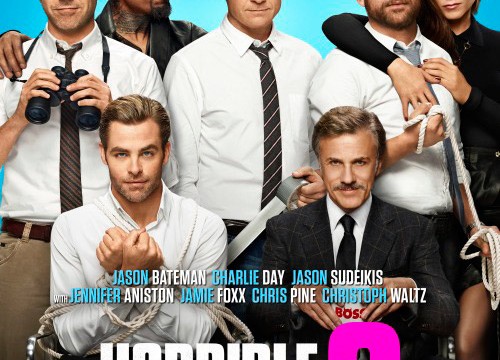 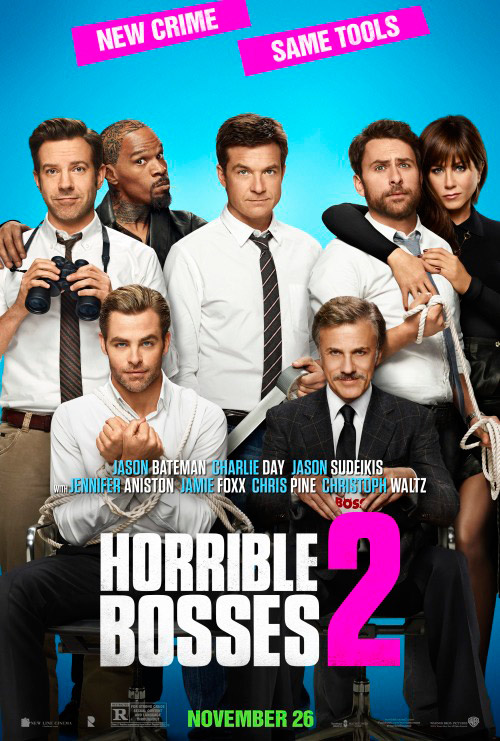 Horrible Bosses 2 brings back pretty much the entire cast of the first film as possible and adds some new faces as well. I liked the first movie but did not know what to expect with this sequel. Our leads Nick (Jason Bateman), Dale (Charlie Day) and Kurt (Jason Sudeikis) have decided to try to become their own bosses by making their own invention and stating a business. In the process they are double crossed and find themselves in big trouble.

Thankfully, Horrible Bosses 2 doesn’t make the Hangover mistake of simply repeating the exact same plot again. I understand that some sequels think that giving the audience more of the exact same thing is a safe recipe for success but really what that does is ruin franchises. It is refreshing how Horrible Bosses 2 breaks new ground by being original and covering completely different material than the first film.

The most important aspect of this series is the relationships between the 3 leads. This movie continues their misadventures without missing a beat and the tone and dynamics is exactly the same as the first film. In an inspired and clever move, Jennifer Aniston’s Dr. Julia Harris is given a new storyline and instead of focusing on her relationship with Dale, we get a brand new situation involving her relationship with Nick. Aniston is great and she is appropriately aggressive and shameless in this uncharacteristic role for her.

Jamie Foxx is back as well with the same bad negotiating skills and barely there advice that somehow turns out to help. New addition Chris Pine brings high energy, good comic timing and some surprises.

As with the previous movie Bosses 2 brings some subtle satire about the economy. While the first film was about the behavior of bosses and their relationship with their workers, this time around that is explored more and from a different angle but the issue of wealth is brought in as well. There is some timely comparisons to the state of the economy today.

Horrible Bosses 2 may not be as good as the first one but it still delivers and I can’t see anyone who liked the first one disliking this one. Be sure to stay for the end credits which include ad libs, outtakes, different takes of lines and scenes and bloopers.