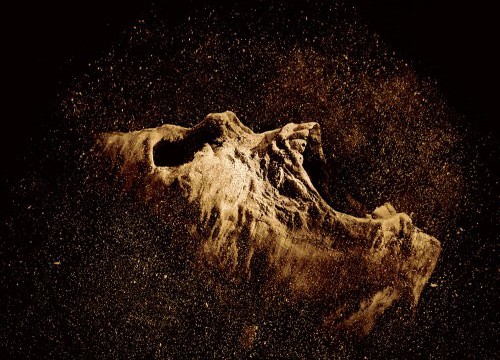 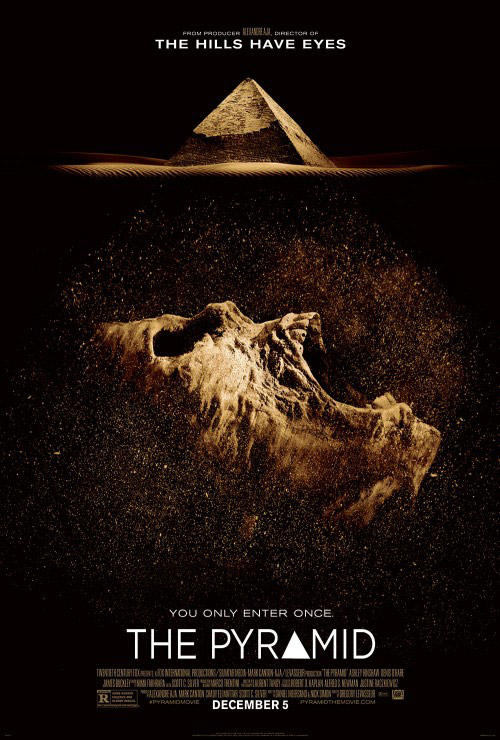 When it comes to horror movies of previous eras, the factor contributing most to my sense of dread was my fear that the film was going to be bad. Horror movies have gotten a lot better since then and now even the ones that aren’t great are still solid entertainment. The Pyramid falls into that category.

The movie uses the time tested and universal fear of claustrophobia and being buried alive as well as being hunted by unknown creatures. Movies like ‘Descent’ and the recent ‘As Above So Below’ used this formula successfully as well.

The  newly discovered Pyramid that our main characters are exploring happens to be underground and older than the known ones. They literally had to dig just to reveal the very top of it. The idea that what’s inside will predate what other people have found is a great story point and makes the mystery of what they will find more fascinating. What’s there will be truly ancient and not of the modern world.

The characters and their relationships are developed adequately, if just barely, for a horror movie. However the story and background are above average and a nice touch. The film has a couple of good scares and a mostly well done but slightly awkward at times tone and pacing.

Overall if you are looking for a horror movie this delivers with a good story and decent entertainment value.