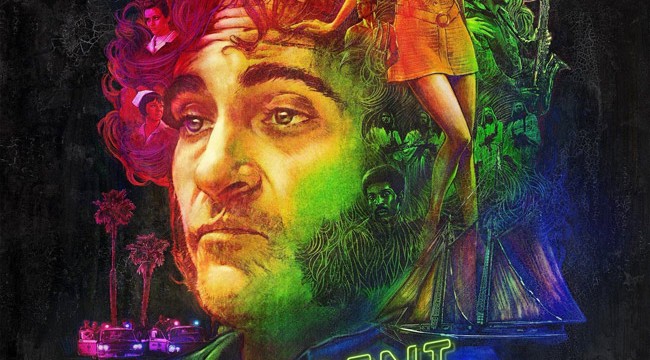 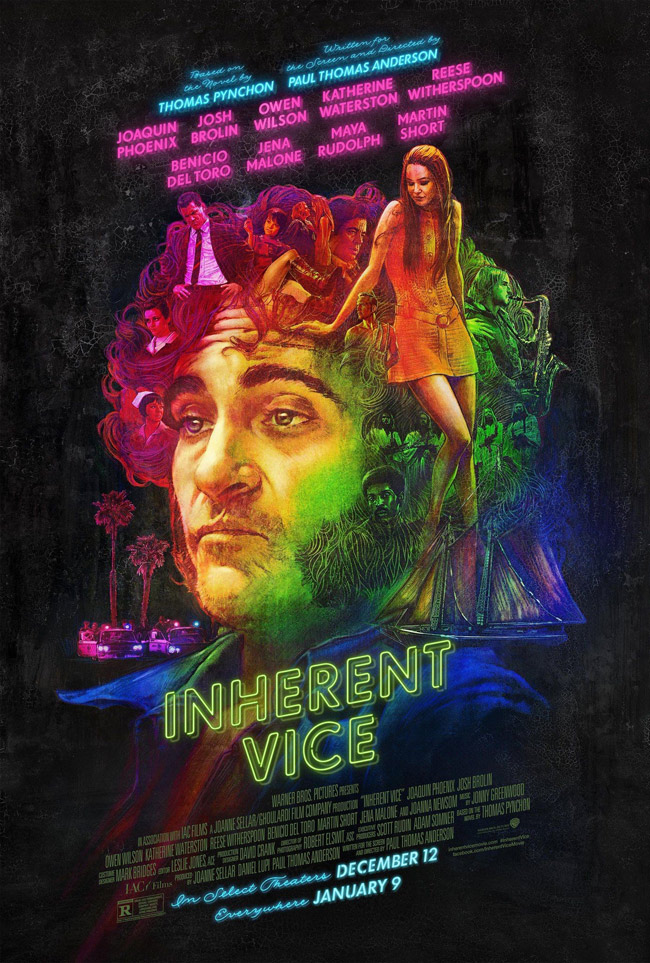 At the screening of Inherent Vice that I attended the audience was left dazed and confused. As they milled about in the lobby after the film, there were two things pretty much everyone agreed on. 1. No one knew what was going on during the movie they just saw and 2. Josh Brolin was terrific.

Inherent Vice is a jumble of excellence with very little coherence. When I saw the end credits it all made sense. The film is based on a book. This has been the case numerous times before as in the case of Tinker Tailor Soldier Spy, another movie that was top notch in every respect except that the audience had no idea what was going on. I am convinced that if you read either one of these books before seeing the movie that then you would be able to follow it. That is, unless the book makes no sense either.

Okay, so technically there are some elements of the story that you can follow but you never feel like you understand why things are happening or understand the characters very well. My advice : either read the book first or just enjoy the acting and film making and don’t even try to figure out what is going on.

Joaquin Phoenix is great as is the rest of the cast and there is a lot to appreciate here. The cinematography no longer has the kinetic energy of previous Paul Thomas Anderson movies such as Boogie Nights or Magnolia but it still has its own voice and feel and speaks to the audience by what it chooses to show you.

A more fitting title for this film would have been ‘Incoherent Vice’. At least I would have known going in not to try to follow the story. At least the movie lets you know what the definition of Inherent Vice is. There are definitely aspects of this movie worth seeing but if you are looking for it to make sense you will wind up frustrated, bored and annoyed.