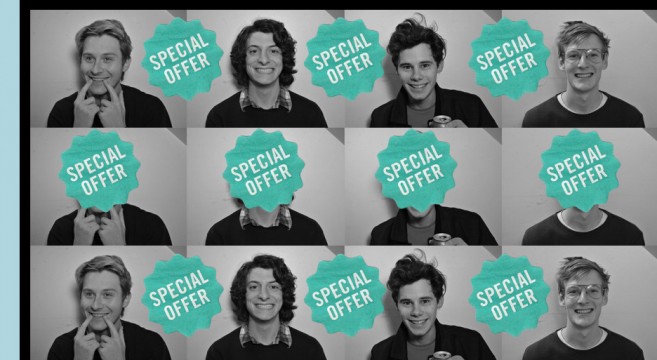 We recently named Sink Tapes one of our 35 Bands We’re Excited About in 2015. One listen to “Small Lipped Bird” and you will know why. The New Brunswick band has a knack for creating perfect indie pop songs reminiscent of 80s era R.E.M. and The Jesus & Mary Chain. Now that is right up my alley as the alternative music of that time was basically my soundtrack through high school and into college.

“Small Lipped Bird” opens with some great, Byrds-like guitar from both Ricky Kuczynski and Alex Kielmanski along with the steady bass of Thomas Dalzell before the breezy vocals kick in and we are treated to a splendid piece of jangle pop. Drummer/Vocalist Gabriel Chiarello has the perfect voice to deliver the lyrics with romanticism. The song ends in whirlwind of guitar that not only shows what the band is capable of musically but also hints at the great stuff you can expect on the upcoming album.

If you like what you hear, and if you are a fan of guitar driven college music you probably do, you can pre-order Creases, which will be released on January 17th, on CD and cassette over at Sniffing Indie Kids.