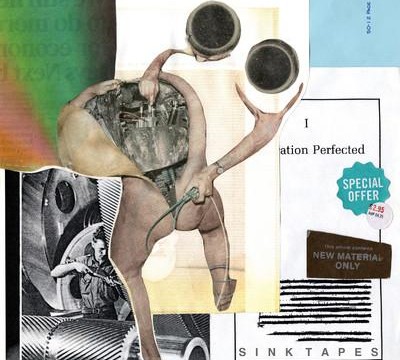 The music of the 80s and early 90s alternative scene was a big part of what I was listening to in high school and college. While a lot of folks were happy listening to the thriving commercial pop stars of the moment my tastes leaned more to the music that stations like WLIR were playing—one of the first radio stations to play the early work of indie bands such as R.E.M., The Smiths and The Cure. The new record Creases by New Brunswick band Sink Tapes remind me of the best indie music of that time.

The album opens with “Maybe Gray” which has an upbeat and fresh guitar pop sound that lays the foundation for what lies ahead. Drummer/Vocalist Gabe Chiarello’s voice does remind me of Jim Reid of The Jesus and Mary Chain and it works very well here. “Bugs” slows things down with a steady bass from Thomas Dalzell and some great vocal harmonies that are showcased again later by the fantastic “You Sulk When You Sleep” which also has some wonderful acoustic guitar. The band really excel at that indie guitar pop and there is no better example than first single “Blow Me A Kiss.” 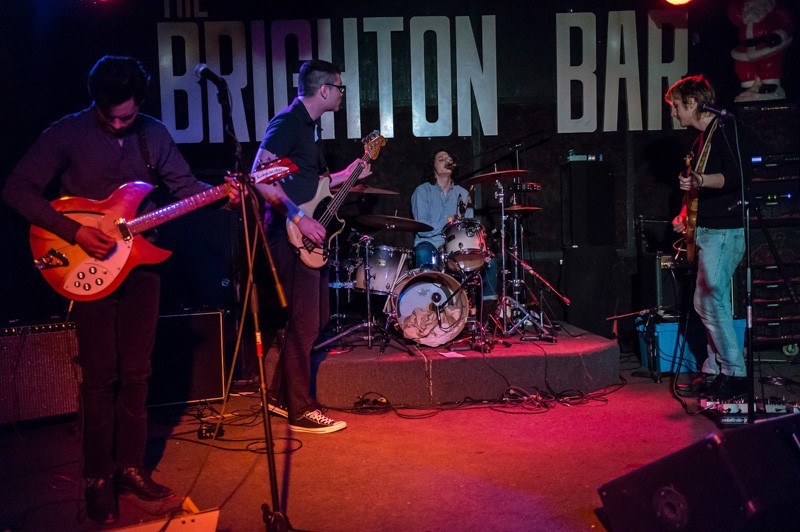 The layered guitar interplay throughout Creases from Ricky Kuczynski and Alex Kielmanski is quite amazing. The band has been releasing music at a furious pace and they definitely sound tight. Just listen to “Small Lipped Bird,” which we premiered on YDKJ, if you need more evidence. They can also play a bit edgier as in the fuzz guitar driven song “Temporary Secrets” and the heavy “Little Wriglys.” There is even a Beatle homage of a sort with “Dr. B” so this band is not just one note.

Creases is a top-notch, well crafted jangle pop album that I will be listening to all year. Roger McGuinn would be proud.

You can stream Creases over at Speak Into My Good Eye then pick it up on CD or cassette here and iTunes. The CD and iTunes download has lots of bonus material.

Gabe answered a few questions for us.

How did you guys get together?

We met at other shows and through friends of friends, it was a rare case of getting together with people to “jam” that wasn’t an absolute nightmare.

Your sound is influenced by 80s alternative bands such as R.E.M. and The Jesus and Mary Chain. What is it about this period of music that appeals to you?

I’d say Replacements are the most important of that era for us. I don’t think any of us have even been listening to much of that stuff lately. We’re stealers of all sorts of music.

You have been working at a furious pace releasing a lot of high quality music in the last few years. That shows a lot of dedication. Are you writing, rehearsing, and touring all the time?

Writing, recording, rehearsing- Yes. Touring- As much as we can when we can, while I’m finishing up school.

What is the most important thing you’ve learned about recording since your first record?

What is the number one challenge playing live as a drummer/vocalist?

It’s nice, not a challenge. I hide at the back of the stage behind drums.

Your new record Creases has a lot of extra material including lots of demos. Did you want to give fans a sense of how some of the songs came together?

That basically came out of constantly recording. When I record a demo I look at it as potentially a finished song, so sometimes only one version will exist because the first take was the best take. If it’s not quite finished well then I have a good quality demo so might as well release that too, why not? I’ve always been into bands who aren’t all about the smoke and mirrors of studio production and can show the real thing, ya know? I’ve also always been attracted to artists who don’t limit the life of a song by only playing it one particular way. So why not record multiple different versions of the same song? That’s my rant.

Who are some current bands you are into these days?

The record “New Colony” by our friends in Secondary Modern from Carbondale, IL hasn’t left my player in days. The new Iceage record is great.