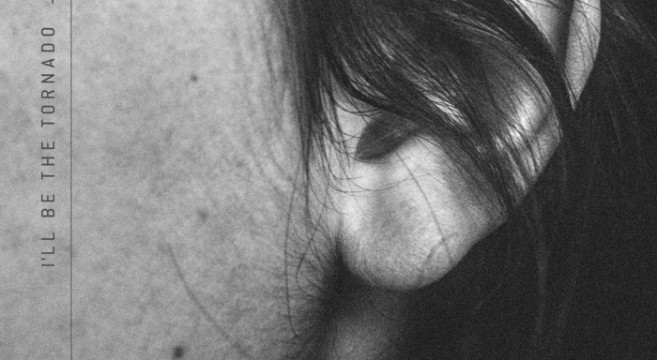 Dads are a duo originally from Piscataway and who are in my top three favorite bands from New Jersey.  They play Asbury Lanes tomorrow night so, of course, we’ll be there. $10 Tickets are still available so you should come, too!

I’ll Be the Tornado was released last October. The group has moved to Michigan in the mean time but I’m trying not to hold that against them.  I’m familiar with the area they live in now and I can’t even begrudge the move.  I’d move there, too, if I had the option. The new album’s themes sound like there are some relationships that John and Scott are trying to work out after their move.  Love has been lost, regretted and rekindled throughout the album.

I didn’t think it would be possible for me to like a Dads release more than I liked 2013’s EP, Pretty Good, but that’s exactly what’s happened with this full length I’ll Be the Tornado.  Acoustic opener ‘Grand Edge, MI’ is hauntingly beautiful and morphs into a harder rocking song in the second half.  The soft open and harder closing statement reminds me of ‘No We’re Not Actually,’ the tear-jerker final song off Pretty Good.  Both songs have a similar lyrical theme, too.  Maybe that’s how they pulled me in?

Dads have a way of singing about dark topics with the most twinkly/jangly lines of Scott’s guitar that are hard not to bop your head to.  ‘Chewing Ghosts’ and ‘The Romantic Ocean’ are two such songs.  The lyrics’ mixing with the happy guitar invoke a Morrissey/Smiths vibe where it’s possible to not even notice how dark the song actually is if you’re just grooving along with the melody and instrumentation.

While you were always there waiting,

with your coffee breath,

with your shitty eyes,

and your deep chest,

and your cracked skin hands

that held the best,

you always knew the rest,

you know the rest.

‘Sold Year/Transitions’ and ‘Sunburnt Jet Wings’ have a faster tempo and a harder edge musically.  It’s a welcome change and both tracks offer a nice break from the emotional longing in surrounding songs.

‘But’ is my favorite song on the album. There’s so much yearning in the lyrics that it’s palpable.  It’s also one of John’s most melodic vocals. The songs starts out in striking fashion with its start-stop drumming before hitting its stride. The song is the emotional heart of the album as it hits all the themes in its four minute ride.

Looking for a filler

Or some random body to hold

I’m not trying to stop time

I think I’m finally ready to get old

but I’m coming back to you

I’m done looking for some spaceship

And when I get there

It’ll be a storm

I’ll be the tornado

That keeps you warm.

Purchase I’ll Be the Tornado today and I’ll see you at Asbury Lanes tomorrow night!

Pin It
Previous post:
The Chris Gethard Show is Moving to Cable – Interview Next Post:
Things to do in Jersey – February 13 14 15 2015