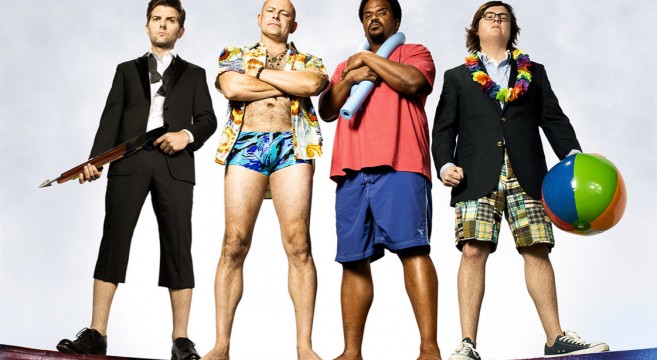 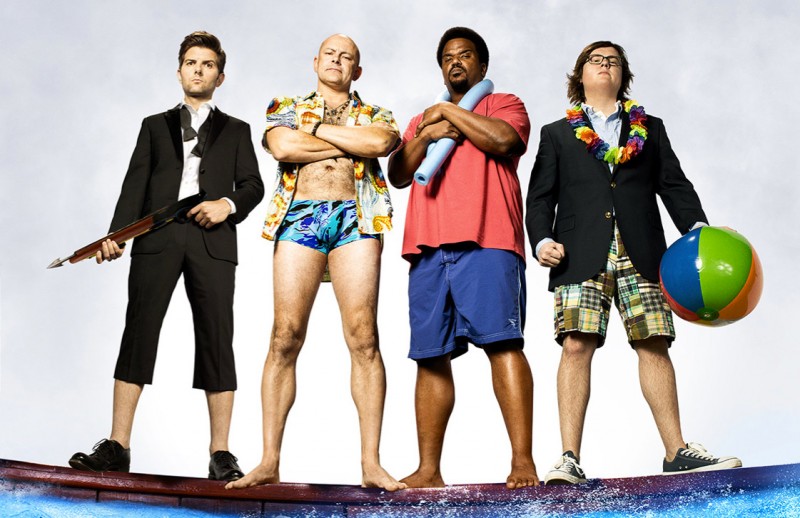 Hot Tub Time Machine was a surprise hit in 2010 and now here comes the sequel. I can honestly say that the strangeness of this movie was so overwhelming that Im really not sure if I liked it or not.

The first film had a certain charm and Back to the Future type scenario. However, at the end of the movie the present had been severely changed in a way that was a mockery of how knowing the future could be used your own gain. The ending played like a final joke of what they could accomplish with time travel and had a completeness to it. In this film they use that as the starting point and if that wasn’t weird enough they extrapolate it into the future.

One of the impressive things about this film is that it is even stranger than the first. It really embraces the surreal. The first movie was pretty normal except for the wacky ending while this film starts out wacky and gets wackier. Another truly great aspect of the film is the great use of special effects and the way they bring the details to make this crazy future complete. The effects bring gravity and regard it with a certain level of seriousness.

John Cusack is the only lead that didn’t return for the sequel and is replaced by the always great Adam Scott who plays a relative of his character. Chevy Chase is back for what seems to be a pointless cameo. Maybe there is footage with him on the cutting room floor because his character has so little to do it doesn’t make any sense.

Like I said before, I really don’t know if I liked it or not but I am happy to have have seen it and it was definitely an experience. Its kind of a mishmash, stream of consciousness style mess. I have to point out that the end credits scene is excellent and in some ways the best part of the movie.