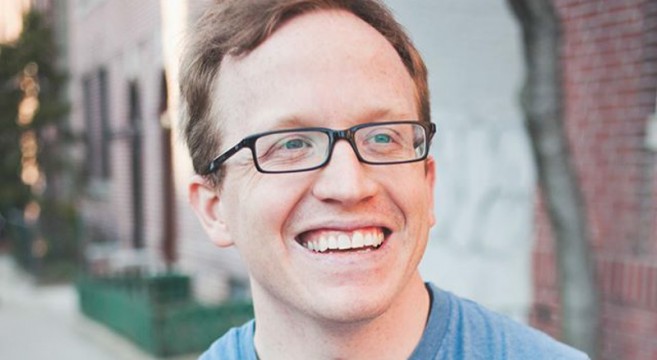 The Chris Gethard Show is Moving to Cable – Interview

The comedian and West Orange native Chris Gethard will be bringing his popular NY public access program The Chris Gethard Show to cable television. The fairly new Fusion Network has commissioned 10 episodes that will begin airing in April. Gethard joins both Will Ferrell and Zach Galifianakis as executive producers.

The show got its start on the stage while Gethard was with the Upright Citizens Brigade, the improvisational sketch comedy group. From there the show moved to public access on the Manhattan Neighborhood Network where it developed a devoted cult following. The show’s offbeat, DIY format featured call-ins from fans, big time guests, an interactive studio audience, featured regulars and some wild antics. Thankfully the show won’t change too much. Gethard wants to preserve the qualities that made it so endearing on public access. 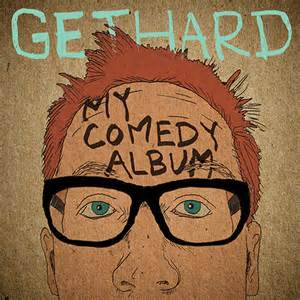 Chris kindly took some time from his busy schedule to answer a few questions for us.

What was it like growing up in West Orange?

Growing up in West Orange was fifty percent the best, fifty percent completely terrifying. I grew up Down the Hill, in an Irish Catholic neighborhood, where kids roamed the streets and you kind of had to learn how to handle yourself early. Went to Edison Middle School, which at the time was no picnic. It was definitely a weird town. Anyone who grew up there in my era will remember the guy who used to dress up as Elvis and push around a lawn mower, and he was only one of about a dozen local lunatics we all were wary of. That being said, I think it really made me who I am. It made me question things and also made me learn how to work hard and how to fight for things I want. I don’t regret growing up there, though I’m aware it definitely messed me up psychologically a little bit. I think almost anyone who grew up Down the Hill in the 80s and 90s would echo these sentiments.

Did you watch a lot of cable access as a kid? Were there shows that influenced how you wanted your show to be?

It wasn’t exactly cable access, but Uncle Floyd had a show he made himself and distributed around New Jersey and I really loved it. It was so weird and honest and unapologetic about what it was. I really was inspired by it and have a lot of fond memories about it. I also remember this very bizarre show called Egg TV that used to be on in the middle of the night on random channels. That one really made me scratch my head but I loved that it existed.

What do you think is it about The Chris Gethard Show that inspires such a devoted following?

We really care about our audience and want them to participate in the show, and that’s not just something we say. I think a lot of shows are all like “Milennials! Interactivity” and it’s like, those are marketing buzz words. We really just genuinely care about the people who watch the show. Not many people watched the show in our early days and we cared about all of them. It means a lot to me personally whenever any single person tells me they support the show, and I think they can sense the authenticity of that. I need them as much as they need the show, and that loyalty goes in both directions.

You perform lots of wild stuff on the show. What is the worst injury you suffered?

Actually my worst injury came when we were doing a live stage show at South by Southwest in Austin. I thought it would be funny to make a Human Sundae, where I’d be covered in ice cream and toppings and the audience could come on stage and eat the Human Sundae and meet me in the process. Unfortunately this ended with me having blisters from frostbite all over my elbows and big giant red patches of freezer burn all over my thighs.

You must be super excited to be headed to Fusion. Will the show basically use the same format? Are you working on some new ideas for the show?

The show will be half an hour long now instead of an hour, that’s the big change. And we are always cooking up new ideas. We’ve managed to pull off some cool stuff without any budget, so I’m thrilled to see what we can cook up now that we can actually fund some true idiocy.

It’s good to see you back for the second season of Broad City. If you were a manager of an office would you manage it like Todd?

I would care so much less than Todd. Any office I managed would shut down quickly, because I would not care at all.

Our friends The Front Bottoms playfully murdered you in their video for “Backflip.” Nice to see you on your feet again and can you really eat an entire piece of pizza by shoving it in your mouth?

That footage is not doctored in any way. I actually did that. The members of the Front Bottoms were equal parts impressed and disturbed that I took down that whole slice in one bite.