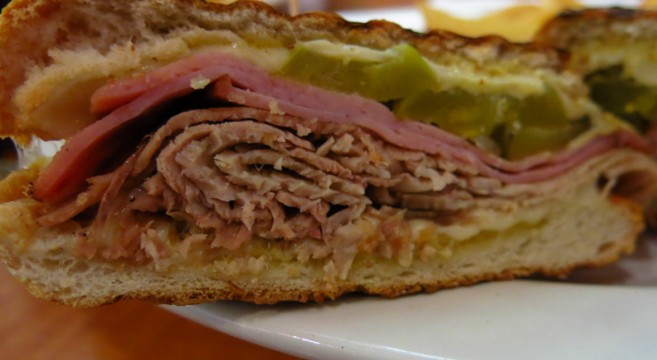 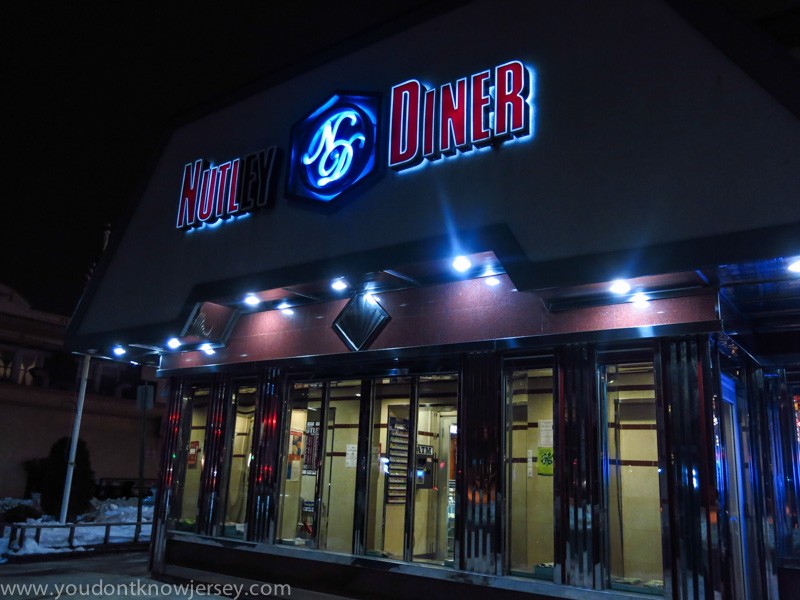 The Nutley Diner is a “true” diner in that it’s open 24 hours a day, every day.  There are still quite a few of these left but the numbers are definitely dwindling.  A few years ago, NJ Monthly magazine stated that there were only six 24 hours diners left in the state. This is most definitely NOT the case since we can name more than six without even researching it.

Anyway, Ed and I love the Nutley Diner.  It’s hard to say that something is your favorite in a category like NJ diners because there are so many good ones.  But, we just keep coming back to Nutley.  Their breakfast is amazing and the lunch and dinner is even better.  Their soups are some of the best soup we’ve ever had, especially the lobster bisque and minestrone. Their burger always ranks among the top ten of our favorites in the state. The servers are always friendly and there’s one in particular that my brother-in-law has a little thing for, too. 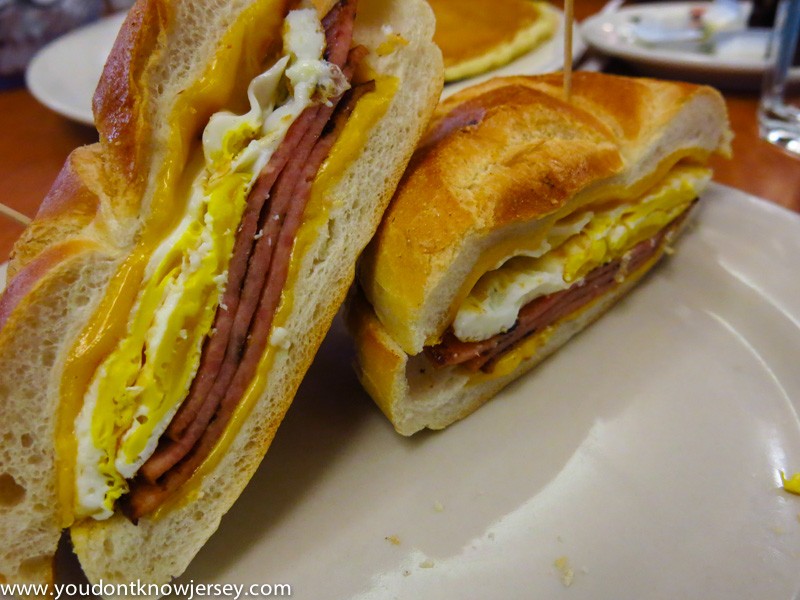 Just the right amount of meat, two layers of cheese and eggs cooked perfectly.  The roll is soft inside and a little flaky and crispy on the outside.  It’s the prototype for the NJ classic. 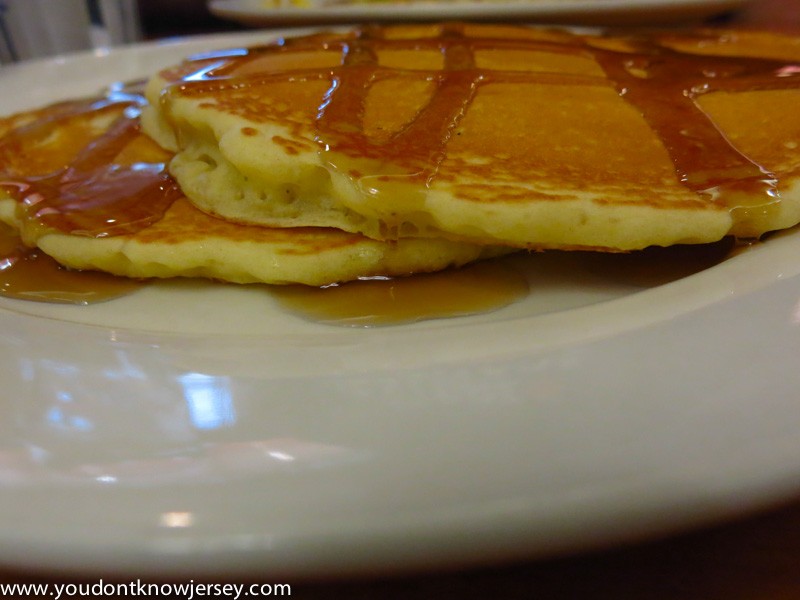 Again, perfect.  Fluffy and moist, these pancakes are not too heavy but are still those nice big diner pancakes that will fill you up.  And, they serve the syrup in the bottle to pour out just what you need rather than having to fumble around with those little pull-top cups. 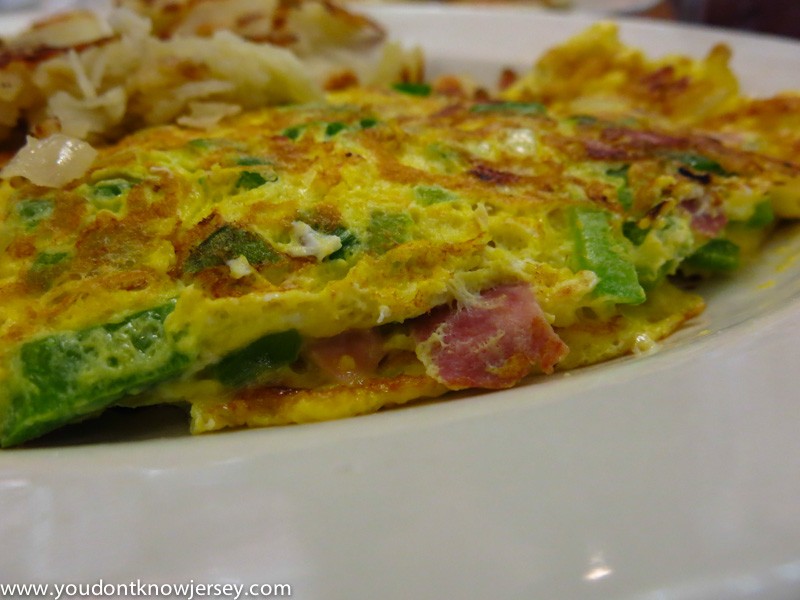 Ed’s dad got so many of these when we came here with him that we practically didn’t need to get one to write this review.  The waitresses all knew his order when he came in and it was always the Western Omelet.  The veggies are chopped fairly but but they’re well-cooked so there aren’t large pieces of raw veggie inside. The one we got was a little too well-done but we didn’t ask for it to be done any particular way so it could have been cooked lighter if we’d thought to ask. 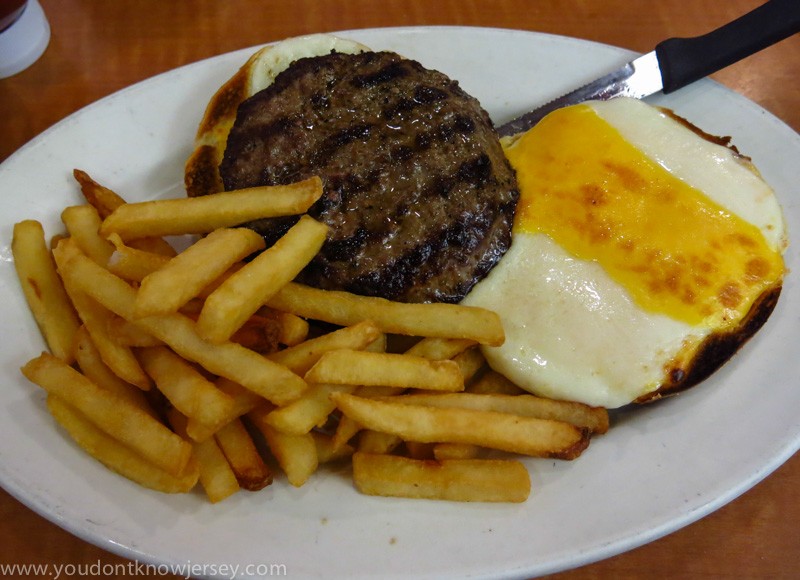 We got the Super Cheeseburger which comes with melted American, Swiss and Cheddar cheeses.  Crazy good.  Beautiful, even.  The melting cheese folding over the burger between bites was as good to look at as it was to eat.  Their burgers are 1/2 pound of meat that’s makes a nice big burger but not too big. The brioche bun was toasted and delicious. Just the quintessential burger. 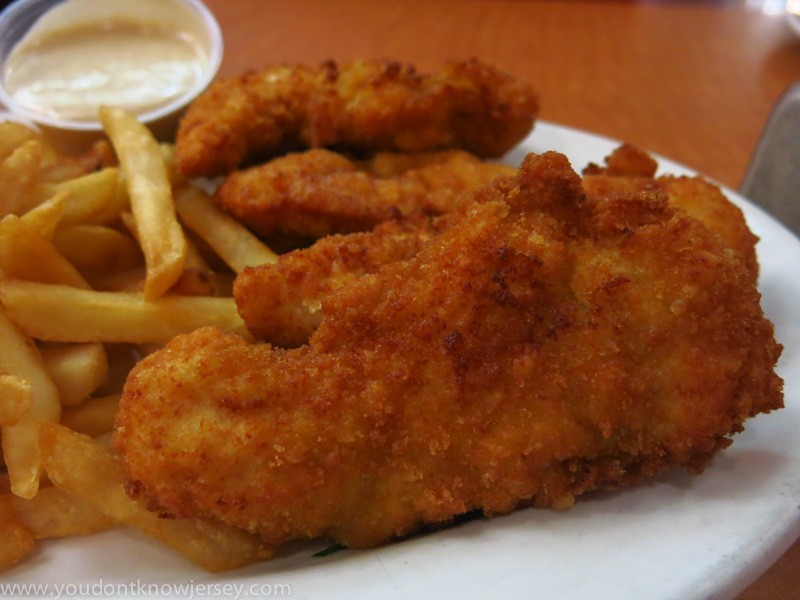 These extra meaty chicken fingers were more like breaded cutlets than fingers.  But, unless you really care about the size of your chicken fingers, you won’t care how big they are.  They are amazing.  Pretty lightly breaded and super juicy chicken breast.  The appetizer comes with french fries so you could get this as a meal and it would be very filling.  Shared with three people like we did, you get one and a third fingers and a few fries.  Just right for an appetizer. 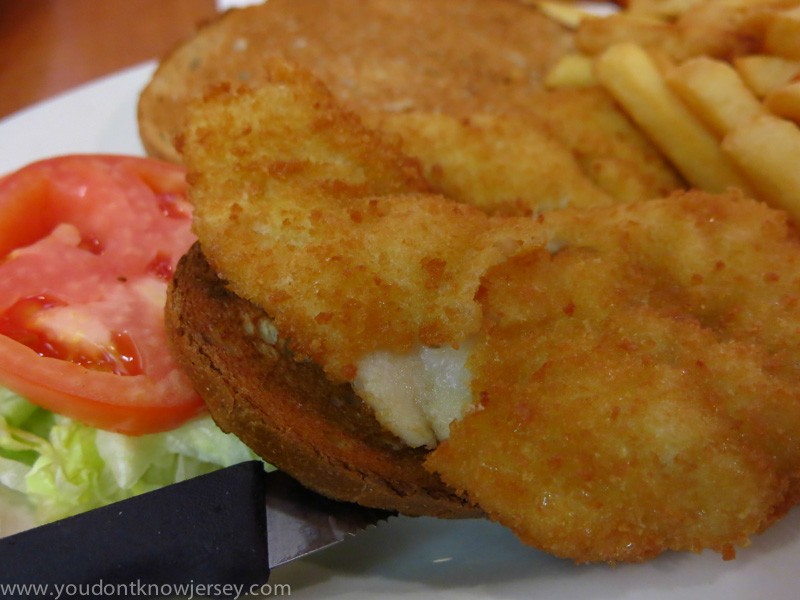 The Fried Fish sandwich is so delicious. Two giant flounder filets lightly breaded come on rye bread (I asked for it to be toasted…  it falls apart with the fresh veggie and giant fish if you don’t get toast) with tomato and lettuce.  The fish is very crispy and, did I mention, giant?? I get this sandwich a lot because it’s such good fish. 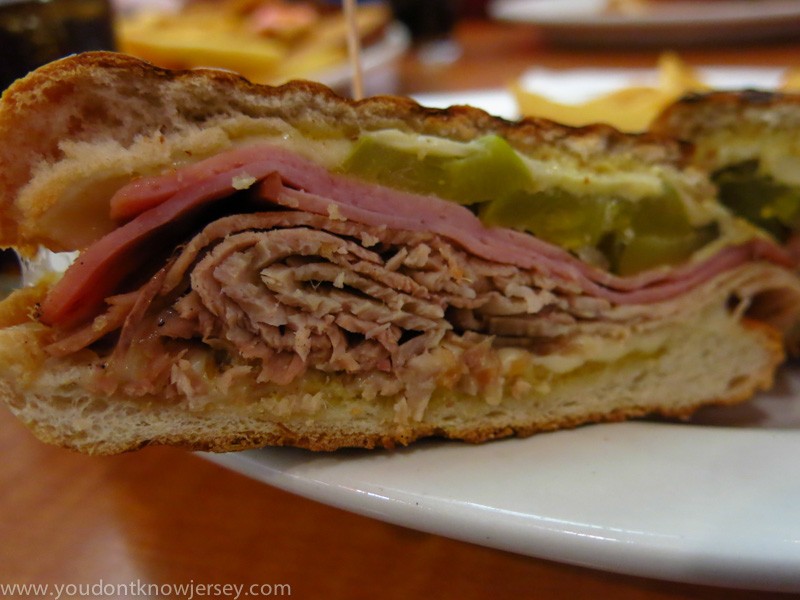 And, the Cuban panini is equally as good. Chibatta bread with pork, ham, pickles and mustard.  The ratio of meats to other toppings is just right and the sandwich is so big that you get to take home a lunch portion for the next day.

The Nutley Diner continues to be one of our favorites in New Jersey and I hope you can see why.  Come check them out and maybe we’ll see you there!

Check out all the pics from our visits to the Nutley Diner: 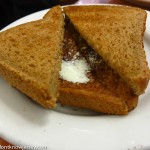 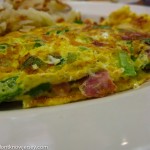 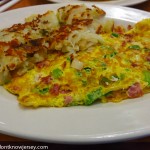 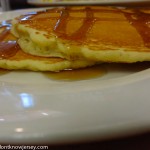 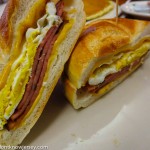 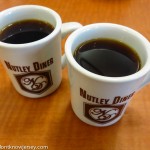 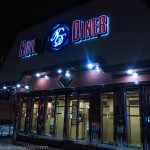 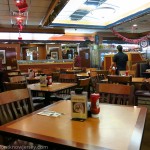 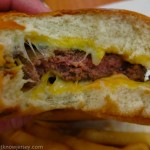 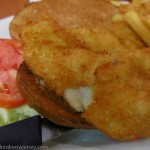 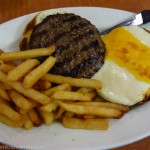 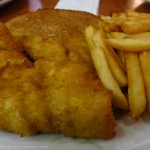 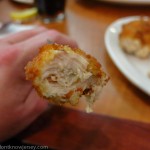 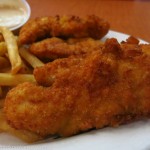 Click here to view more of our food articles.