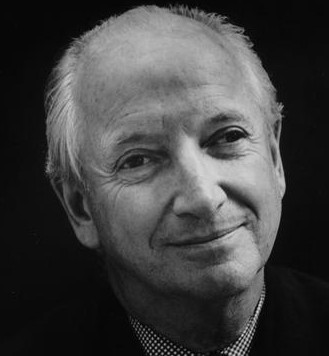 Architect and Designer Michael Graves died at his Princeton home on March 12th.  He had been a New Jersey resident for 51 years, moving here in 1964 after spending time at the American Academy in Rome.  He was born in Indianapolis in 1934 and earned a bachelor’s degree from the University of Cincinnati. Later, he received a master’s degree in architecture from Harvard University in 1959.

In 1964 after moving to Princeton, he opened his firm, Michael Graves & Associates. Early in his career, Graves, Peter Eisenman, Charles Gwathmey, John Hejduk and Richard Meier were labeled the “New York Five,” a group of New York City architects who defined a pure form of modernism. For most of his career, however, Graves shifted away from modernism toward postmodernism and new urbanism. One of his most famous works, the Portland Building, which opened in 1982 in Portland, Oregon, is regarded as the first major built example of postmodern architecture. Graves subsequently received a number of major commissions. Some of his most notable completed buildings include the Humana Building (a skyscraper in Louisville, Kentucky), the Denver Public Library, and the renovation of the Detroit Institute of Arts. He built many buildings for the Walt Disney Company, including the company headquarters in Burbank, California, Disney’s Hotel New York at Disneyland Paris, and the Swan and Dolphin resorts at Walt Disney World. In the 1980s, he also designed an expansion for the Whitney Museum of American Art in New York City, but the highly contested design went unbuilt due to local opposition.

Graves received a lot of awards and recognition for his multi-year renovation of his personal residence in Princeton, nicknamed “The Warehouse.”

Graves also designed iconic housewares for the Italian Alessi Company and for Target.  The Alessi 9093 Teakettle featuring a red whistle shaped like a bird was the company’s all-time bestselling product. In 2000, Graves designed the scaffolding used for the Target-sponsored restoration of the Washington Monument in Washington DC.

Graves became paralyzed in 2003 from the waist down as a result of a spinal cord infection. Once he was wheelchair-bound, he focused his attention on the design of wheelchairs, hospital furnishings, hospitals, and disabled veteran’s housing.

Last year, the Michael Graves School of Architecture was established at Kean University in Union.

Grounds for Sculpture in Hamilton is currently holding a retrospective exhibition of his work, until April 5, 2015, entitled Michael Graves: Past as Prologue.