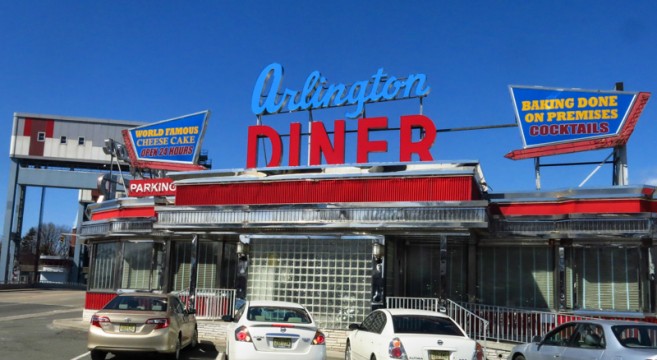 Arlington Diner is a classic-looking diner in North Arlington on River Road right on the Passaic River right off Route 21.

The Taylor Ham in this sandwich was thick pieces sliced off the big roll rather than the pre-sliced kind.  I can’t remember a time I’ve ever seen this before and it’s kind of neat.    I felt like I was eating the original sandwich.  The rest of the sandwich ingredients were good but nothing extra special like the hand sliced meat. 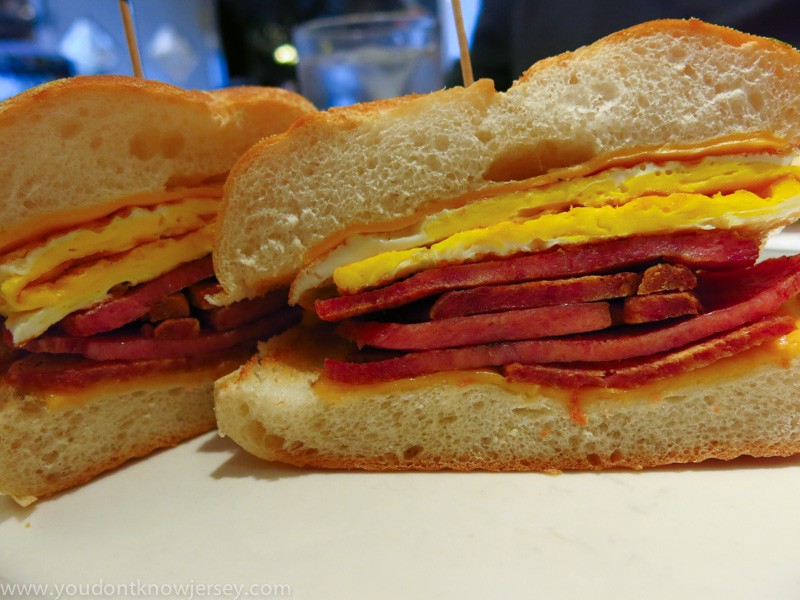 We were seated under a very yellow pot light for breakfast so the pancakes aren’t really this eggy-looking.  They were good, though.  The fluffy airy kind of diner pancake. 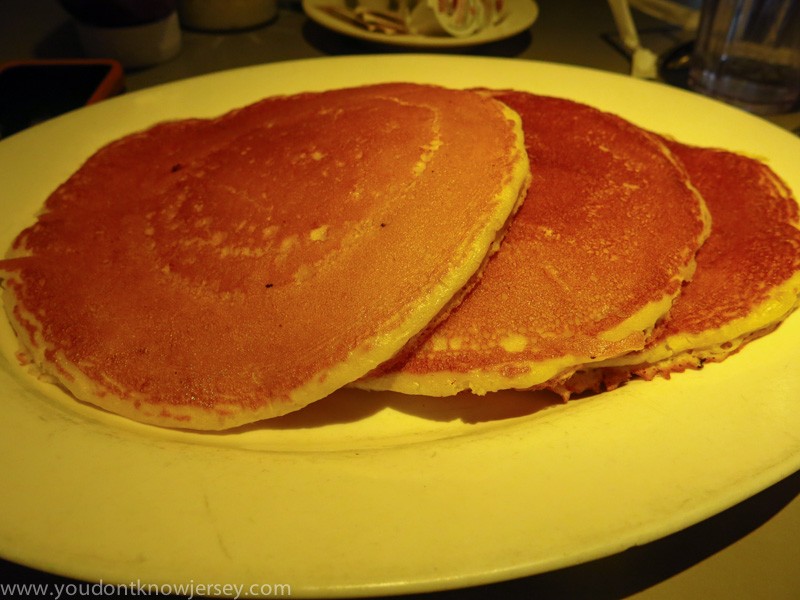 The omelet seemed a little flat compared to other diners’ omelets but it was still tasty. Similar to the breakfast sandwich, there was a homemade feel to this rather than the typical diner-looking omelet. The veggies were chopped large and the eggs were well done.  The home fries were very crispy and delicious. 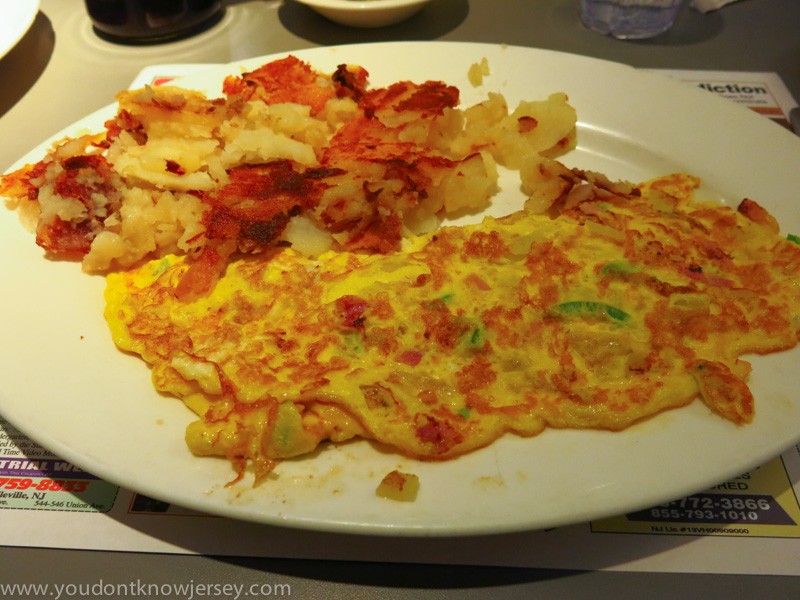 I was actually jealous of this burger when Ed got it.  Bacon and LOTS of avocado made it visually appealing and tasted great. Normally it comes with cheese but Ed asked for it to be left off. (he’s crazy) The fries it came with were nice and crispy. 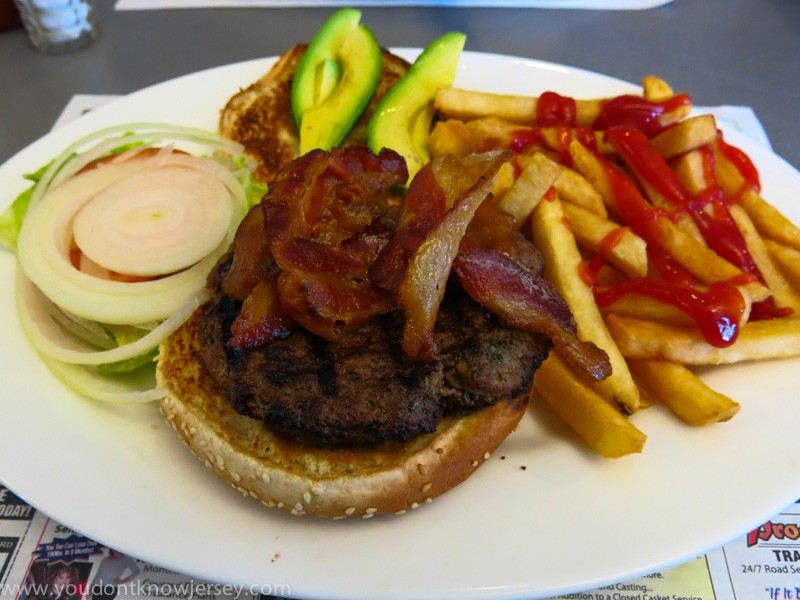 These were really good chicken fingers.  Plump and juicy with not too much breading.  It came with the most honey mustard I’ve ever seen in one place but I guess if you really like to drown your chicken in sauce, this could be a plus for someone! 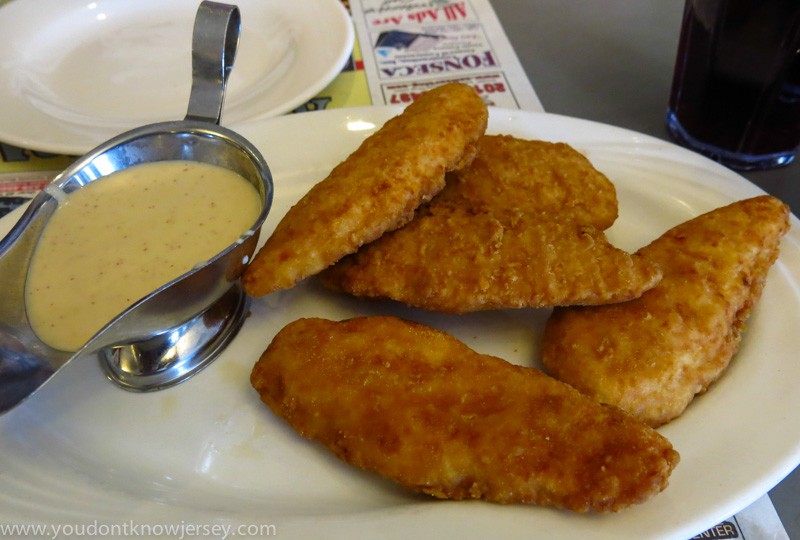 I think I was jealous of Ed’s burger a little more than other times because this tuna melt was so disappointing.  It was covered in approximately 900 slices of American cheese which ended up congealing into one entity and being hard to eat as well as looking unappetizing. There was way to much tuna salad and it was very mayo-laden.  I ate one side of the sandwich and took the other half home but didn’t eat it because in the bright lights of our kitchen it looked even less appealing.  The onion rings were really soggy, too.  I either ordered badly that day or we got a glimpse of something going wrong here. 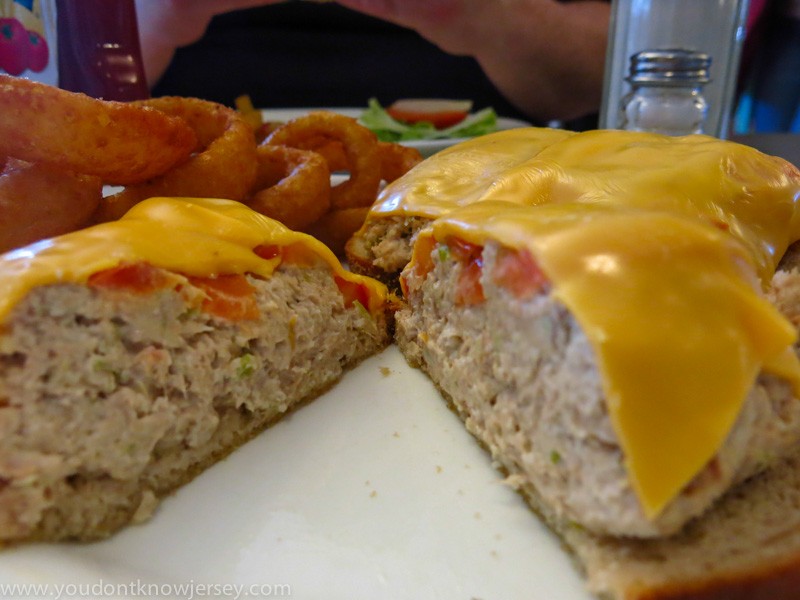 Unfortunately, I think there may be something happening at this diner.  At one of our meals, we were seated near the servers’ station and there was a very loud server (not our own) who complained to his co-workers throughout our entire meal about the kitchen staff, the owners, the quality of the food and co-workers….  on and on.  It was very unprofessional and yet not one other employee did anything to quiet this person down or take the conversation somewhere more private.  After hearing this and getting this less-than-delicious tuna melt, it made me wonder if the Arlington Diner might be in a little trouble.  It certainly was busy as usual in the dining rooms and every other dish we ordered was good but it definitely wasn’t the best diner we’ve been to so far.

Here’s hoping that staffing issues (one person in particular) can be taken care of and the ship can be steered back on course because it’s a beautiful diner and it’s got a long history of being great.

Check out all the pictures from our visits to the Arlington Diner: 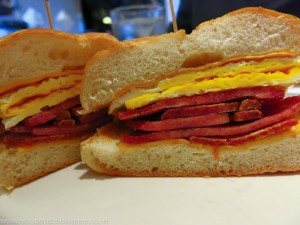 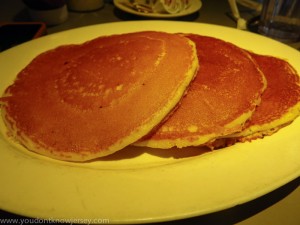 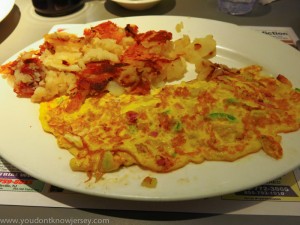 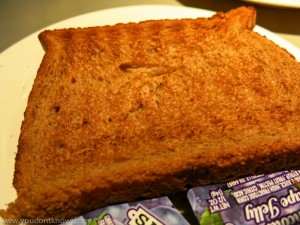 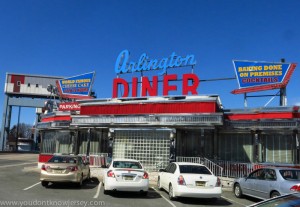 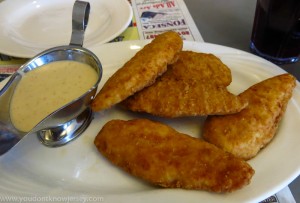 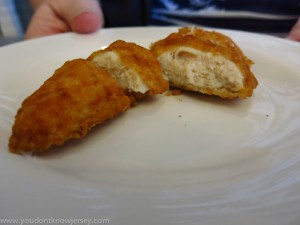 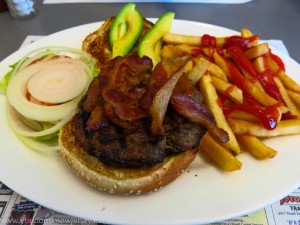 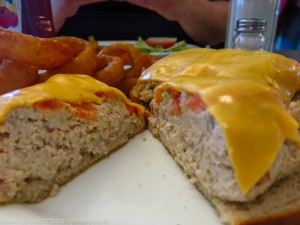 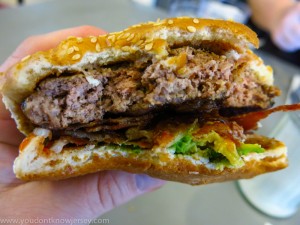 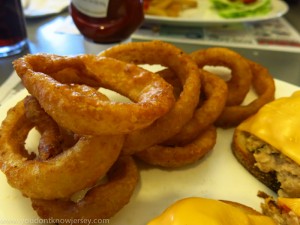