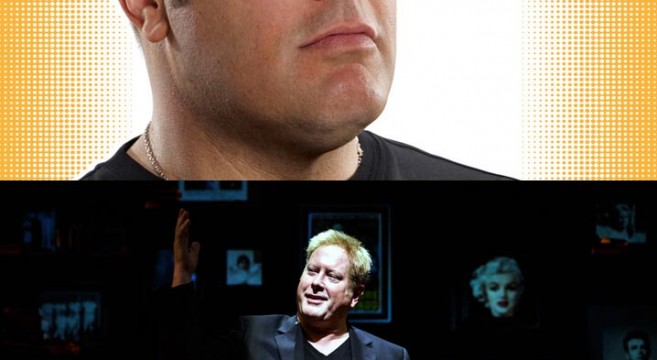 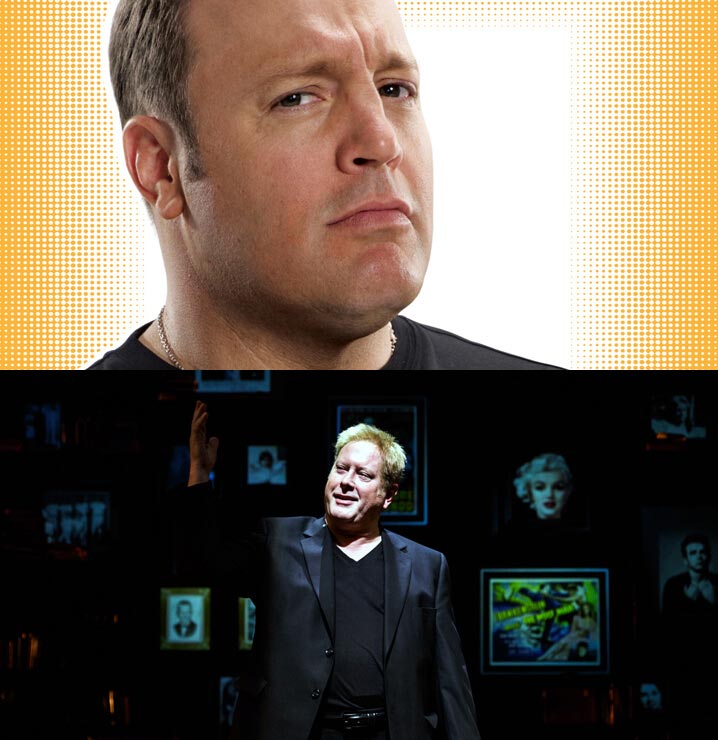 About One-Man Star Wars™ Trilogy
One Man Star Wars, written and performed by Charles Ross, is the comedic off-Broadway hit that condenses the original Star Wars trilogy into a whirlwind of fun and geek-ness.
Ross has toured the globe for the last 11 years, delighting audiences with his unique and frenetic solo shows. After spending his early years longing for galaxies far, far away, he became an actor and eventually formed a friendship and partnership with actor and director TJ Dawe, who directs One-Man Star Wars and some of Ross’ other solo ventures, including One Man Lord of the Rings.

About Earthquake & Friends Father’s Day Celebration
Get ready for a laugh-out-loud good time this Father’s Day with Earthquake, John Witherspoon, Tommy Davidson, Don “D.C.” Curry, Smokey Suarez, Damon Rozier and special guest Ray Dejon! Forget the old sock and tie gifts and join the fun.
The host of Quake’s House on WBLS-FM and star of the comedy special These Ain’t Jokes, Earthquake is hugely popular with audiences, thanks to his many appearances on HBO, BET, Comedy Central and late-night talk shows.
Since his breakout performance in About Got Damn Time, Earthquake has been featured in the films Getting Played with Vivica Fox, Barnyard and Clerks II. TV viewers know him from his recurring role as the unforgettable Uncle Mike (“Big man!”) in Chris Rock’s Everybody Hates Chris.

About Kevin James
Royal laughs from The King of Queens! Comedian Kevin James, creator and star of the hit comedies Paul Blart: Mall Cop and Zookeeper and this October’s Here Comes the Boom, brings his side-splitting routines and a whole lot of fun to NJPAC. A product of the Long Island stand-up scene, James co-starred with Adam Sandler in Grown Ups and I Now Pronounce You Chuck and Larry. He scored an Emmy nomination for his lead role in the nine-season CBS series The King of Queens and stars in Paul Blart: Mall Cop 2, currently in theaters. Aside from his on-camera work, James’ voice has been featured in the animated films Barnyard, Monster House and Hotel Transylvania.

About Darrell Hammond:
Actor/comedian Darrell Hammond fondly recalls his first taste of show business at age five practicing the impressions of his family members on the porch of their home in Melbourne Florida. It wasn’t many years later when Darrell realized he wanted to submerse himself in the pursuit of bringing his comedy and impressions to a much bigger stage. In his many years on “Saturday Night Live”, Hammond brought to life a cavalcade of politicians, media figures, celebrities and news. Darrell is known for being one of the most prolific comedians of his time. He frequently tours comedy clubs and theaters boasting a number of brilliant impressions in his act that keep people laughing nationwide.
Each and every one of Hammond’s impressions has been applauded by television critics and viewers alike, for their accuracy and range. In fact, Darrell’s impression of Al Gore was so powerful that it was said the former Vice President studied Darrell’s gestures in preparation for the Presidential debates. Amongst the great number of other people he has mimicked include; Bill Clinton, Sean Connery, Regis Philbin, Dan Rather, John Travolta, Jesse Jackson, Richard Dreyfus, Jay Leno and Ted Koppel.
In addition to appearing in sketches, Hammond has been seen in a number of feature films and television shows. Most recently, he has appeared in a 7-episode arc on the acclaimed F/X series, “Damages”. Other credits include appearances on the “Law and Order” franchise.
Although it has been a dream come true for Darrell to have been a regular on “Saturday Night Live”, the next phase of things to come will be just as exciting.
Hammond is a proud resident of the Hell’s Kitchen area of Manhattan.

Pin It
Previous post:
Tierney’s Tavern 2nd Annual Music Festival is May 30th Next Post:
Remembering Those That Gave All on Memorial Day