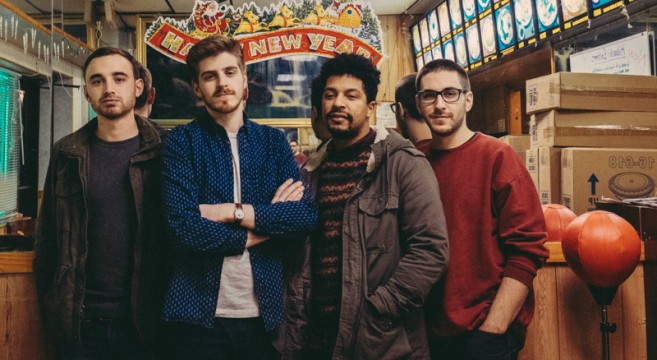 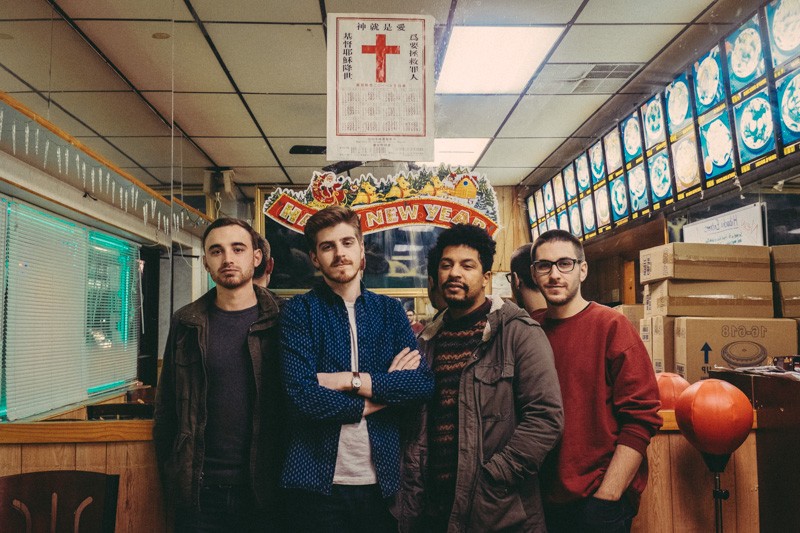 I first heard of the band YJY from my friend Conor Meara, the mad genius behind Roy Orbitron. I liked the few songs I had listened to that I was able to find. They describe their sound as “fuzz pop” and that is pretty much a good enough description for me to look into someone. A lot of bands describe themselves using the term but that can sometimes mean only unfocused noise. That is not the case with YJY. This band is tight. They are clever without being cocky and know how to create a great, well-crafted tune.

Case in point is the band’s first single and video “Couch Surfin USA” released this past Tuesday. The song is the ideal noise pop tune to kick off summer. I’m an old guy so I’ll describe it as the song I would start a mix tape with for driving down the shore on a hot July day. It has a Weezer vibe to it. Singer/Guitarist Steve Sachs shouts “Get in my car, let’s go for a ride across the country” and we are off.  Bassist Tim Fitzpatrick and drummer Dave Sachs fill out the rhythm section. The video is a fun black & white clip that would fit right in on 120 Minutes. Yup, I’m dating myself again. I met guitarist and editor of video Ricky Lorenzo recently and he struck me as a down-to-earth guy who is excited by what he and the band are doing. That excitement shows in this song.

The band has recently signed on with indie label Sniffling Indie Kids and they will be releasing their forthcoming EP Couch Surfin USA on 7/7. The EP will be available on cassette, CD and digital download. You can pick up the single on their Bandcamp page.

If you want to check the band out live, they have been added to the bill for Friday at Nowhere, USA (basement venue) in New Brunswick. The show is part of the first annual Sound of Spring festival curated by Mulberry Sound Recordings. The festival will run from 5/28-5/31 in and features 20+ bands in 6 shows.