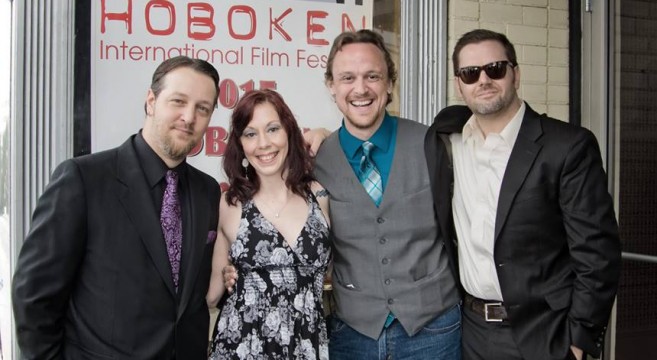 On May 31st, NJ independent film maker, Daniel Huppert, debuted his short film, “She Rides the Ghostbike” at this year’s Hoboken International Film Festival. “She Rides the Ghostbike” is a short film that tells the tale of a man’s grieving process when he loses his wife in a cycling accident. Actor Kenneth Robert Marlo gives so much raw emotion in his performance as the grieving husband that it’s hard not to break down in tears yourself while watching his pain. 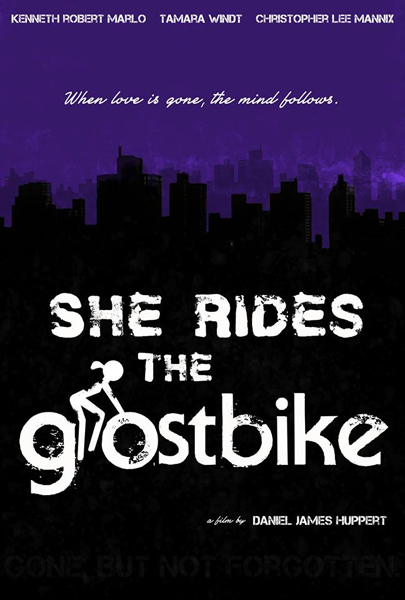 The film’s writer/director, Daniel Huppert, has a background in the arts having written and performed music as well as having done some acting. He also currently works behind the camera for a news station. This is his debut as a writer and director and I was blown away by the end product!

After viewing the film at the festival, I had the chance to ask Daniel a few questions about his film and his process.

Q: Your background is mainly journalism and music, what made you decide to write and direct this film?

DH: In my younger days, music was my passion. Writing and performing songs to share with others was what I lived for. But as I matured, I slowly transitioned into broadcasting. Now my life has been working predominantly in the news industry, where everyone at our station collaborates as a team, all day, every day covering many different stories. But it wasn’t until recently that I realized the common thread in all my pursuits. I’ve been a storyteller at heart my entire life. So, in a way, filmmaking just seems like a natural progression.

Q: When did you first come up with the concept for the film and what inspired the story?

DH: The inspiration for the film came to me while at work, driving around NYC in a news van, and passing by a real ghostbike memorial. As the image lingered in my mind throughout the day, I came to a realization. If every time someone was killed, under completely avoidable circumstances, a tombstone was placed where they died, this would be a topic much more widely discussed. Yet this is precisely what’s going on within the cycling communities of every major city, to which I am admittedly not a part of, but can still recognize. Ghostbikes not only stand as a living memorial to their victims, but as a call to anyone who’s willing to listen, that your streets are not as safe as you think they are. It was at that point, I felt compelled to learn more. The concept for the film developed as I was doing the research. I came across a news article which included statistics for the last five years, provided by the NY State Dept of Motor Vehicles (17,166 injuries, 78 deaths and counting, in New York City alone), and I began extrapolating, because this isn’t just happening in one city. And then when it really sunk in? The numbers, as bad as they are, they’re entirely misleading. Widows, widowers, parentless children…. Are these not victims? Let’s not marginalize tragedy.

Q: Once you came up with the idea, how long did it take to complete the film? What were your biggest obstacles?

DH: I had some setbacks during post-production. I believe I could have had the film completed in three months, but it took six. I was a bit burnt out, so my wife & I went on vacation. Shortly after we returned, there was a death in my family. Then my employer died not much later. Really though, I was never worried about the film because I didn’t have a deadline. This was a passion project that I knew I would pick right back up. Aside from the acting, having it all rest on my shoulders was a personal challenge. I always felt confident in my skills. Although one mental hurdle manifested itself in a peculiar way.

Perhaps other filmmakers can relate. I guess you can say I developed equipment inadequacy. We made this film with a crop-sensor Nikon I already owned. Our budget was the cost of a bicycle, a dress, and lunch. But, somehow it all worked out.

Q: Did you have prior writing experience or was this film your first?

DH: I’ve been working with cameras in a broadcast environment since the early 90’s, but this was a first for me in every other way especially in the narrative sense.

Q: Have you gotten any feedback from the Hoboken International Film Festival or any of the attendees?

DH: The festival has been incredibly supportive of us. We are so grateful to be part of it! That being said, they play no favorites, as they shouldn’t. There are 155 films in competition, out of thousands of films that applied. We all deserve a level playing field. Can’t be wrinkling any feathers, eh? As for the attendees, I was completely overwhelmed with the turn out and even more so with the reception we got. The ovation we received brought me to tears. Thankfully, our film is a bit of a tear-jerker, so I was in the majority.

Q: I know you submitted to other film festivals, have you gotten accepted to any others yet? What other avenues, if any, have you tried to market your film?

DH: We’ve submitted to a lot of them. The Hoboken International Film Festival was the first on the calendar of those that we entered. The lion’s share of them will happen from August – October. Announcements typically are only two weeks before a festival, so really it’s a waiting game at this point. As far as marketing goes for this film, it’s not part of my strategy right now. I made this film to raise awareness, not cash. The reward is in the storytelling. 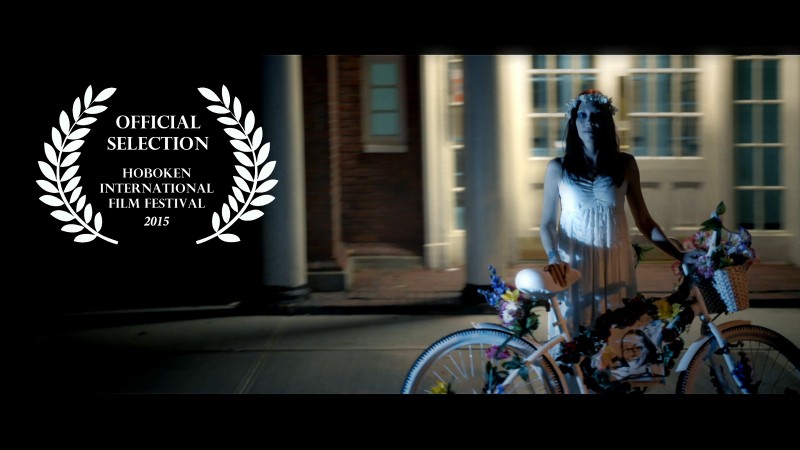 If you’d like to know more about “She Rides the Ghostbike,” check out the Facebook page at  facebook.com/sheridestheghostbike.