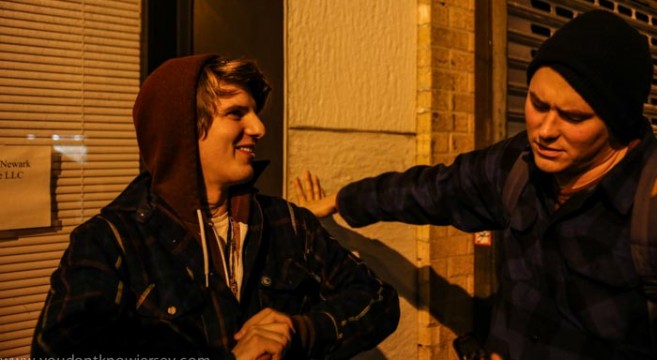 The Front Bottoms played a very intimate show in the Music Hall of Williamsburg Monday night which we attended. They announced to the sold out crowd of about 500 fans that they’d been signed by Warner Music Group label Fueled By Ramen.  It was all over the internet by Tuesday morning.

Rumors had been swirling for a while about TFB on FBR but it seems that all the i’s are dotted and t’s crossed now.  The rowdy Front Bottoms crowd (including us) was thrilled with the news when it was announced. We don’t mind sharing them with the rest of the world now that they’ve made it big! 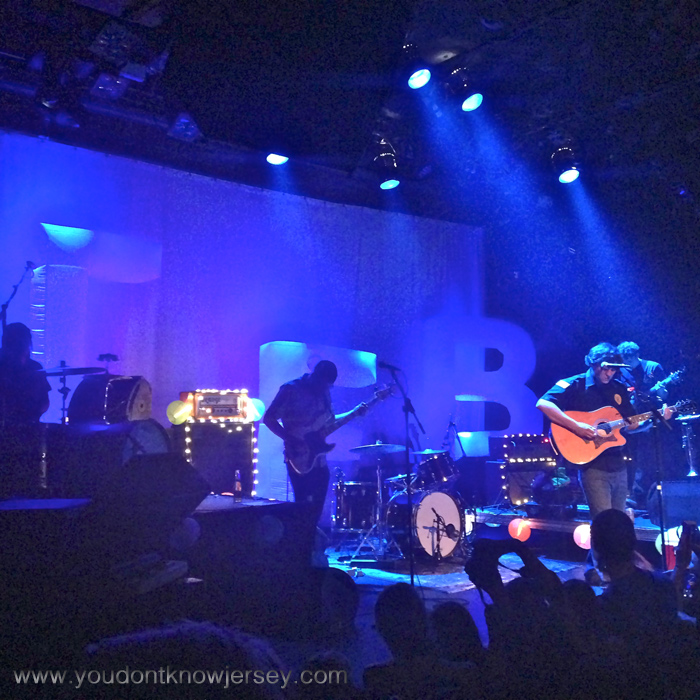 We here at YDKJ certainly weren’t some of the first Front Bottoms fans. But, The Front Bottoms were the first New Jersey band we covered so we’ve gotten to know them over the years and it’s thrilling to see them getting signed to a major label.

In the first year of YDKJ, we spent a lot of time listening to the New Jersey tagged bands on BandCamp and searching YouTube for local bands we liked and that were playing live shows nearby.  The Front Bottoms were the first band that met both those criteria. So, in June 2011, we emailed them for an interview and had an article up in July. It took four years to come true, but Ed’s title for that first article was prescient—The Front Bottoms Are About to Come Up Big. Shortly after that article went up, we got to see them live at Moe’s Southwest Grill in Mahwah. We were convinced that we were seeing something special back then and we’re glad that a major record label finally noticed, too. 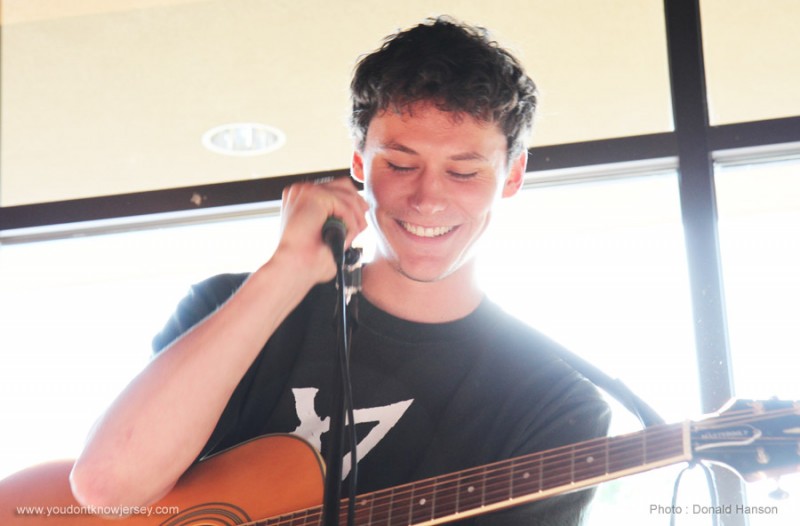 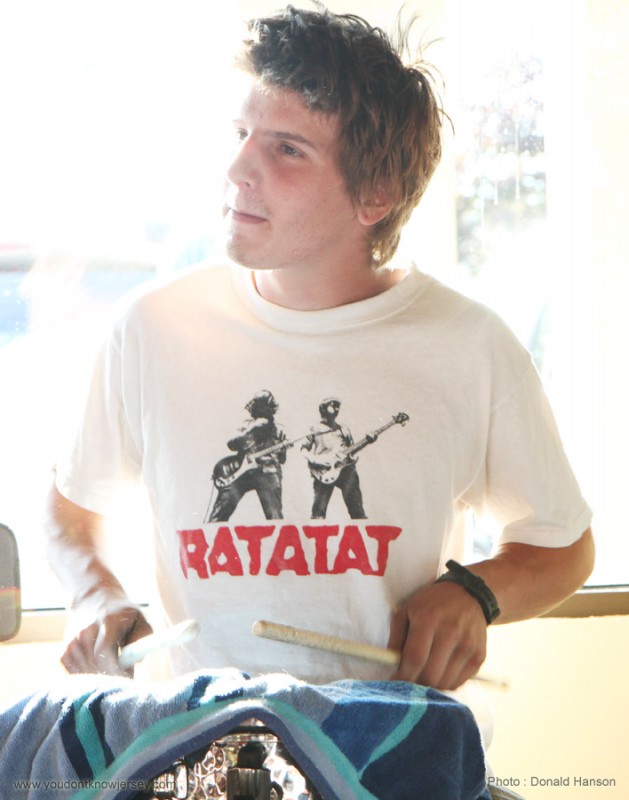 Saying that we’ve covered them a few more times since those first articles would be an understatement. Their shows are infectious fun and they are great to hang out with so we’ve written about them a lot over the four years we’ve known them.

We’ve interviewed them at music festivals.

We even interviewed them with our niece. 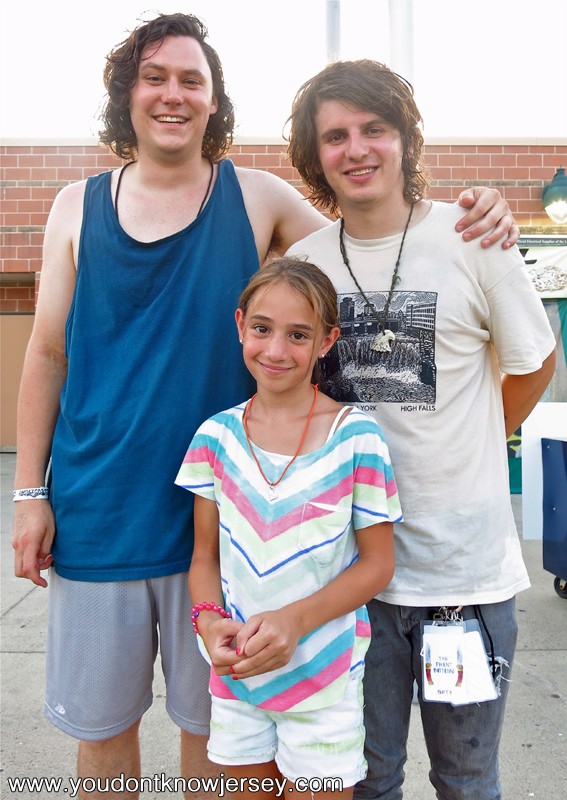 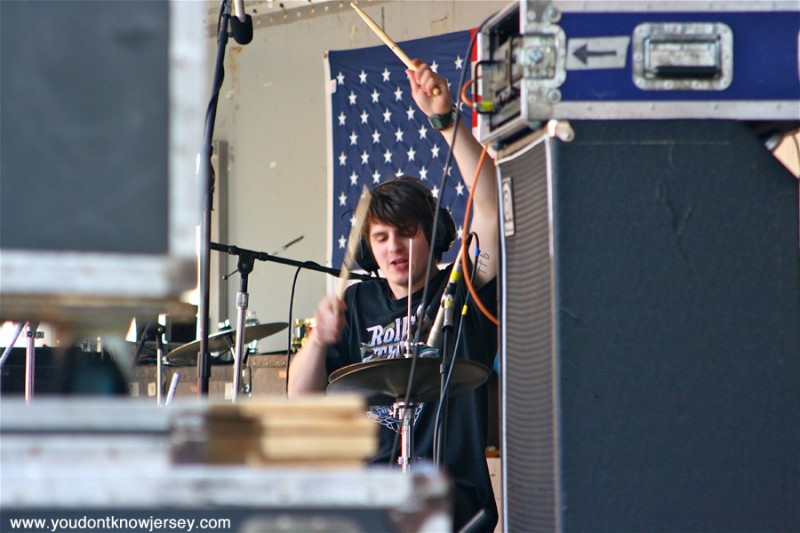 We’ve eaten nachos and played video games with them. 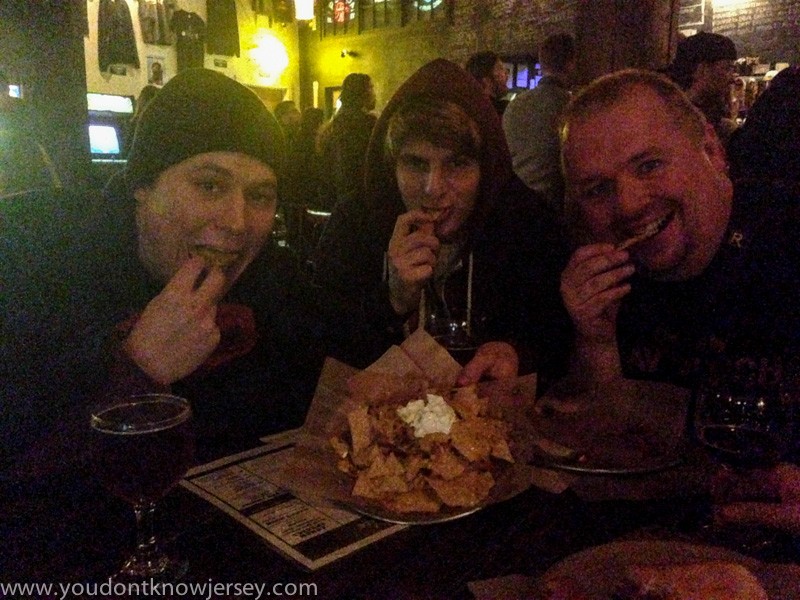 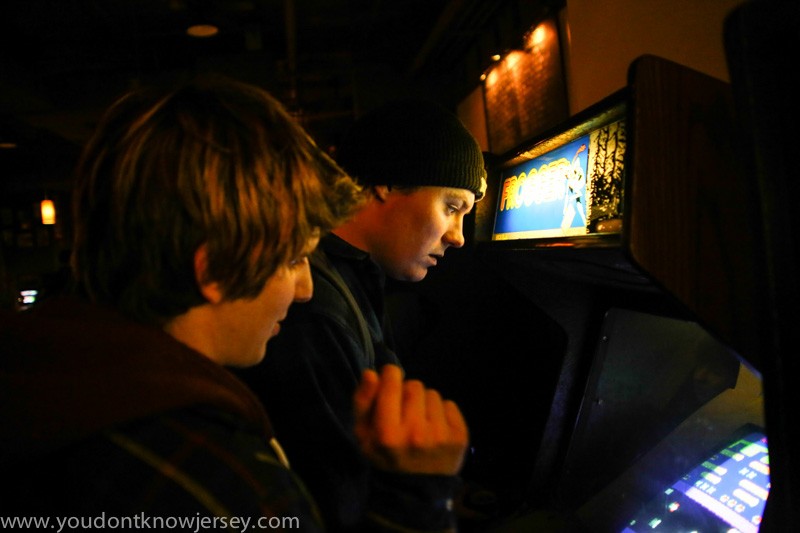 And, of course, we’ve reviewed their record releases. 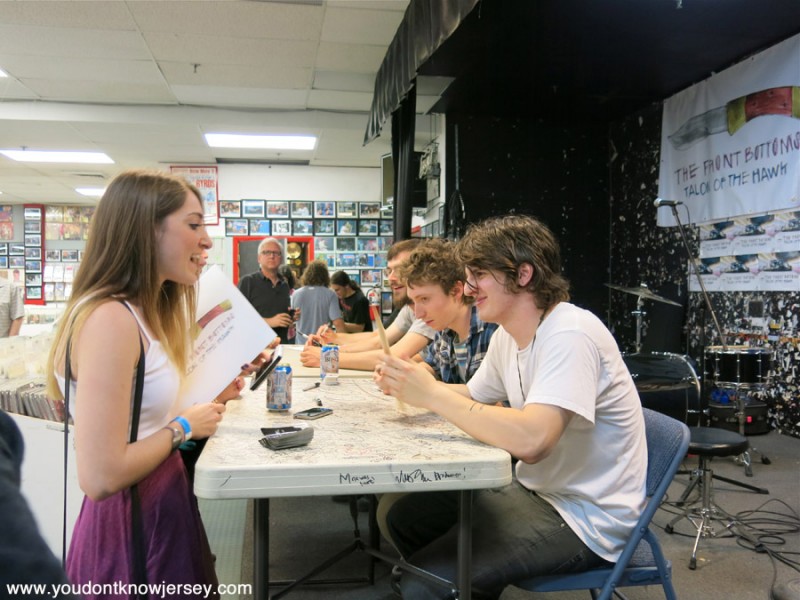 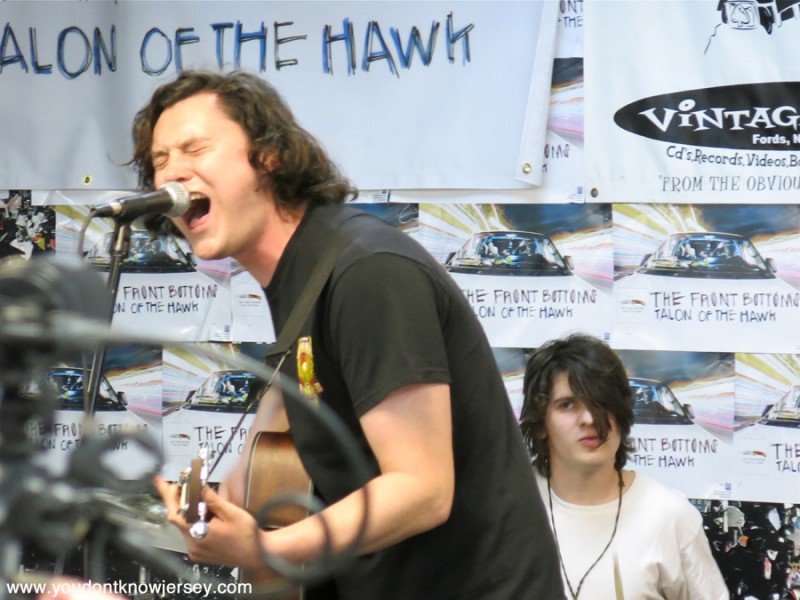 Over the four years we’ve known Mat and Brian we’ve seen them transition from shy kids to seasoned performers. Funny thing is, You Don’t Know Jersey followed the same kind of timeline!  We started out in 2010 not really understanding how to ask for interviews and how to approach organizations for articles.  After years of writing and talking to people, though, we’ve become the seasoned reporters you read every day. It’s like we’ve grown up with The Front Bottoms—siblings on different trajectories but with love and support coming from both sides.

On a personal note, both Brian and Mat are some of the most genuine people we’ve met through this website.  They’ve been working their tails off touring these four years and it’s been a pleasure being able to watch them succeed.  We’re looking forward to many more years of singing along with the entire crowd at concerts even if the venues and crowds get a little bigger.

Their latest video, released Tuesday, is below. It’s from their up-coming album, to be released in Fall 2015. What’s the new music sound like? A little more folk and a little less punk maybe. But, the difference between the self-titled album and Talon of the Hawk could be described in the same way so this just feels like a natural progression toward a more mature sound. As Tom and Ciaran become more and more a part of the core band it seems natural to expect their parts to make a fuller sound and become integral to the band. Brian mentioned from the stage on Monday night that Fueled By Ramen is letting them do what they want with the new record and that that was exactly what they were looking for.

Cough It Out sounded great live on Monday night, too. Check it out here:

You can pick up the new songs on iTunes here.