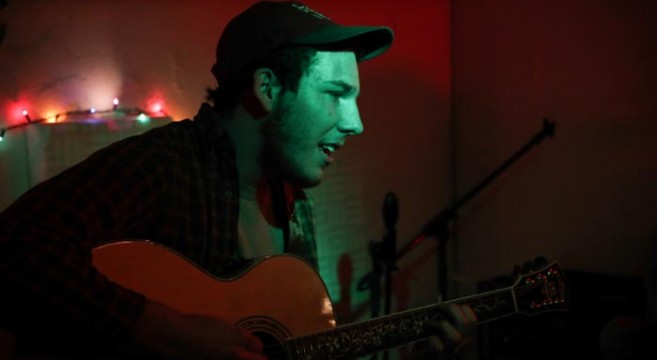 Hodera’s New ‘United by Birdcalls’ LP is an Instant Classic

There are a handful of albums in your life that you don’t mind hearing again and again.  Those albums tell a story that sucks you in at the beginning, wraps you in emotion and traps you in the melodies until the very end, when you’re ready to circle back and do it all over again. It’s like being on a rollercoaster as a kid and wanting to go back to the same one again and again.

Such is the case with Hodera’s incredible new LP, ‘United by Birdcalls.’ Like other great “moving on” records (Dylan’s ‘Blood on the Tracks’ and Beck’s ‘Sea Change’) before it, this album takes you on an emotional journey that is both heart-breaking and gorgeous. It’s got great hooks from start to finish. It hits the heart strings when necessary and rocks you when the heart is all warmed up. It’s just perfect.

Matt Smith, lead singer and song writer, said on Hodera’s Facebook page recently that their first EP release, ‘Reset to Default,’ “was recorded before we even had a band name. They were acoustic songs that we converted to full band. It was a very angst filled EP about the pains of moving on.” About ‘United by Birdcalls,’ he said “we feel [it] is the next chapter of Reset To Default. It’s more focused on moving on and trying to feel better and gain new perspective and higher consciousness.” Like every great band before them, Hodera has matured between their first and second records. They’ve added layers of sound and feeling that have turned a good band into a spectacular one. 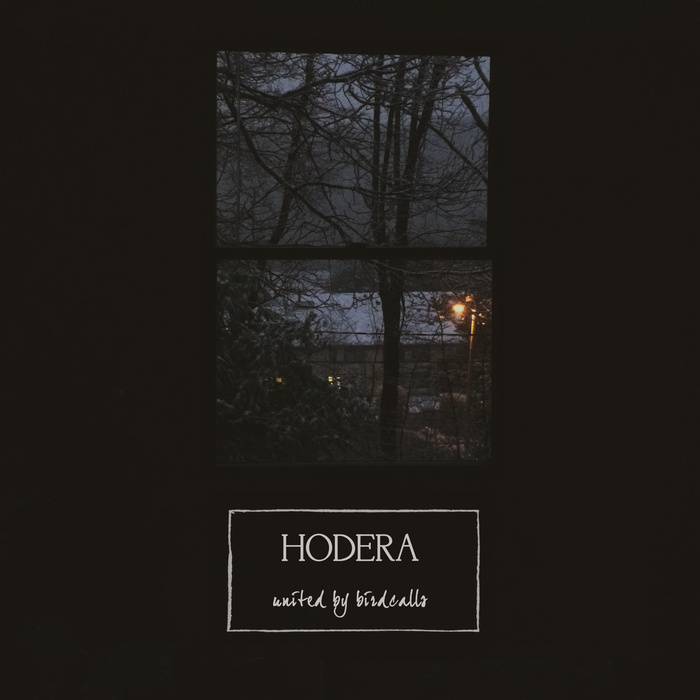 Breathe Easy, the album’s anthemic opener, has tense lyrics broken up by a very airy guitar riff and a light drum line that’s tapped out on the rim of the snare between lines. It’s almost as if the lyrics are about holding your breath and the drum and guitar breaks are the exhales where the band can “breathe easy.”

After the big opening song, the band moves into a few songs about the past and wishing they could change things. Dear Forefathers is searching for some answers and wanting to start over again and right some past mistakes. Feel Better opens with a very early Springsteen vibe in the quiet guitar line and straight ahead vocals about looking back at your childhood and trying to figure out how to feel better about what happened.  After the Springsteenesque opening section about going through the pain of looking through old diaries and boxed up collections (“these aren’t trophies, these are ghosts, that’s what I keep them for”), the song moves into more Replacements feel about getting over the past and trying to find someone who’s “haunted by the same things I am, we could talk for days until we both feel better.” First Ones at the Party longs for company that’s a long way away. “Everything that I love is slowly expiring, so why are we waiting when now’s perfect timing.”

Finally, we get to I Remember Everything which provides relief from the tension of the first handful of tracks. This stunner of song wants to leave memories in the past when the memories are too painful. Let It Out has an even more relaxed feeling with a kind of Jackson Browne thing happening in it.  It’s a more upbeat song with, at times, a nice layered fuzzy guitar track. Finally, all the anxiety of the first half of the record is being released.  They’re quite literally going to “let it out” here and the lyrics are asking for help to do so.

No I’m Not is next and has a really interesting guitar style—almost slightly sitar-like with sad and stark bending-string work. It’s about being self-aware enough to question how original you might or might not be. “I talk a lot about the past. Am I saying anything that unusual?” Once the choruses of “no I’m not” starts, you realize that he’s decided he’s not that original. Sad, in a way, but at least we’re getting to a place of understanding in this epic album’s story.

The Outside returns to the anthemic feel of the first track. “This town it feels like a coffin. Now that the gas price is dropping. I’ve been driving farther and farther away.” Being self-aware, he knows that he wants to escape the trouble but something keeps drawing him back. “There’s a creature that crawls in my window at night sometimes and he kinda looks like me. There’s fear in his eyes and his teeth are all showing. It crawls on its hand and its knees. It’s everything I don’t want to be.”  Who can’t relate to that night time creature that brings all the doubt into our lives?

Three Years brings the Bruce Springsteen style back but this time it’s more of a Nebraska-era sound.  It’s filled with raw honesty about getting over a love that’s not quite gone for good—deleting apps, trying to forget about being able to talk and text all the time and all the other stuff you have to do to either finish a relationship or at least figure out what you mean to each other.

The closing track, You’ll Get Through Soon, fully returns to the full-force rock anthem feel at the beginning of the album.  We’ve really gone through something listening to this all the way through and this perfect closing song relieves all the tension that’s built up.  Even the lyrics are telling us that we’ll “get through this.” 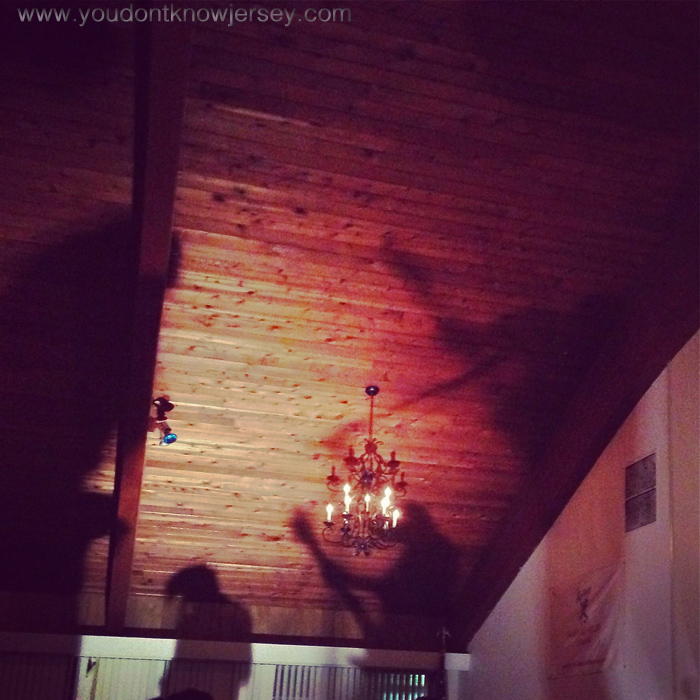 After you pick up or download your copy, keep your ears peeled for a hidden song called The Key of G where the band transforms into a hybrid of Fleet Foxes-type close harmonies and Sea Change-era Beck vocal patterns.  It’s hauntingly beautiful and a nice departure from the rest of the album’s sound.

The record is available on Tuesday, July 7th, for download or order from All Sounds.  You can also just pre-order it today and get the download as soon as it’s released.  A vinyl release is coming soon, probably in August, which you can preorder through All Sounds, too. 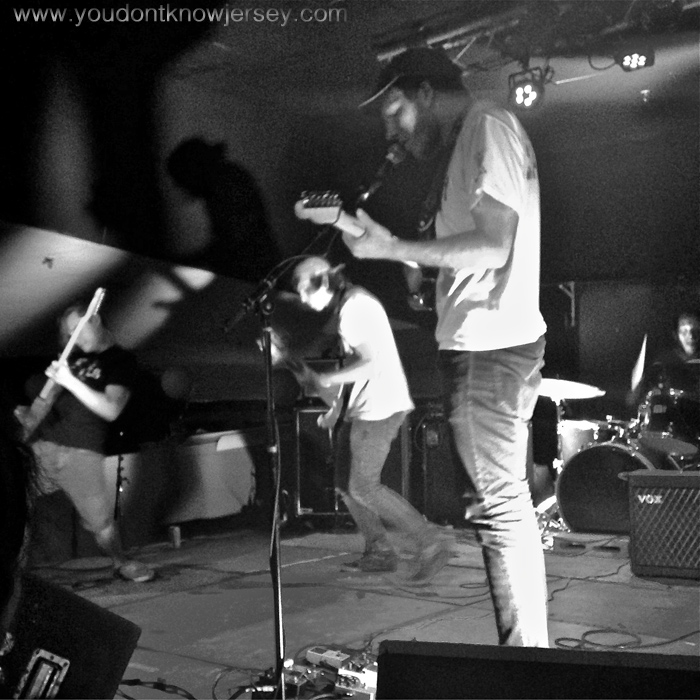 Hodera’s album release party is being held in New Brunswick on July 7th and you can Facebook message them for the address. You can guarantee that we’ll be there to hear all these gorgeous songs live.

Pin It
Previous post:
New Jersey Musicians With Their Record Collections: Jeff Marino of The One and Nines Next Post:
Sundown at the Carousel – Music by the Sea – Photo Gallery