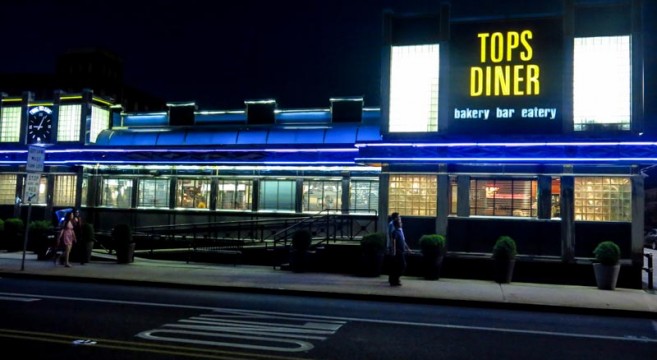 Tops Diner is a classic-looking diner in East Newark on Passaic Avenue right on the Passaic River off Route 21. It’s a great looking place with a pretty good amount of parking considering the lack of street parking.  It’s very crowded during normal meal times but is pretty relaxed at off hours.  The meals they serve tend to be very large compared to other diners’ offerings.  To compensate for that, though, the prices are pretty hefty for a diner.  The good news is that it’s worth the money.  All the food was pretty good and some things were stellar.

So, here are the menu items we tried.

The Taylor Ham sandwich came with potatoes which was unexpected.  The otherwise normal sandwich was slightly enhanced but more than normal amounts of meat.  The potatoes were really well-done which I like. 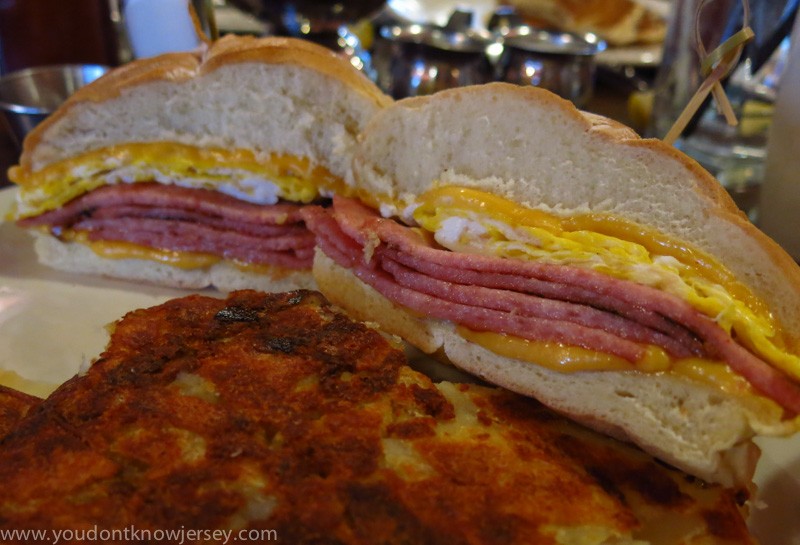 This is the best example of how large the servings are here.  Normally a regular stack of pancakes comes with three cakes.  This behemoth plate came with FIVE pancakes.  Who can eat that many pancakes?  Certainly not us. And, especially not us when the pancakes were as dense and packed with flavor as these were.  It’s practically a meal for two just on its own. 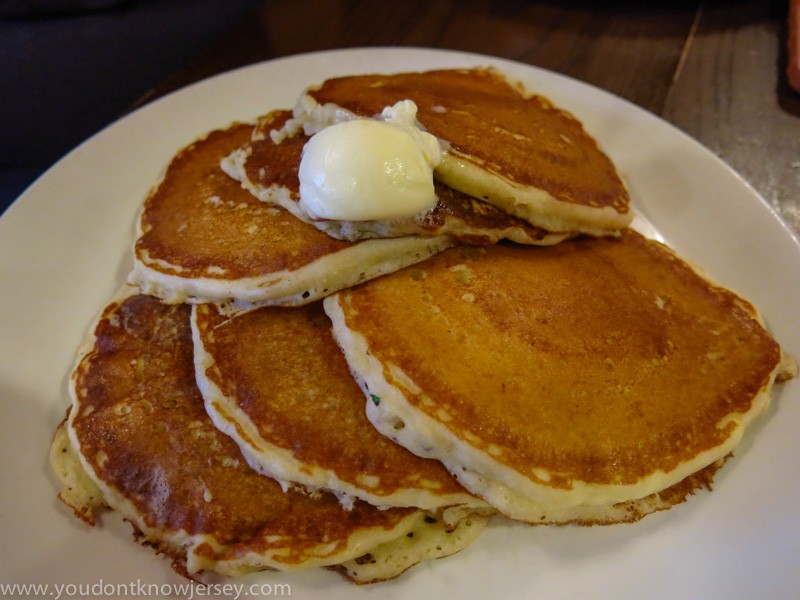 The omelet seemed a little small compared to the above-average size of the other plates.  It was a little too well-done for my taste.  We loved the potatoes, though, which again were extra crispy. 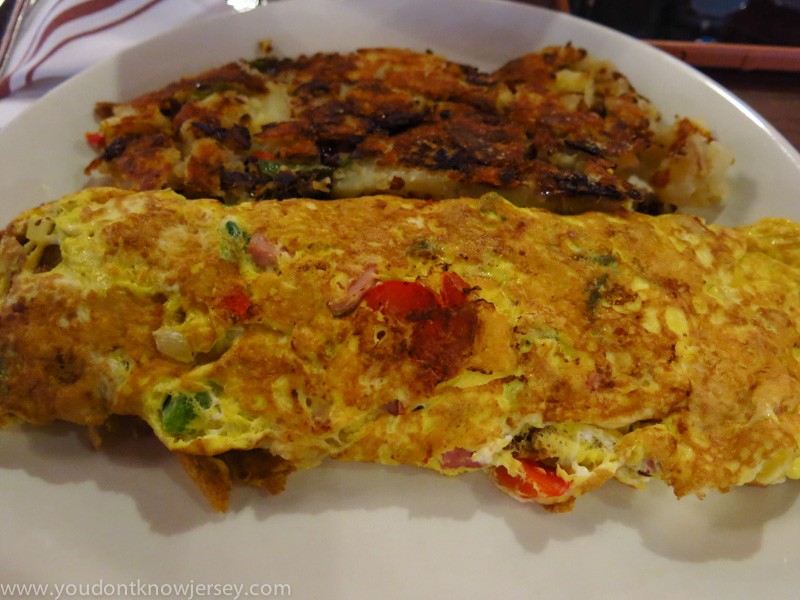 I was actually jealous of this one when it came out.  Ed got the Short Rib Burger and it looked amazing.  He gave me a bite and it was just as delicious and juicy as it looked.  A burger topped with short ribs, grilled onions and BBQ sauce.  Normally, it comes with cheddar cheese which I thought would have been good but Ed ordered it without the cheese so we’ll never know how great it could have been with cheese. 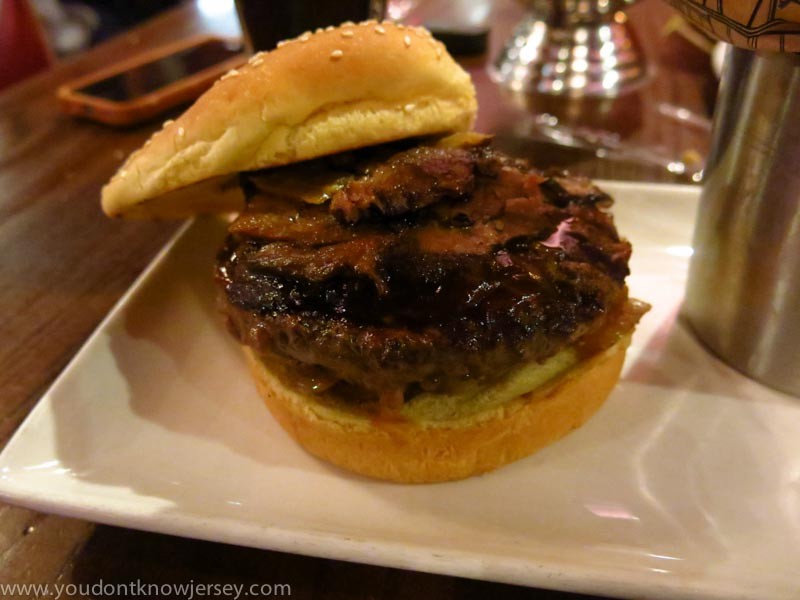 These were pretty standard chicken fingers and, frankly, I was disappointed.  Tops, so far, had been spectacular but these were just average. 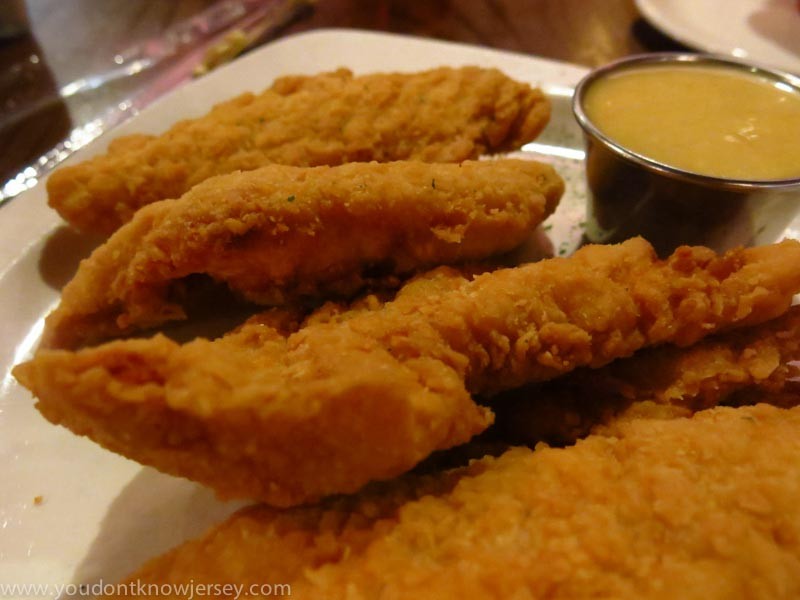 The wild card items we chose off the menu were lentil soup and a grilled ham and cheese sandwich.

The soups are really great here and the lentil soup was no exception.  It had a little extra spiciness to it that added a depth of flavor that I haven’t tasted before in what can be a plain soup. 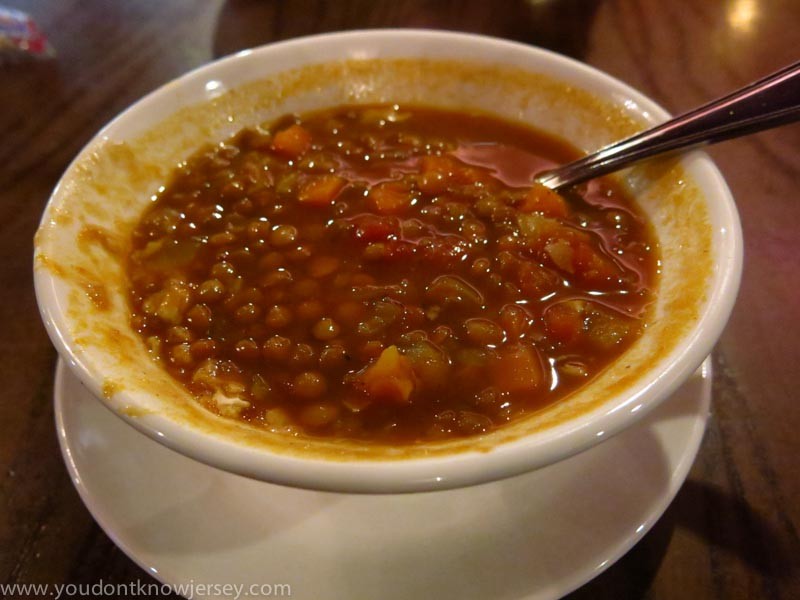 I forgot to request whole wheat which is my normal order but the sandwich was still good.  It came packed with thinly shaved deli meat which was an interesting take on what normally is just regular cold cuts. There was plenty of cheese and the white bread was an indulgence for me. 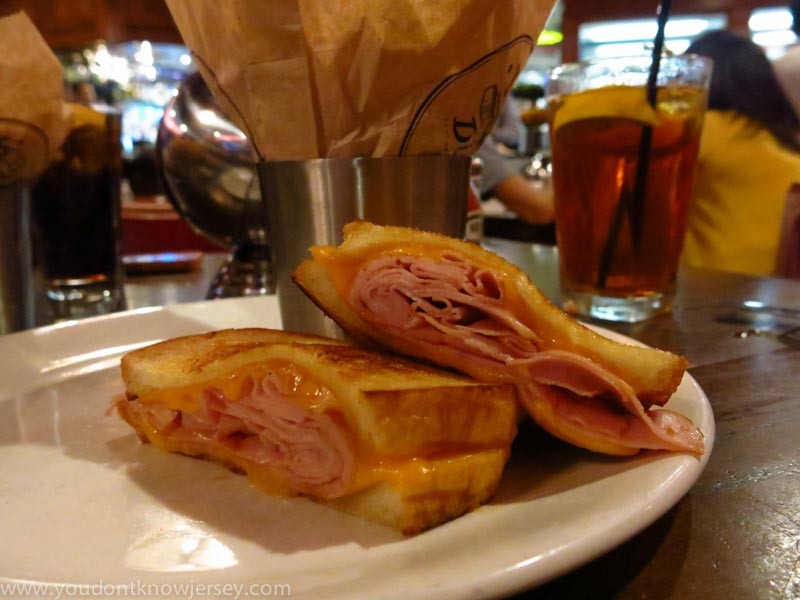 You’ll pay a little more than you’re used to at a diner but it’s still worth the trip to Tops Diner in East Newark.

Check out all the pictures from our visits to Tops: 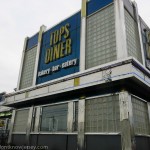 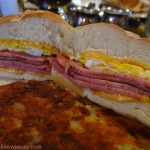 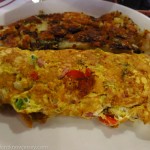 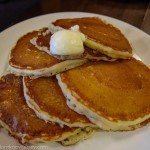 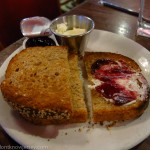 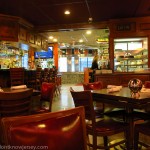 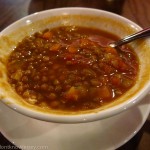 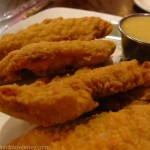 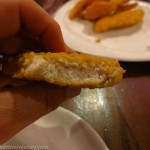 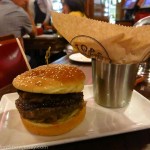 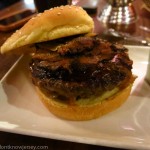 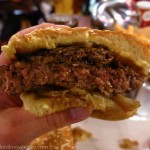 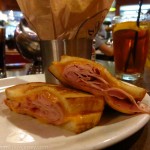 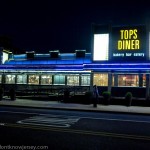