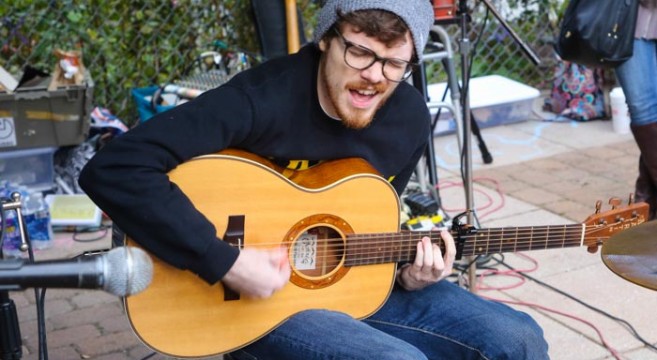 I have always been fascinated by what music musicians listen to when they aren’t creating their own music. What music inspires them, what albums do they return to again and again—the desert island discs. With this in mind I decided to ask some of my favorite New Jersey musicians to name their top 10 favorite albums of all time. Not the albums that they think are “important,” or that have influenced many other artists or ones of technical merit. I wanted to know their very favorite albums that they love just because the records mean the most to them. 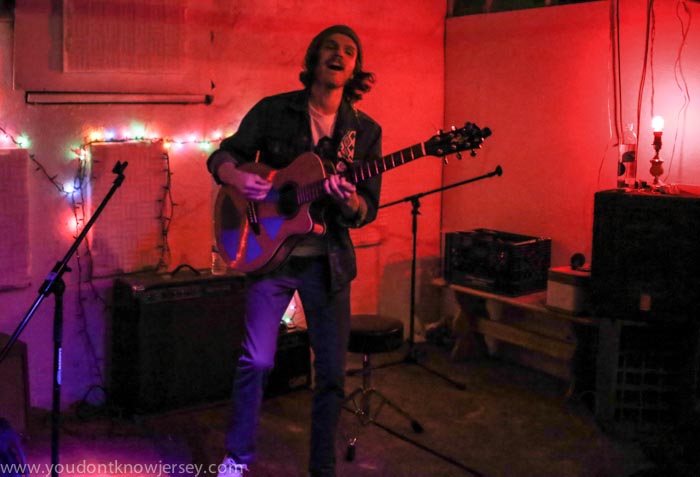 I first heard of Julian Fulton when he was working with his band The Zombie Gospel. I was immediately taken not only by the bluesy rock with hints of soul that the band played so wonderfully but also by Fulton’s passionate and emotive voice. I was an instant fan. I first saw Julian Fulton live at a basement show in Montclair, at that time he was is the midst of performing as a solo artist. In that basement with no microphone and no amplifier, only an acoustic guitar, he transfixed all of us there with his musicianship, vocals and powerful songs. Always a tireless worker, Fulton recently announced that he has finished most of the tracking for his first official release since 2013. He is also starting to audition musicians to revamp The Zombie Gospel. The coming year should be a big one for Julian Fulton.

Without further ado Julian’s intro and list are below.

Narrowing down your favorite albums to just ten should prove arduous for any music lover. Ranking art is an impossible and futile feat, often involving the aggressive and unnecessary comparisons of apples to oranges. What is the universal measure by which we equally judge all artists? There isn’t one. It’s all subjective. It’s all relative. But best put by Those Mockingbirds’ frontman Adam Bird last month, “…this list was different just a year ago, and will again be different a year from now.” There’s literally an onslaught of other records that could’ve easily made this list, and the list would have been different even a month ago. But, given the parameters and after hours of arguing with myself, this is the best I could come up with. (It should be noted that this process was physically painful and way more time-consuming than I thought it was going to be. Also, it’s likely my answers will have changed by the time this is published.)

Anyways, in no particular order, my top 10 albums (right now) are: 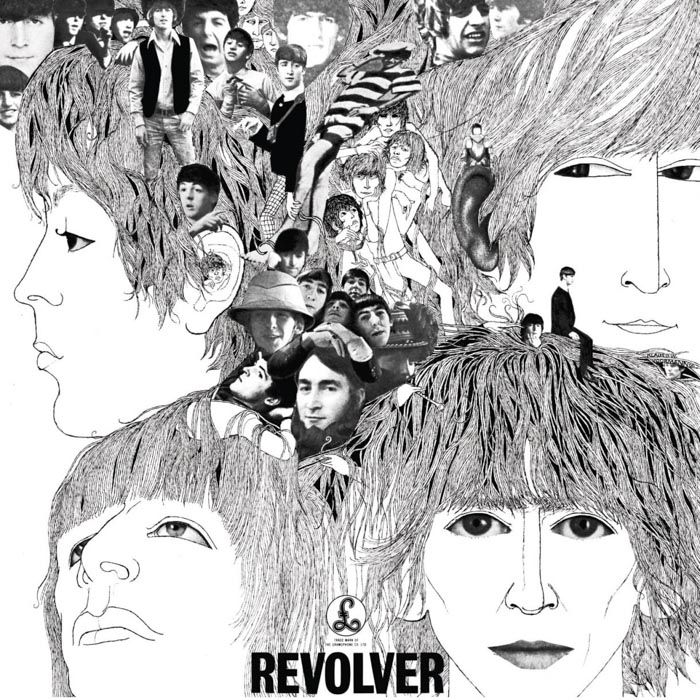 It took me FOREVER to narrow down this list, and half that time was spent just trying to pick which Beatles record was going to make the cut. But for now, Revolver wins out. This album’s gravitation past the “I Wanna Hold Your Hand” image of the band and straight towards a post-Sgt. Pepper’s era of music makes it both an extremely exciting and important record. It turned pop conventions on their heads, introduced a bevy of odd recording techniques to the masses, and is arguably The Beatles at the peak of their careers. I’m always in the mood to listen to it. Records like Revolver helped the younger me discover how strong my passion for music really was, both as a listener and a writer. It’s an amalgamation of so many different styles but resilient in its pop appeal, and for that and many more reasons, I love it.

Gonjasufi – A Sufi and a Killer

Gonjasufi’s debut A Sufi and a Killer is probably the most peculiar entry on my list, if only because it seems that nobody I’ve talked to about it has ever heard it before. A Sufi and a Killer is lathered with tactfully off-kilter samples, old-school DJ theatrics, and a resounding vocal so damn pure and primal that it could put you to sleep or fight you to the death. With producers The Gaslamp Killer, Flying Lotus, and Mainframe in tow, A Sufi and a Killer is a whiskey-soaked mushroom trip down hip-hop’s past with lines of soul, funk, rock, and Indian music along the way. It’s bizarre and grimy in all the right ways and direct in all the necessary ones. And while it may not be for everybody, try listening to “Duet” in your car and telling me that it doesn’t immediately make you feel like a badass.

Tracks to listen to: “Duet”

Otis Redding is listened to and sung by me at least several times a week, and has been in constant rotation for some time now. Otis Blue is a must have for both new and old fans of the Big O, and was a welcome introduction to who would soon become one of my all-time favorite singers. It was also a “gateway drug” to a plethora of other amazing, gut-wrenching soul performances. Try holding back the tears and Hallelujah’s when listening to Otis’s rendition of “A Change Is Gonna Come.” I dare ya. His booming vocals are so powerful that it hurts my insides and makes me want to cry…in a good way. Bottom line, if you could only listen to one of Otis’s records, Otis Blue would be a great way to go.

Favorite track: “I’ve Been Loving You Too Long (To Stop Now)”

This record tears me apart. I know it might make more sense to pick OK Computer or Kid A or something, but In Rainbows stands alone to me for some reason. Can’t quite explain it. It’s like a ghost you want to haunt you. And despite discovering it in the winter, which only made it all the more depressing (try driving home through a snow storm from a shitty job late at night listening to “Videotape” and not rethinking every decision you’ve ever made), in that darkness was a truly visceral record, one that I’ve reflected to personally and musically quite often. It’s a departure from the post-OK Computer Radiohead in that, for the first time, they weren’t beholden by time or a record label. I think that freedom and patience resulted in a more deliberate record, evident even at its most reckless, and it resonates with every one of my alternative rock predilections, including ones I never knew I had. 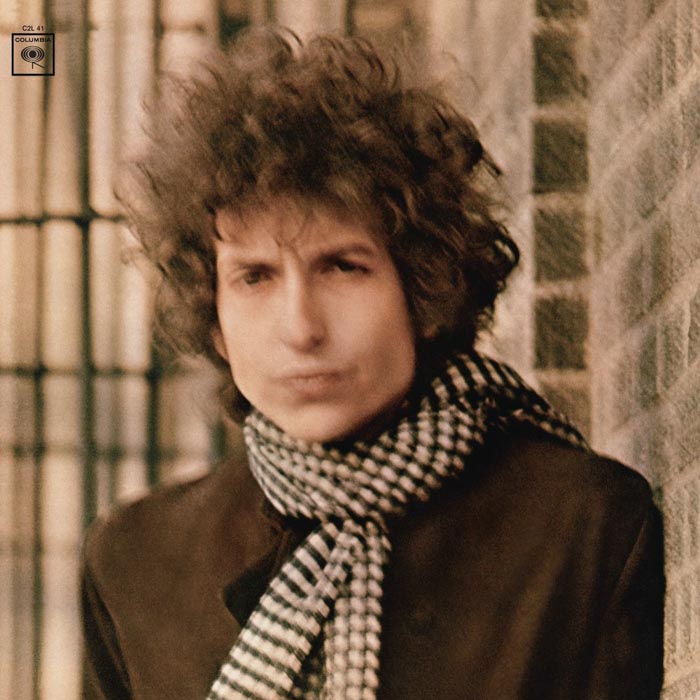 Silly, sloppy, thoughtful, rambunctious, and epic – Blonde on Blonde is off the cuff, all over the place, and all the better for it. This was the Dylan record that got me heavy into Dylan, and I’ve never looked back. For that reason alone, Blonde on Blonde just barely beats out the likes of a Bringing It All Back Home or The Times They Are A-Changin’, per se. He writes these long songs like “Visions of Johanna,” and somehow I’m singing the entire thing a day or two after first hearing it. How in the hell, with lyrics as unconventional as they are, does nasally ol’ Bob Dylan have this effect? Is he a genius? Is he just fucking with us? I don’t really know, but I suppose that’s part of the mystery that continues to draw us to Bob Dylan, culminating in righteous fashion with Blonde on Blonde.

When I discovered Grizzly Bear, it was like a hole in my musical heart had been filled. They were making the exact type of music I wanted to hear at the time, and perhaps a bit of the music I wanted to be making. Their psych-folk, harmonic weirdness played at my heartstrings and lured me in like a moth to light. Their debut Yellow House blew me away, so I was super pleased when they followed up with Veckatimest, assuring me that they still had a lot of ground to cover and the artistry to do it. It’s eerie, experimental, cinematic, ethereal, and perfectly produced. On one hand, there’s “Dory,” which is like a warped acid-folk lament, and then you have an absolutely flawless pop song like “Two Weeks.” Veckatimest hits on so many levels, epitomizes so many 21st century indie rock ideals, and continues to encourage me to seek out the strange and melancholy in pop music.

Favorite track: “While You Wait For The Others” 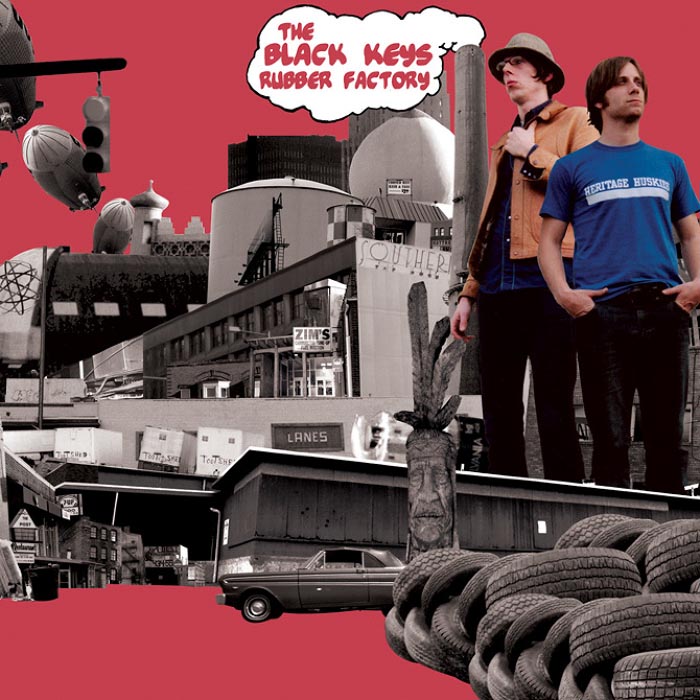 This is a great rock ‘n’ roll record through and through, and easily one of my favorites from The Black Keys. Low-fi, distorted bliss. The Black Keys had really gotten into the groove of performing and writing by this point, and the result was a goddamn treasure trove of blues-rock. The fact that The Black Keys self-recorded Rubber Factory in a local abandoned tire factory makes it all the more enjoyable, its flaws lending themselves graciously to the garage-y sound of the record and to the notion that “You CAN do it yourself.” Though it was released four years before their complete studio-turn, Attack and Release, you can hear the gears starting to grind in a more conceptual, studio-oriented direction. That, plus a solid Captain Beefheart cover, makes this record something quite special, and helped to eventually cement The Black Keys significance in modern American blues music.

This record is a complete deconstruction of everything I ever came to know and expect of The Beatles, and for that reason alone, it’s brilliant. Plastic Ono Band is almost uncomfortably honest and simple – a tale about a troubled man searching for love in a troubled world. Relatable enough, right? I had gotten so into the complexities of arranging music that I needed a record like this to remind me what was most important about a song – the soul. It strips away all of the fluff to achieve something so grippingly sincere that it’s borderline confrontational. Great music takes courage and insecurity, and Plastic Ono Band has enough of that to go around. 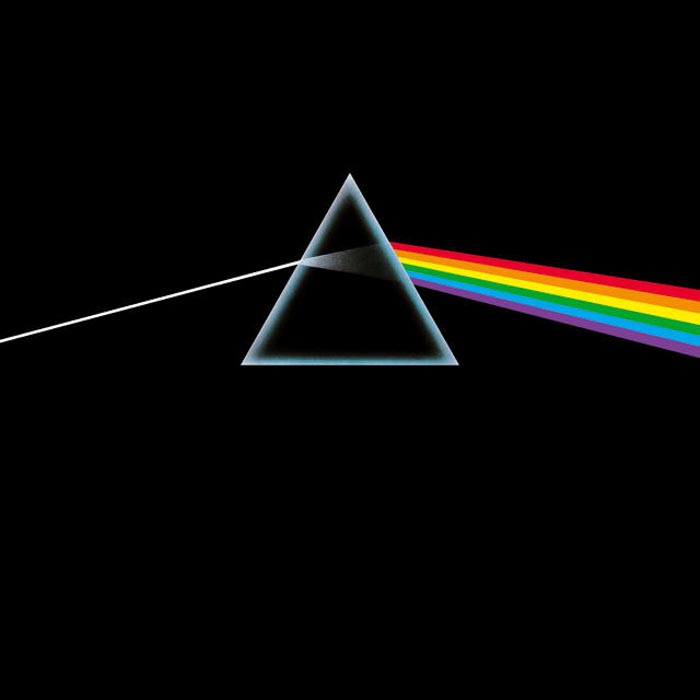 Pink Floyd – The Dark Side of the Moon

What happens when a band aiming to create something unique accidentally creates something perfect? You get a timeless piece of music called The Dark Side of the Moon. It’s an absolute mind-fuck of a record and essential listening for any rock lover. As a thirteen-year-old kid, The Dark Side of the Moon gave me the sensation of getting high before I even knew what getting high was. It also scared the shit out of me. I couldn’t help but feel incredibly small after listening to tracks like “Us and Them” or “The Great Gig in the Sky.” It’s one of the best concept albums of all time, and its influence is hard for me to shake. The themes are timeless, the execution is ambitious, and the result was 741 weeks on the Billboard Top 200. It’s a fitting testament to how terrifyingly mammoth The Dark Side of the Moon and its legacy continue to be.

Favorite track: “The Great Gig in the Sky”

This soul oddity seems to have been largely overlooked, but the pairing of Delfonics frontman William Hart and producer Adrian Younge (aka the guy who did the soundtrack to Black Dynamite) was just strange enough to be totally worthwhile. At the time of its release, critics were dismissive of its lack of Delfonics-ness (not for those expecting to hear silky soul ballads like “For The Love I Gave To You”), but it’s for those exact reasons that I can’t get enough of it. It’s not a homage to The Delfonics, nor is it an empty regurgitation of their Philadelphia soul sound. Instead, Adrian Younge dismantles retro soul tendencies and re-imagines them, highlighting their darker inclinations and adding some cough syrup for good measure. The result is something pleasingly fresh, a genre I like to call noir soul, and worth a serious listen.

Favorite track: “Stop and Look (And You Have Found Love)”