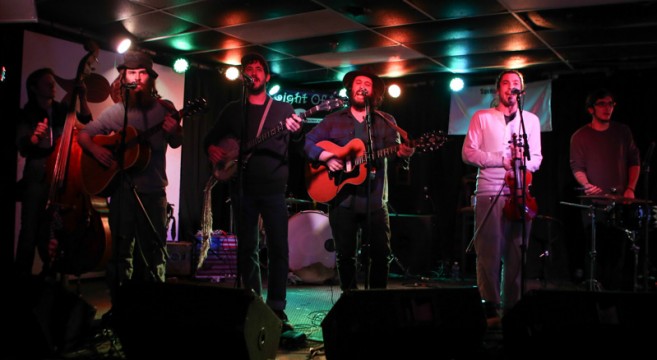 Who knew this late in the year, straight out of the Pine Barrens, would come a contender for Album of the Year? Jackson indie folk band Thomas Wesley Stern has a knack for taking traditional American folk arrangements and making them fresh and modern. They have never done this better than on the amazing, recently released Never Leaving. At times poignant, playful, somber, elated and heartbreaking, it is always mesmerizing. I listened to the album many times before attempting to write a review. This is an album I just wanted to enjoy for a while and let it sink in. It grabs hold of you and you won’t want it to release its grip. 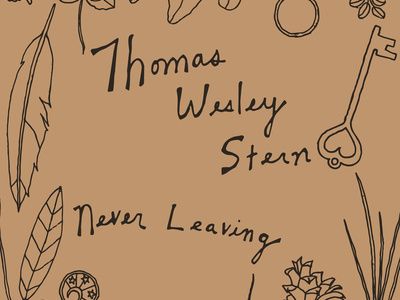 Lead off track “Landing” is a folky lullaby that sounds closer to a prayer.  There’s simple banjo and close harmony vocals that draws you right in to the record.  “Learned how to fly before we were taught to land”. “Broken Heart’ has the band’s world falling apart. It has the interesting juxtaposition of being an upbeat song about sadness.  This is the essence of what we’ve heard from Thomas Wesley Stern before and what makes their live shows so fun to watch.  They can be singing about the worst broken hearts and worlds falling apart but they still make you smile while they’re up there on the stage.

“Bourbon St. Girl” brings another new style to the album. This one has a great jazzy, blues-inspired New Orleans sound with some stellar clarinet and muted trumpet playing throughout. This song has amazing story-telling. “Daughter of the Farm” is quiet and loving.  I absolutely love the “moon glow in your eyes” line.  It’s one of the most romantic lines I’ve heard lately.

The amazing clarinet returns in “Jackson” and this time brings the sound right back to our home state.  The walking beat mimics the “walking right back down to Jackson” lyrics.  You could call this Thomas Wesley Stern’s answer to Johnny Cash’s homage to Jackson. “Waterway” is a Simon and Garfunkel type track and sounds like they’re remembering their childhoods along New Jersey’s great waterways. “Talk is Cheap” brings New Orleans back and this time has a great trombone playing throughout the track.  The lyrics sound like call and response cadences which might indicate why talk is so cheap.  It’s another of their classic upbeat songs about a downbeat topic.

Title track ‘Never Leaving’ is just heartbreaking.  You can practically hear the violins weeping as they play.  “Told me you were always never leaving… and you’re gone.” We come full circle with “Just” that finishes up the album just as it started…with a lullaby.  You could get lost in their harmonies. And you will want to.

Never Leaving is deceptively simple but is actually an amazingly complex album that is a veritable feast for the soul. It is universally appealing and an album that uniquely captures the band at the height of their powers. The album is like a wonderful, unplanned road trip where there are amazing discoveries at every turn you take. Get lost in Never Leaving.

You can pick up the album on iTunes, Bandcamp, and Amazon.

Check out the band live when they play Tierney’s Tavern in Montclair on Saturday December 19th with Accidental Seabirds and The Porchistas.