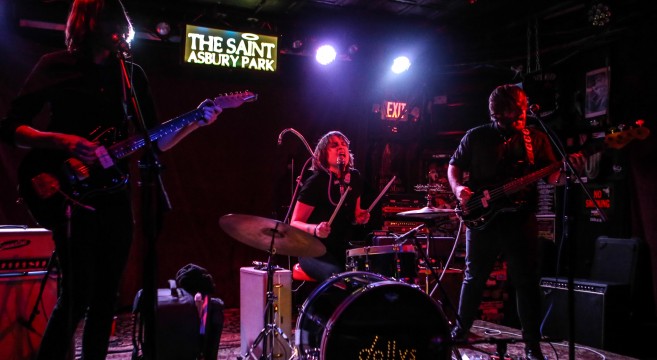 New Brunswick band dollys released one of our favorite albums of 2015 last June with the brilliant and mesmerizing Oh, Please. The breezy melodies, impressive harmonies and stellar production made for an album that I still listen to frequently. Not one to rest on their laurels they had also been releasing new singles throughout 2015. Similar to The Smiths, who some considered a “singles band,” the dollys have so much great material why would they wait to release these songs for us to enjoy? We were blessed with new material every few months. On Friday the band will release all of these singles on an album entitled low year on the Sniffling Indie Kids record label. 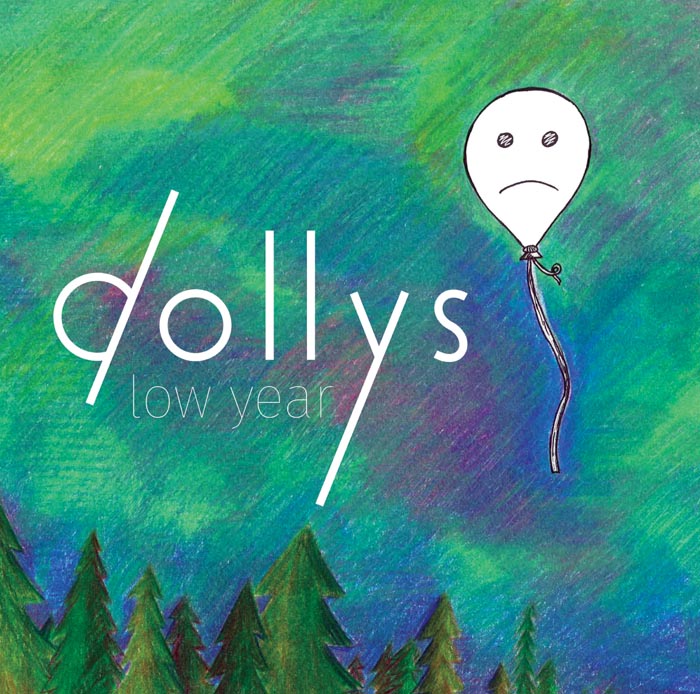 “Friendly” opens the record with the familiar classic dollys’ sound we have come to love. Light melody buoyed by the playful guitar-playing of Jeff Lane along with Natalie Newbold’s expressive vocals. As is often the case the lighter music belies deeper questions with lyrics like “it makes me want to cry, it tears me up inside, when you make me happy.”  dollys can also get funky as witnessed on the groovy tune “Better.” A slinky number with some great funky bass from Erik Romero, the addition of horns here just add to the allure of the song. The 60’s Beatlesque vibe the band does so well is present in the delightful “I Know.” It is a slow burner of a song that builds to a rousing, glorious finish.

Elsewhere on the album there is great fuzz box, distorted guitar on “Cornerstones” and “How Charming.” The band gets soulful and longing on “doctor,” while playing with tempo. And “derek” with its sweet strings and rat-a-tat drumming is hypnotic.

The uptempo, driving “Imitator” is easily a highlight with a pulsing, punk influenced beat. The song shows that the band can rock with anyone out there. The final two songs are also stunners. “New Year’s Eve” is a short but gorgeous tune with Newbold’s voice accompanied by a sole acoustic guitar. Closer “Drive On” expresses regret “what else can I do but move on trying to forget all the awful things I said” but offers a glimmer of hope.

At this point I am not sure dollys can write a bad song. Or even a so-so song. Their high quality song output is quite frankly amazing and, for other bands I would think, intimidating. Each song they release is so well-crafted and well-executed they make it seem easy. It is no surprise that many of the songs on low year have been part of the band’s live set for a while now. Can dollys keep this pace up? I’m betting they can.

You can check out dollys live at their record release show upstairs at Convention Hall in Asbury Park on Friday February 26th. It is a co-release show with Lost in Society for their new release Modern Illusions. gods, Kyle Trocolla, and Derek Rossi of OC45 fill out the bill.

Here is dollys’ latest video for lead off song “Friendly.”