We love board games and we love amusement parks.  So, why wouldn’t we love a board game centered around theme park rides?

Over Presidents Day Weekend we had lots of plans for outdoor activities and then the weather turned frigid for two days and then snowed for another day.  So, all weekend plans had to be reworked and a new board game was purchased at our favorite game store, All the King’s Men in Pitman.  Behold, Steam Park! 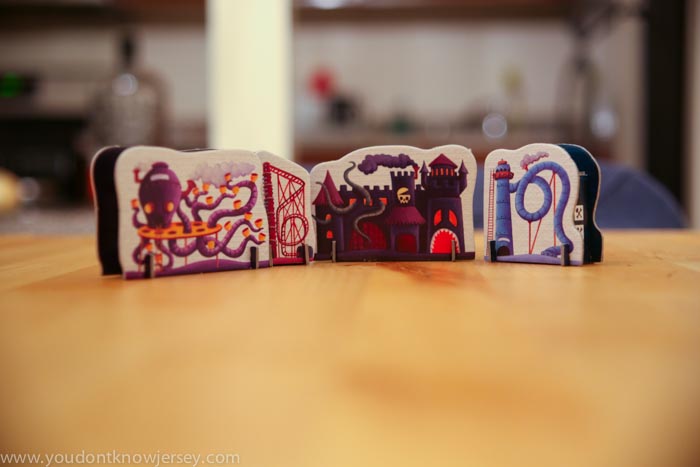 Look at these cute rides! There are six sets of themed rides and you can use any combination of themes you want when you’re building your park.  The instruction manual is initially overwhelming.  But, trust me, the game is worth the effort. My suggestion is that someone open the box ahead of time and read the 11-page pamphlet before you all sit down to play.

The super simple version of the rules is that there are six rounds of play and four steps for each player per round. The steps are (1) rolling dice to do actions, (2) collecting dirt from your park to clean up, (3) doing the actions that you rolled and (4) collecting the income from your park.

These are the dice which you can see have pictures of different stuff you can do to build your park. 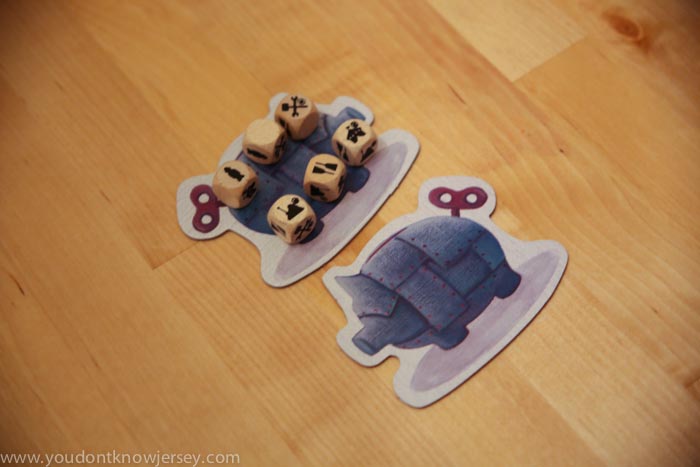 These are the dirt tokens you collect and have to try and get rid of before the game ends. 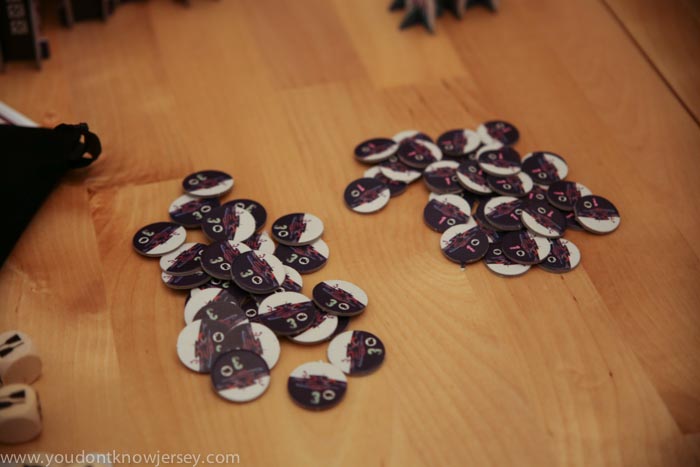 The actions you are rolling for and can do as the third step are (1) building rides, (2) expanding your park’s square footage, (3) getting more visitors to the park, (4) building stands and (5) cleaning up dirt. Below are the stands you can build which all have special rules if you want to include that in game play. The special rules aren’t necessary. 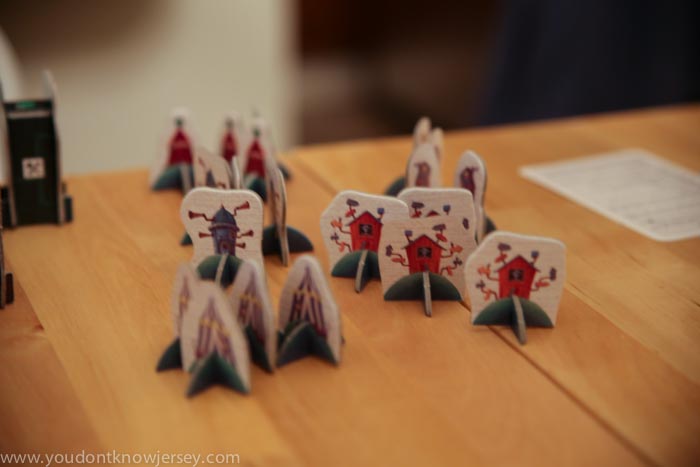 These are the visitors who are color-coded for each type of themed ride. 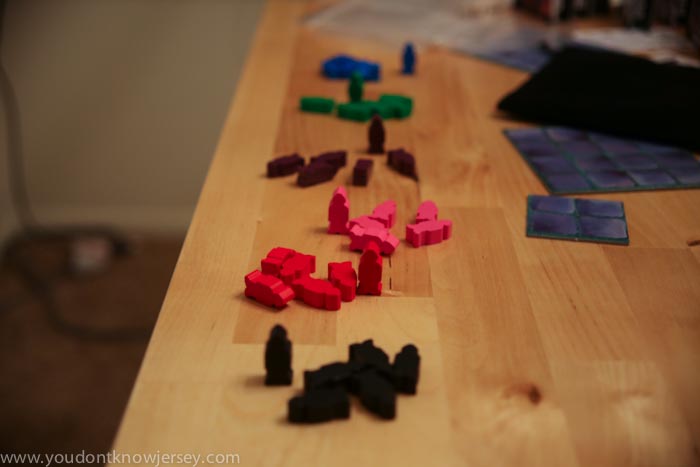 Here’s the game all set up with the money tokens in the middle and rides on the grey squares which are the individual parks. Mike gave the game two thumbs up. 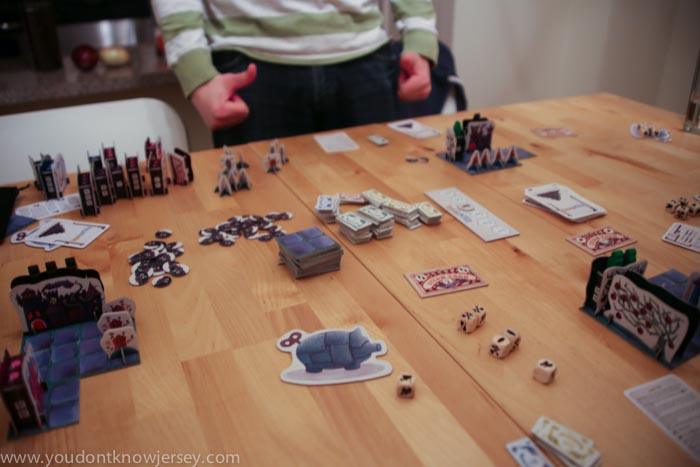 Steam Park is a really fun game and it’s pretty quick to play once you’ve gone through all the instructions.  So, go play some games New Jersey!

Check out all the pictures from our first run through with Steam Park: 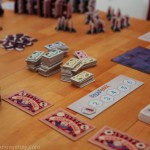 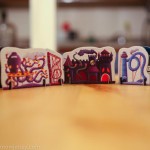 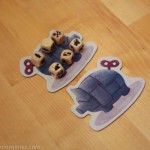 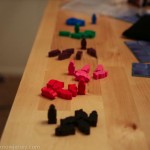 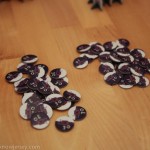 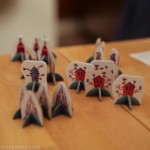 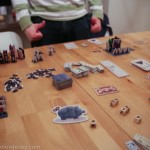 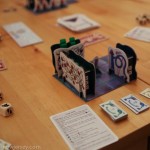 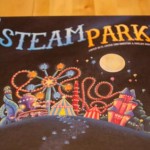