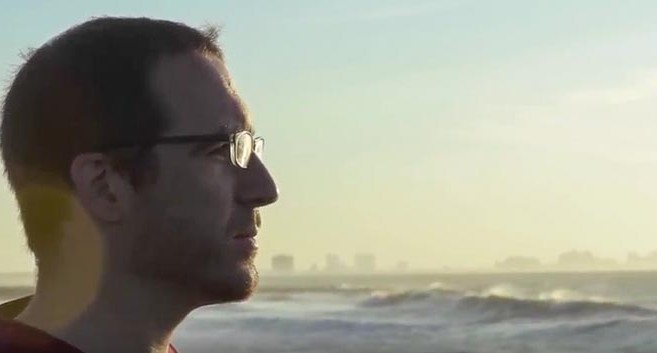 Weehawken based band The Deafening Colors put out one of our favorite albums of 2015 with their joyous and poignant Carousel Season. Founding members John Arthur and Cris Slotoroff grew up in the Atlantic City area so they are very familiar with shore life and they perfectly captured all the emotions, happy and sad, associated with living there, past or present.  The record was perfect blend of surf rock, folk and indie.

You Don’t Know Jersey is excited to premiere the Deafening Colors new video for the title track. It was shot in Atlantic City, Ocean City, and around Atlantic County. Anyone familiar with the area will see lots of places they recognize. The images stir up many of the feelings that the album conveys so expertly. The childlike joy of walking the boardwalk, the thrill of finding a great local store, the contentment of watching a beautiful beach sunrise, the relaxed transcendence of just watching the ebb and flow of the ocean.

The video was shot by Michael Fredericks, edited by Samantha Schnurman and assisted by Keith Kasper.

You can catch The Deafening Colors at The Bitter End in New York City on February 20th. Pick up the Carousel Season over at iTunes or the band’s Bandcamp page.