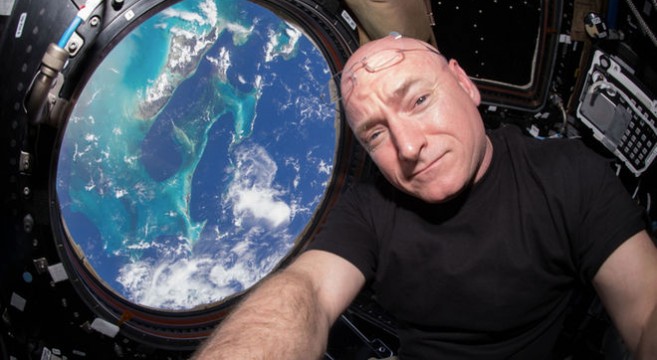 Captain Kelly is being met tonight by his identical twin brother Mark Kelly who was also a NASA astronaut. Mark and Scott will now be studied together to see what long-term effects the year in space has on a body by comparing the two brothers. It is expected that aging will be accelerated for Scott because of the prolonged weightlessness.

Space.com wrote a really good article about many of the important milestones Kelly accomplished during his 340 days in space.