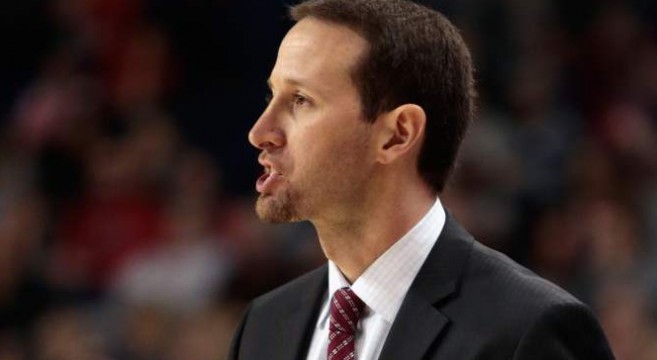 Seton Hall men’s basketball came out flat in their first round tourney game and couldn’t recover against Gonzaga.  So, who to root for now that our only men’s team from New Jersey is out?  How about the UH Rainbow Warriors?

Eran Ganot, coach of the University of Hawaii, is from Tenafly. He was hired this year after Hawaii was under investigation for NCAA violations and needed a new coaching staff. Part of their punishment for those violations is that they can’t play in the NCAA tournament next year so they’re really making the most of this year! They beat the 4th seeded Cal Golden Bears on Friday afternoon.

Eran graduated in 1999 from Tenafly High School where he was a two-time all-league first-team pick and was named to the all-county team as a senior.  During his senior season, he helped Tenafly to a 22-4 league record and its first league title in 32 years.

Ganot earned a bachelor’s degree in economics and sociology/anthropology at Swarthmore College in 2003. He was a four-year letterman for the Division III school and twice served as team captain, as selected by his teammates and coaches. He played all five positions at Swarthmore and received the Dick Beppler Memorial Award his senior year which recognized outstanding contribution to the men’s basketball team.

From Swarthmore, he vascillated between St. Mary’s College in California and the University of Hawaii where he had a variety of jobs including Director of Basketball Operations, Scout and Assistant Coach.  He finally went back to Hawaii to be head coach in April, 2015.

They play today against Maryland and you can watch online or on cable TV.