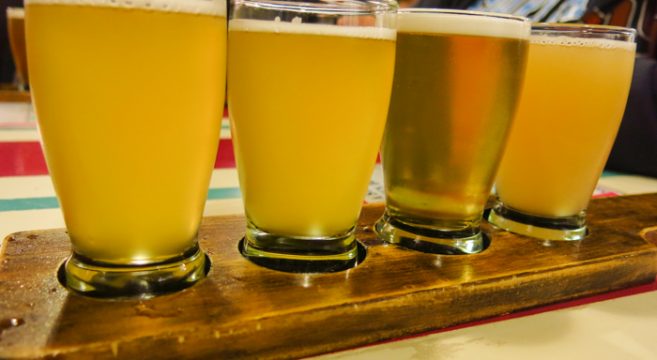 New Jersey has about 52 craft breweries right now and 16 brewpubs. It will take a while but we’re going to try and visit them all and see what our great state has to offer in specialty craft beers.  It’s going to be exciting! You can join us, too, by watching our weekly “Where’s YDKJ This Week?” articles. We’ll let you know when and where we’re going.

Forgotten Boardwalk Brewing in Cherry Hill is where we decided to start this epic project. New Jersey musician Michael Aquino and author Dania Ramos joined us. We already loved their Funnel Cake beer and headed down on a very rainy Sunday in May.  What better kind of day than a wet and cold one to drink some beers in a cozy tap room?  Their tap room is open Thursday 4pm-8pm, Friday 4pm-9pm, Saturday 12pm-9pm and Sunday 12pm-8pm. When we were there it was full but not too crowded.  There are quite a few tables with seats and some stand up tables along the walls. 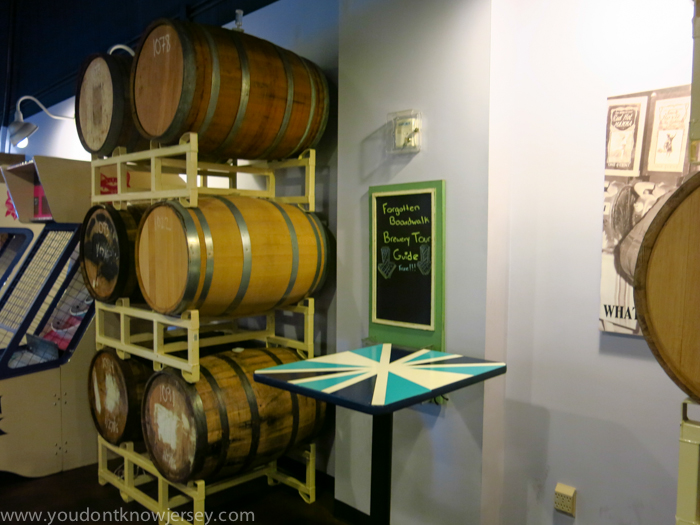 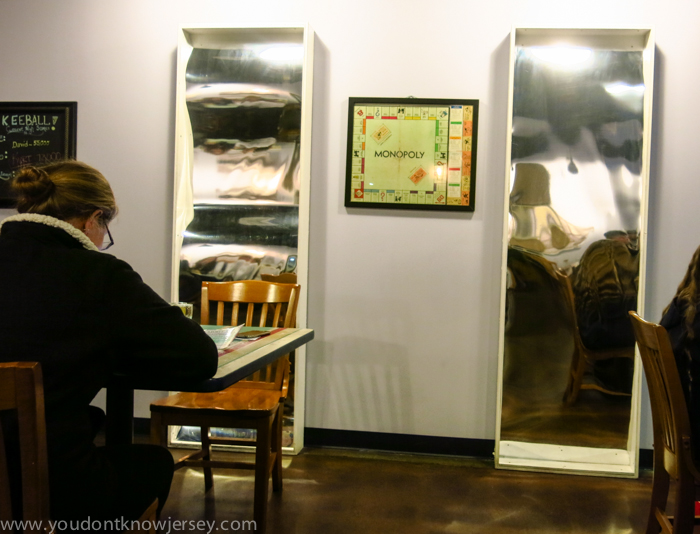 The room is set up to feel like a boardwalk arcade with funhouse mirrors, skee-ball machines and a spinning wheel behind the bar. 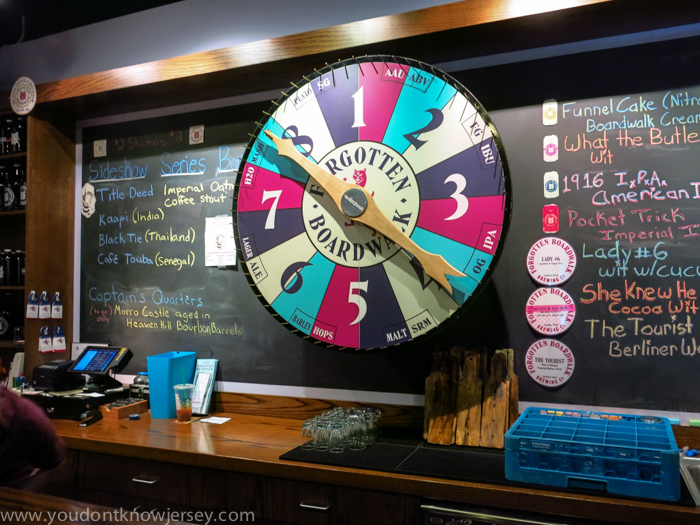 Forgotten Boardwalk is owned by the first woman brewery owner in New Jersey, Jamie Queli. We didn’t get to meet her when we visited but our tour guide, Kai, had great things to say about her.  If you get a chance to say hi when you visit, we think you should. 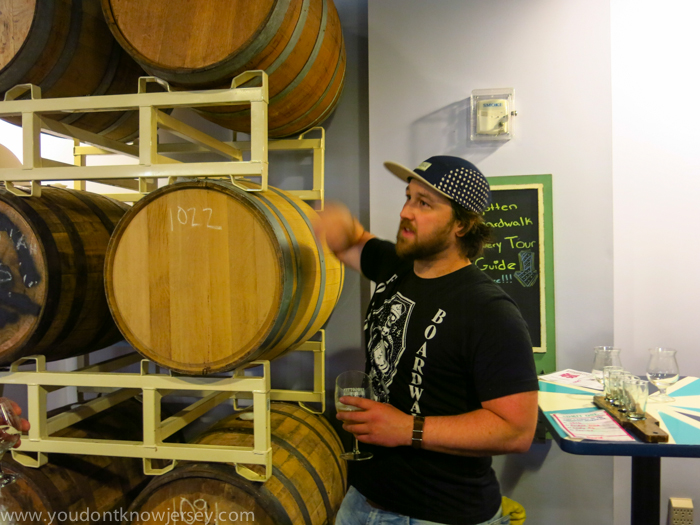 Kai is one of the brewers and he told us all about how they took over this space from Flying Fish Brewery who moved to a larger facility and how they brew their different varieties. 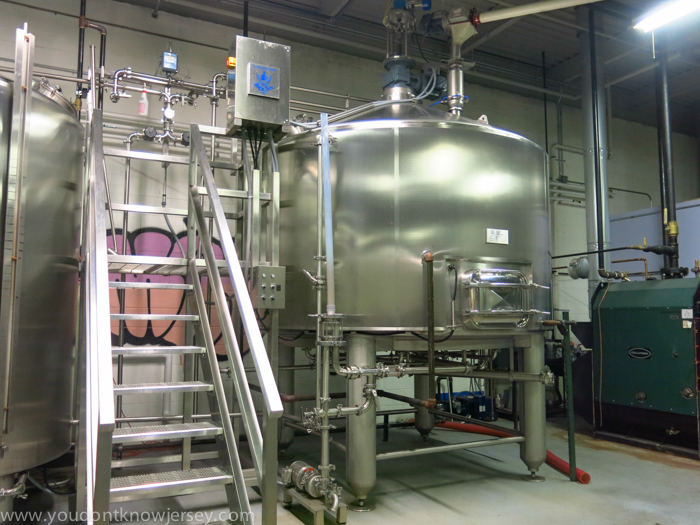 The only thing that was left from Flying Fish was the walls, according to Kai.  Even the floors were newly poured concrete to fit their equipment where they wanted it. 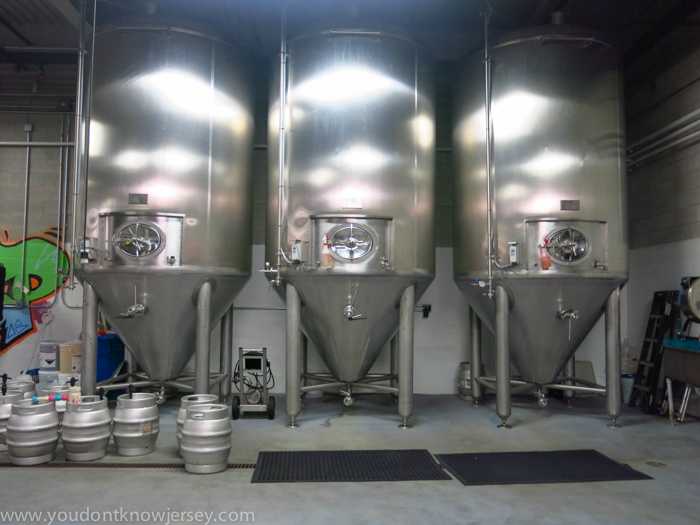 He walked us through the whole brewing process detailing the steps where all the different tastes come from in the different beers they make. They were so local-friendly that I asked about getting local ingredients for their beers but apparently the varied weather and growing conditions that are inherent in local produce make for difficult beer-making since they want each batch of a particular beer to taste the same as the last one. 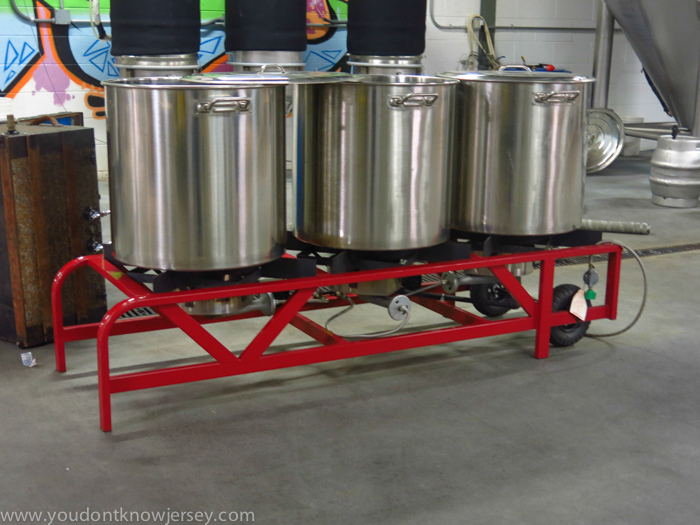 These smaller kettles are where they test out new brews and make the small specialty beers which are what I happen to like the best.  Each week the tap room has a selection of new and classic beers to try.  Some are almost always there like their famous Funnel Cake and some are different takes on an existing beer or a new one all together. 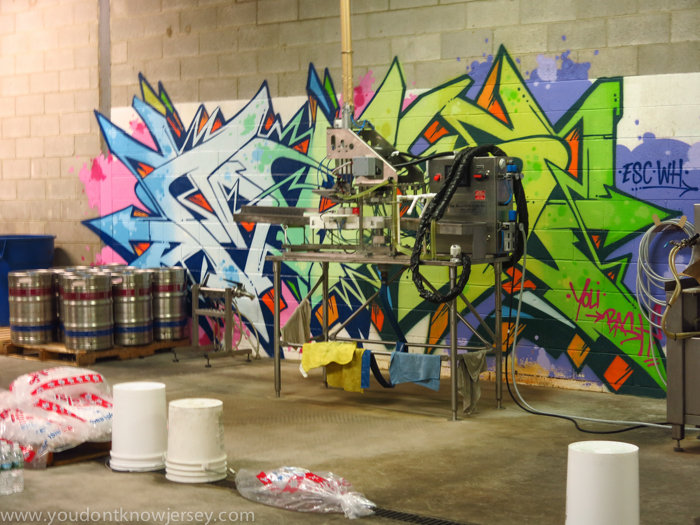 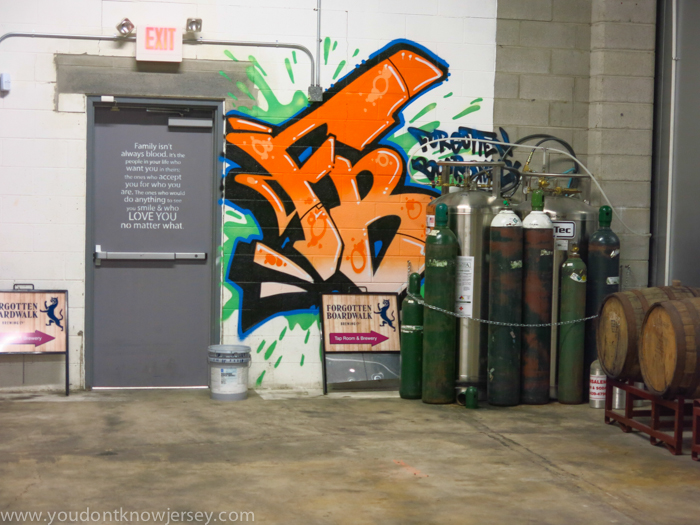 We were especially drawn in by the street art on all the walls of the brewing area. Artists Retep and Madollaz were given different areas around the brewery to create their art.

I’m not an experienced enough beer taster to give proper tasting notes but I liked the Tourist Tamarind Berliner Weisse the best. It was very tangy and had lots of citrus peel bitterness.  It was nearly a breakfast drink and it will make a delicious summer beer.  Lady #6 was also good with less of a bite but still very floral with the Cucumber and Ginger tastes. We tried both versions of Funnel Cake and were not unanimous in which one we all liked so you should try both since they’re both very good. 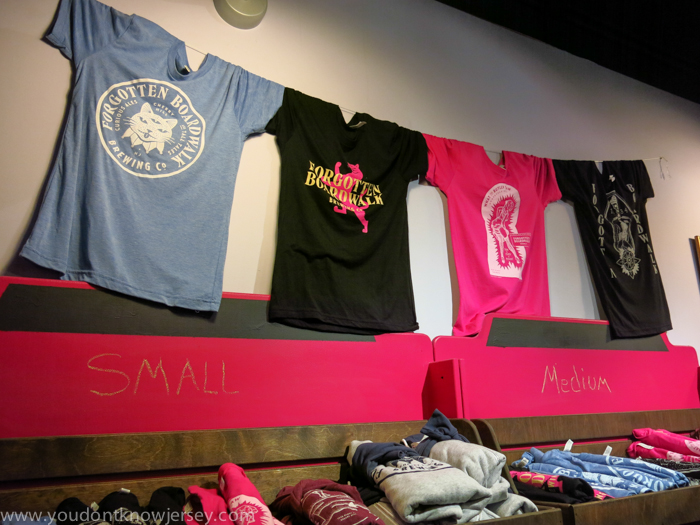 Their mascot, Growler the Cat, is all over their cans and merchandise.  We definitely got some of those shirts because of adorable Growler.

Check out all the pictures from our visit to Forgotten Boardwalk in Cherry Hill and stay tuned for news on where we’re going next.  We’d love for you to join us! 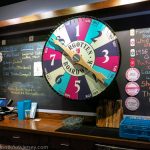 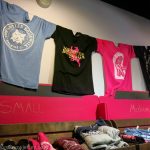 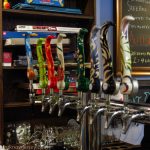 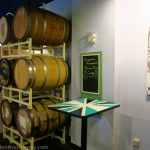 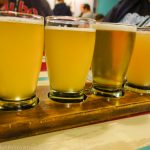 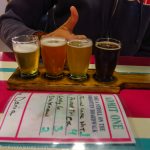 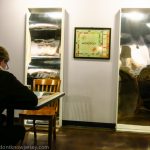 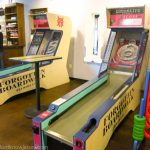 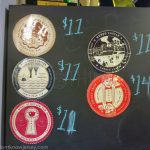 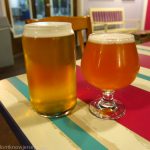 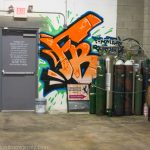 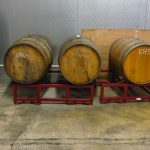 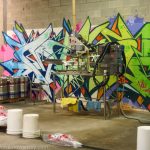 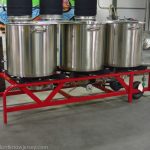 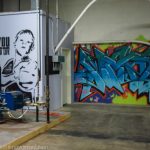 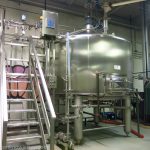 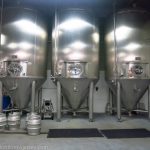 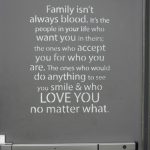 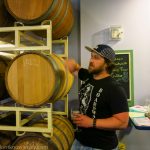