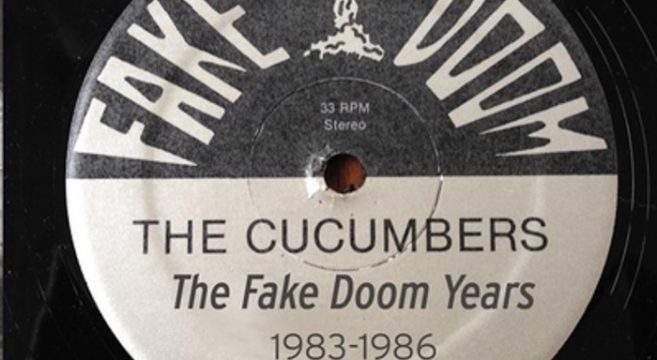 In the 80s, Hoboken’s music scene was thriving and indie pop band The Cucumbers were a vital part of that landscape. Married couple Deena Shoshkes and John Fried met while attending Brown University and started the band shortly thereafter. They moved to Hoboken in 1981 and while they did not know there was a music scene there they quickly became a beloved part of it. At the time Fake Doom Records was looking for new artists and they put out the band’s first official release in 1983, their self-titled debut EP. It was very well received and garnered great reviews and college radio airplay. The label went on to release The Cucumbers first LP in 1985 and their first 12′ single in 1986. These were only available on vinyl. Until now that is. 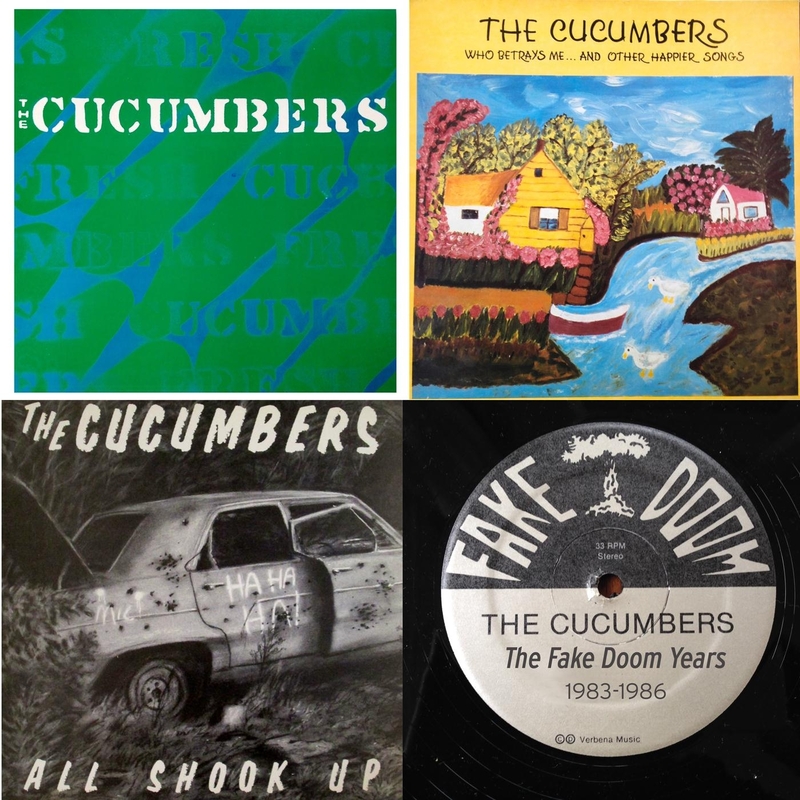 The Fake Doom Years (1983-1986) features the band’s first EP The Cucumbers, first LP Who Betrays Me & Other Happier Songs, first 12″ single “All Shook Up.” The compilation also has two previously unreleased songs; a studio version of “Keep Your Cool” and  live track of “The Body Groove.” This is the first time all of these songs are out in a digital format.

From the very first track, their early hit “My Boyfriend,” you know you are in brilliantly crafted indie pop territory. At times Cucumbers’ songs remind me of some of the best sparse pop of the times like Talking Heads and Blondie. The sound is crisp and fresh. It sounds as relevant now as it did when it was first released. I can hear this sound in awesome current bands like dollys and Annabelle Chairlegs.

The Cucumbers are reuniting for one night only to celebrate the release of The Fake Doom Years. In addition to Shoshkes and Fried on guitars and vocals, John Williams will be on bass and Yuergen Renner on drums. The performance will be at Rent Party in Maplewood. It is a benefit show with all proceeds going to fight hunger in the local community.