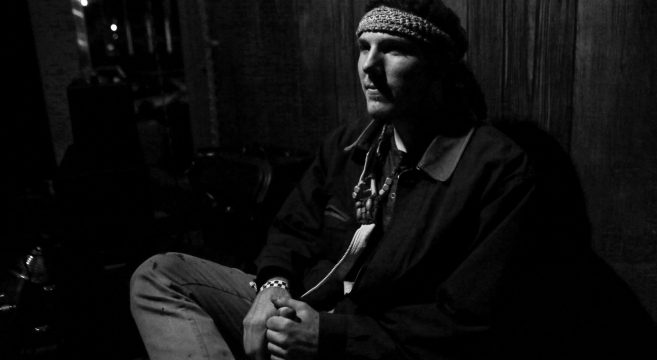 This weekend is JAM-packed with good events.  We can’t possibly make them all so we’re counting on you guys to fill these venues!

This show is going to be EPIC.  Join YDKJ as Accidental Seabirds drops their new album at The Stone Pony on May 13th. It’s going to be one hell of an Album Release Party with Thomas Wesley Stern, Emily Grove Band, Beatrix Potter Band and The Big Drops!

Rent Party: Bern & The Brights, The Thousand Pities, The Cucumbers

We wrote about the Cucumbers Release Party and Reunion show earlier this week.  It’s going to be a killer show with Bern & The Brights and The Thousand Pities opening for them.

In celebration of the digital release of recordings from 1983-1986, plus bonus previously unreleased tracks, the 1985-era configuration of THE CUCUMBERS will re-form for one show only! Featuring: Jon Fried – guitar, vocals, Deena Shoshkes – guitar, vocals, John WIlliams – bass, vocals & Yuergen Renner – drums and vocals
The Cucumbers set time is 9:45 pm, Bern & The Brights 7:45 pm, The Thousand Pities 8:45 pm

You’ll be closer to Brooklyn on Friday?  Then here’s your show: This is a declaration of Summer!! Samantha is releasing their new EP and playing with some of their favorite bands.
Plaid Dracula- 8pm, The Boobies- 8:45pm, Fruit & Flowers- 9:30pm, Samantha (EP Release)- 10:15pm, Darkwing- 11pm

Saturday, May 14th from 11am to 5pm, Monmouth Battlefield State Park, Englishtown

We attended a few years ago and loved this event! New to the Fair will be several Civil War themed programs to coincide with the exhibit of President Lincoln’s casket. Another exciting new program will be a fictional U.S. Army radio and live show, “SPAM Time,” which is modeled on actual entertainment presented to U.S. military personnel from WWII to the Viet Nam War era. There is something for everyone – so come on out and enjoy the Fair! It’s a fun-filled experience for the whole family! You don’t want to miss it.

The Rock-it Docket presents The 5th Annual Pushing Up the Daisies Festival : A Fundraiser for and at The Historic Jersey City & Harsimus Cemetery.

Meadowlands Battle for the Best Burger

Saturday, May 14th at 6pm, The Backyard at Meadowlands Racetrack, East Rutherford

Event is 6- 10 pm in the Backyard. Fans welcome to come sample some of the best burgers in the area. There is no admission fee, fans are encouraged to purchase burgers from each food truck/restaurant. Fans can enter to win a spot @ the Judging Table – 1 entry per person. 2 fans will be selected to be judges.

Judging based upon: 60% taste, 40% presentation

Saturday, May 14th at 7pm, The Stone Pony, Asbury Park

SIDESHOW! BURLESQUE! MUSIC! BEARDOS! WEIRDOS! WHISKERINAS! AND SO MUCH MORE!

Register for the Contest Now https://goo.gl/iL0C56

At the conclusion of the festivities, the following accolades will also be awarded to the worthy…
– The Larry Phillips Lifetime Achievement Award
– Smells Like Team Spirit Award
– Steph’s SweetSpot Award
– The Spirit of Asbury Lanes Award
– Wackest Weirdo in Show Award
– Bestest Beardo in Show Award

Monday, May 16th, 8pm at The Wonder Bar in Asbury Park

Most important show of the week!  Join YDKJ as we celebrate Alice’s birthday at 73 See Gallery with some of our favorite bands!