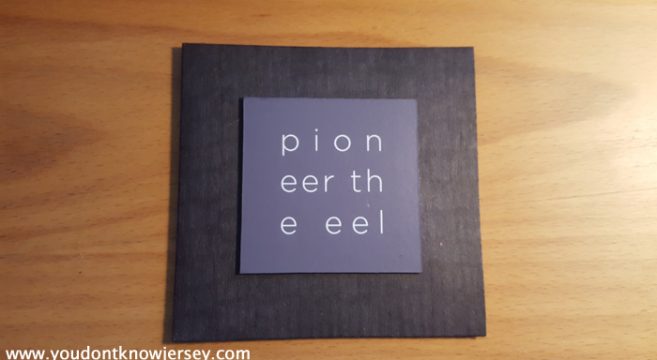 In the cacophony of today’s popular music, sometimes it’s the quiet releases that make the most impact.  Case in point, Bloomfield’s Pioneer the Eel. Normally upon hearing a new band, we try to think of bands that they remind us of as a way to start talking about the new material.  With Pioneer the Eel, except for a couple musical phrases here and there, this has proven difficult.  That’s pretty astonishing and hints at the creativity of this band. 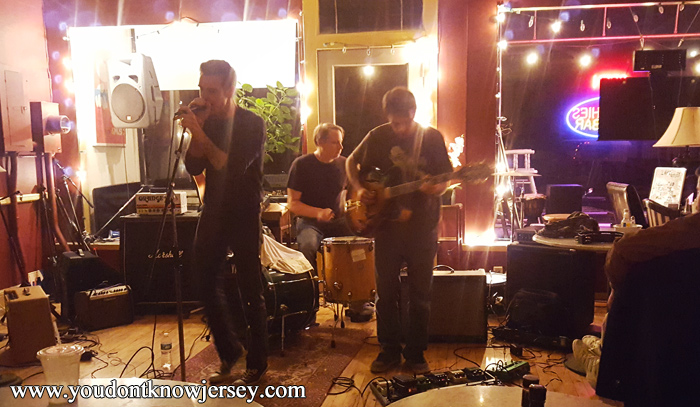 We’ve been fortunate to have caught Pioneer the Eel live twice in the last few months and both times we came away wanting to hear more. We weren’t the only ones transfixed by the minimalist sound and instrumentation at these shows, either.  This is definitely a band to keep on your radar.

The art rock band recently produced their debut album which we got a sneak peek of and it’s terrific. The album is avant-garde and moody with songs that flow and pulse. They will release it digitally on June 24th to coincide with a show at the Old Mogul Theatre.

You can hear their first single from the CD right here! ‘Jazz Cigarette’ builds very slowly to a “freak out” at the end. Victor Fernandes’ vocals even tell us what’s coming: “These days, oh, they just happen. If you freak out, you know it just happened. You better slow down. It’s only natural.” Songs that take their time building up are a central theme in the album and it makes an intense listen that also manages to be cathartic and edgy.

The CD’s opener, ‘Nerve,’ is ethereal and introduces their regular use of reverb vocals along with the interesting instrumentation the band uses.  They have no bassist and guitarists Craig Monaco and Victor Fernandes use very few bar chords throughout the record. My favorite part of their sound is drummer Wayne Green. His heavy reliance on low-register toms, use of mainly mallets instead of drumsticks and no cymbals makes quite an impression throughout the record. The majority of their sound comes from rippling guitars and Wayne’s tribal drumming sound.  It’s fascinating and really mesmerizes the crowd when they play live.

Hibernation is a lovely slow-burning instrumental that follows ‘Nerve.’ ‘Trampled by Giants’ and ‘Last Breath’ both have a pop vibe with sing along lyrics and a nice interplay of guitars with distortion. Kaleidoscope has perfect twirling musical expressions for a song with this name.  It does feel like your swirling around in a kaleidoscope.

‘Running with Bears’ brings a little faster tempo to the record—fitting for a song about racing bears. It’s got a very smart pop vibe and is one of our favorites. Green’s tapping rim shots at the beginning really feel like we’re running with the band. It vacillates between stark vocals with an atmospheric background and toe-tapping melodies.

The album’s final track, ‘They Set the Town on Fire’ uses a few bar chords and it’s interesting how that one change in what the guitars are playing makes such a difference in the band’s sound.

We’re very excited to see where Pioneer the Eel can take their intriguing sound and smart live act into the rest of 2016 and beyond.  Join us at the Old Mogul Theatre in Montclair on June 24th when they play with Overlake, Sink Tapes and the Rock n Roll High Fives. For now, they have hand-made CDs of the album which are available at all their shows or by contacting the band.