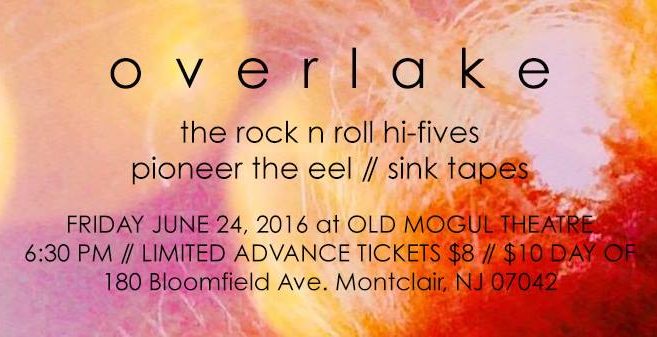 Join us at the Old Mogul for a great night of local music!  This will be a somewhat special performance for a few reasons… one of which is Overlake will be playing their new (not even finished) album in its entirety! More surprises to be announced later. Advance tickets are $8… They will be $10 day of the show.

Pricing: Admission: $10 if purchased in advance via Eventbrite, $15 at the door and includes your sample mug, Samples (4 oz) are priced between $1 and $4, Full pours will be between $5 and $8.

The event is cash only, no credit cards.

Pinot’s Palette Somerville will be on site featuring live paintings, so grab a beer and paint something awesome!

Event is open to all ages, 21+ with ID to drink. There will be a cash bar to pay as you go, no credit cards.

Please join us for an afternoon of 108 Lotus Yoga with Jon Kameen followed by A Delicious Buddah Bowl Buffet Lunch by Fogwood & Fig. All to benefit the animals at Tamerlaine Farm Animal Sanctuary.

Happy Mondays Presents: The Stops, Ashes to Oranges and DiNOLA!

Some of our favorite local acts along with some newbies and touring bands! Check out the line up and make sure to keep supporting live & local rock & roll!  Doors at 8PM, 21 and up, $3 PBRs, $3 whiskey shots.

After a number of different releases and years of touring, Montclair, New Jersey’s Pinegrove have offered their finest work to date with their newest LP, Cardinal. The band’s captivating blend of indie rock, pop and country elements is more vivid, fine-tuned, and addictive than ever before. Vocalist/guitarist Evan Stephens Hall along with brothers Zack Levine (drums) and Nick Levine (guitar) form a core that has been playing together since early childhood. Painting his emotions onto these songs with colorful and kinetic strokes, Hall moves through Cardinal’s eight songs with unforgettable energy and passion, with a vocal performance that is pleasantly reminiscent of Will Oldham and Built to Spill’s Doug Martsch. Highlighted by the downtrodden nostalgia of twangy opener “Old Friends” and the climactic refrain of “Size of the Moon,” where the confession “I don’t know what I’m afraid of,” is just as much of a sing-a-long as it is an emotional breakdown, moods don’t stay in one place for very long on Cardinal – they are carefully crafted and revisited throughout to continually evoke the album’s central themes of memory, language, and home.

Pin It
Previous post:
Win Weekend Passes to the Panorama Festival in NYC! Next Post:
Guess Where?