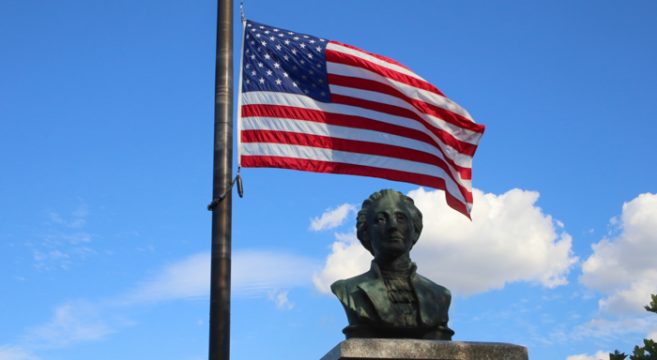 212th Anniversary of the Hamilton-Burr Duel Commemorated in Weehawken

The Alexander Hamilton Awareness  (AHA) Society gathered with the public today to remember the duel that mortally wounded Alexander Hamilton.  This isn’t the anniversary of his death, though. Hamilton didn’t die until the next day on July 12th, 1804. 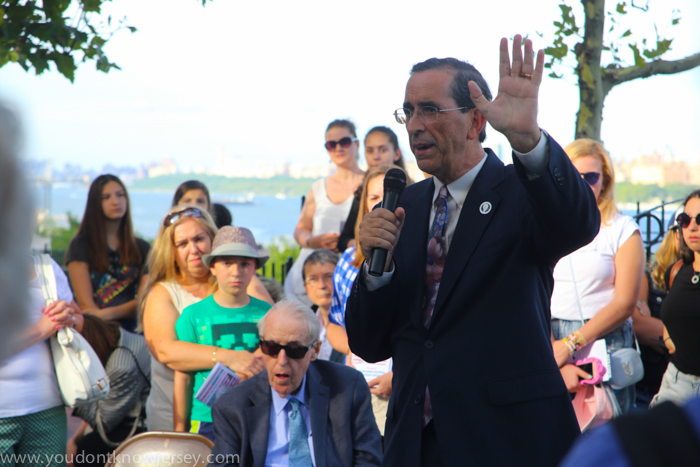 Rand Scholet, President and Founder of the AHA Society started off the festivities by welcoming everyone and introducing Weehawken mayor, Richard Turner. 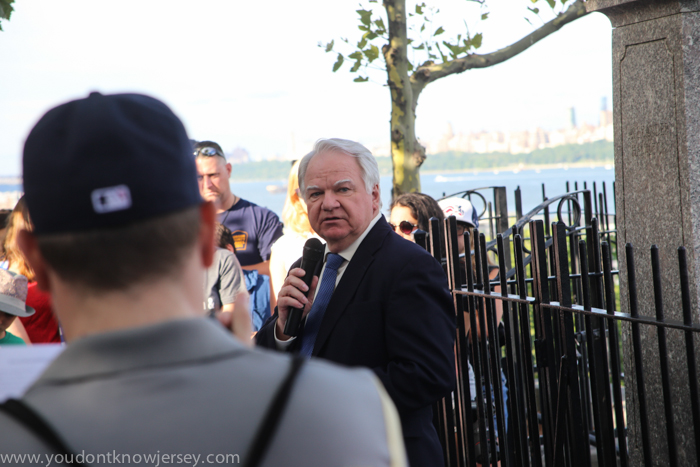 Mayor Turner along with Paterson’s Mayor Joey Torres, worked closely to help keep Hamilton on the $10 bill.  They also work together on other Hamilton-related projects since both their towns are closely connected with the founding father.

Next to speak was Douglas Hamilton, Alexander’s 5th great-grandson. 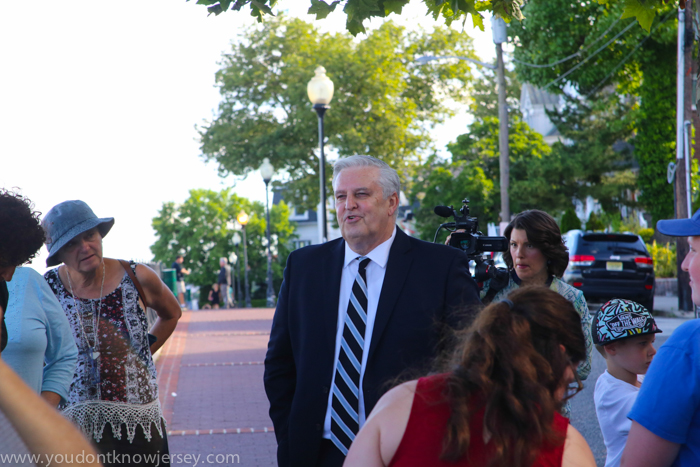 Spend a few seconds looking at Douglas and you can see the strong family resemblance. 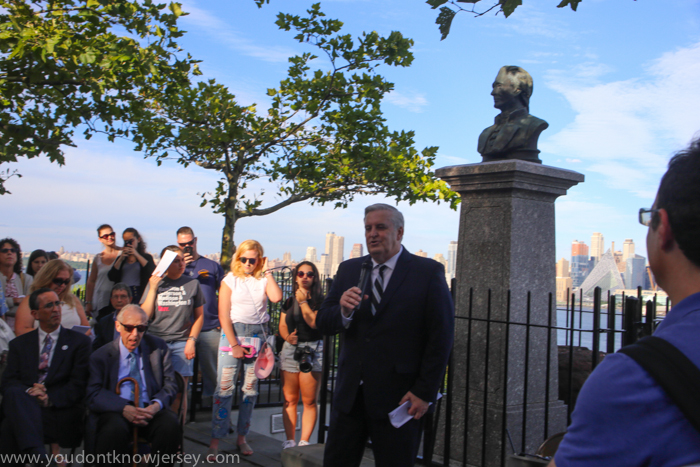 The AHA Society doesn’t like to focus much on the duel since there is so much more to Alexander Hamilton than how he died. Douglas Hamilton began the main topic of all the rest of the speeches—how the fight to keep Alexander Hamilton on the $10 bill was won.  Douglas thanked the numerous Hamilton authors and scholars who began the fight, local officials who started having proclamations about Hamilton, the Women on 20’s campaign founders who joined forces to keep Hamilton on the $10, and the public for keeping the ten-month campaign in the minds of everyone involved. 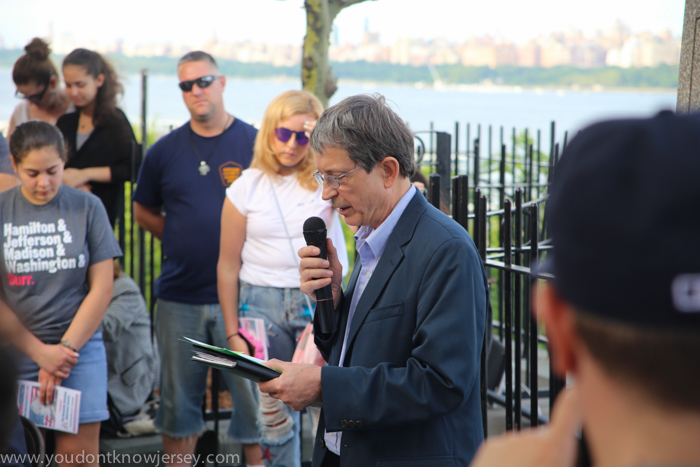 Jerry Ogden, Treasury Department Historian, had some fascinating facts about Hamilton on all types of currency.  He said that Hamilton is the only person to have been on some form of currency from the 1800s all the way into present day.  He had a really cool chart showing all the different bills, too. 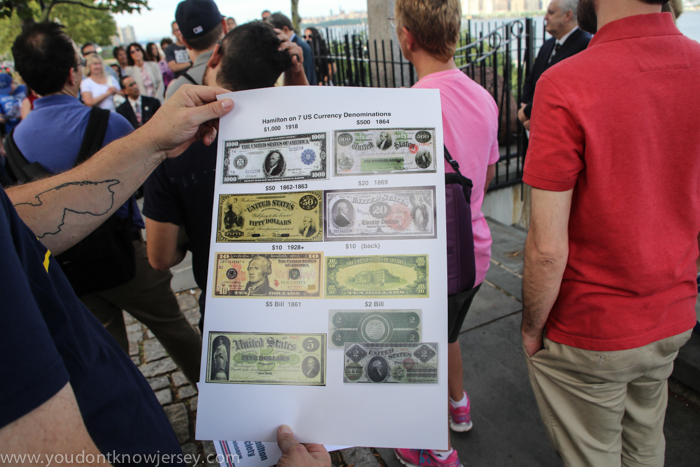 Thomas Fleming spoke briefly and his presentation followed this ceremony at the Weehawken Elks Lodge later in the evening about the history of the duel and what it meant for men to uphold their honor by dueling in the 1700s and 1800s. 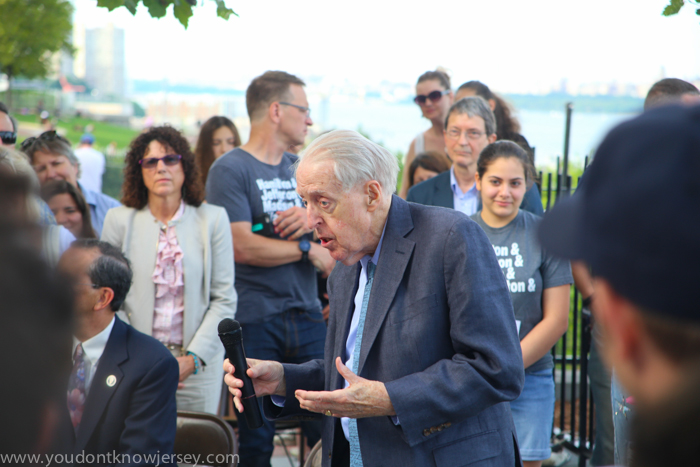 Finally, Barbara Howard, founder of the Women on 20’s campaign, spoke about how her group got started and what it meant to combine forces with the AHA Society to make our currency represent more Americans equally. 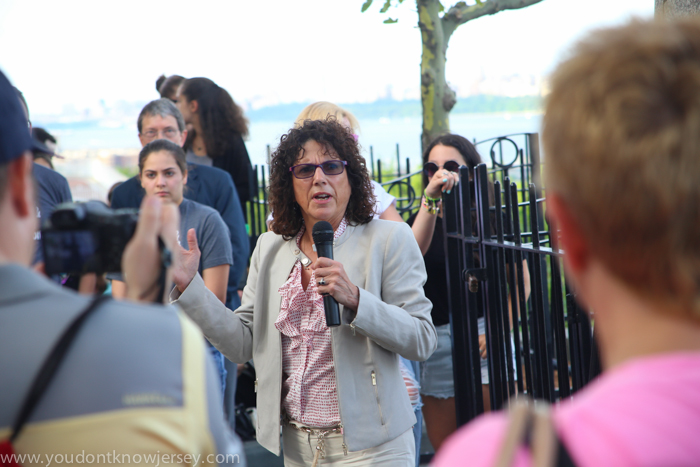 She also brought a mock-up of what our new $20 bill with Harriet Tubman might look like.  It was very exciting to see it on a piece of green paper! 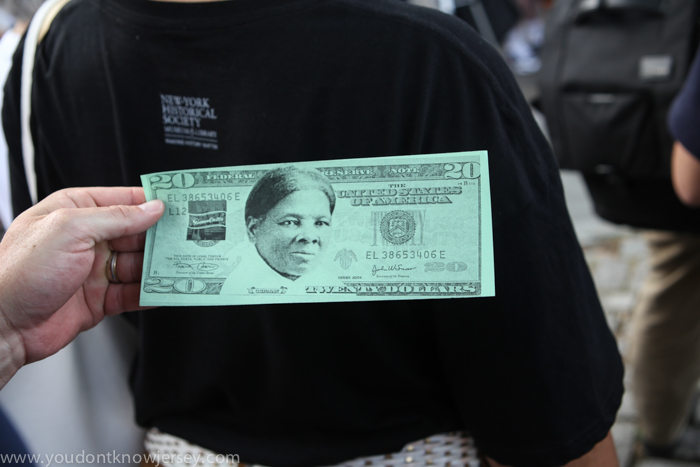 The AHA Society will continue their Celebrate Hamilton festivities tomorrow and then Friday-Sunday before they all head home.  Here is a list of all the events that are still coming up:

Tuesday, July 12th, 2016
Walking Tour: Alexander Hamilton’s New York
The Museum of American Finance is hosting an hour and a half walking tour through Wall Street Walks to explore the Financial District on foot, with an emphasis on Alexander Hamilton’s contributions to financial history.

Tickets: $15, which includes admission to the Museum of American Finance and a Lunch and Learn event.

Graveside Remembrance Ceremony at Trinity Church
Join us in the Trinity Church courtyard for a brief memorial service to honor Alexander Hamilton. Trinity Church clergy, the AHA Society, and the US Coast Guard will lead a procession to Hamilton’s grave, followed by a blessing and wreath laying ceremony. The service will be directly followed by a talk by our keynote speaker, Richard Brookhiser. Note: Feel free to bring flowers to leave at the gravesite.

See the All Places Hamilton page on Trinity Church.

Keynote Talk by Richard Brookhiser at Trinity Church
Richard Brookhiser, Hamilton scholar, will speak inside Trinity Church and be recognized for his numerous contributions for over two decades for a national understanding of Alexander Hamilton’s remarkable legacy.  His talk is entitled “Alexander Hamilton, the Man Who Made America Prosperous,” and will be followed by an audience Q&A session.

Friday, July 15, 2016
Tour of Washington’s Headquarters State Historic Site
Take a tour of the historic Hasbrouck House, George Washington’s final headquarters from the Revolutionary War. It was while Washington was stationed here that he corresponded with Congressman Alexander Hamilton over the developments of the Newburgh Conspiracy.

Talk: “Hamilton and Jefferson: Competing Visions for America” at Mount Saint Mary College
Dr. Thomas Oller, lecturer at Boston University and Harvard University, presents a talk based on his history course on Thomas Jefferson and Alexander Hamilton called “Hamilton and Jefferson: Competing Visions for America.” This talk explores the different philosophies of these two Founding Fathers and what they envisioned the newly-formed United States should become.

Saturday, July 16, 2016
“Storming of Stony Point” at Stony Point Battlefield
The AHA Society participates in the annual commemoration of the Stony Point Battle (July 16, 1779) at the historic battlefield site. Alexander Hamilton, though not involved in the action of the battle, helped plan the strategy behind the midnight raid on the Stony Point Fort as an aide-de-camp, and visited the site with Washington just after it was successfully captured by the Americans.

Visit Stony Point Battlefield State Historic Site on this day to explore a 18th century military encampment and interact with ladies, soldiers, and craftsmen performing camp chores such as blacksmithing and cooking; see musket, artillery, and marching demonstrations; and participate in colonial games and wooden musket drills for children.

This talk will be held at “Nevis,” the home of Alexander Hamilton’s son James A. Hamilton. The home was named in honor of Hamilton’s birth island and today is called Nevis Laboratories as part of Columbia University. The talk will be given in the Lecture Hall to be followed by a wine and cheese reception in Col. Hamilton’s home.

This event is held in conjunction with the Dobbs Ferry Historical Society and Columbia University at Nevis Labs.

Sunday, July 17, 2016
“Hamiltons at Sleepy Hollow” Walking Tour
Did you know that around thirty descendants of Alexander and Eliza Hamilton, including three of their children, are buried in the famous Sleepy Hollow Cemetery? Join an AHA Society-led walking tour to learn about the fascinating lives of the Hamilton children and grandchildren.

Check out all the pictures from our visit to Weehawken for this year’s Hamilton-Burr Duel commemoration: 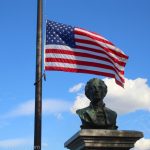 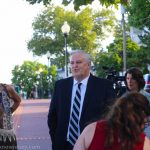 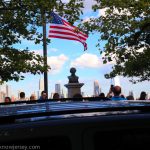 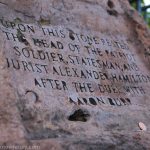 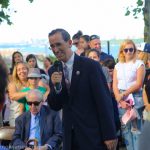 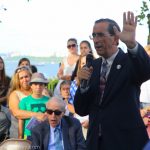 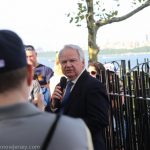 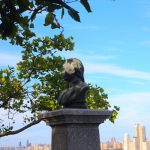 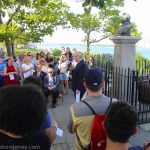 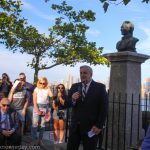 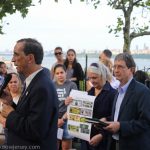 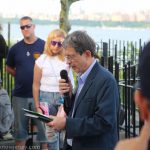 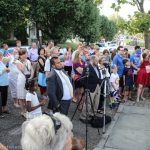 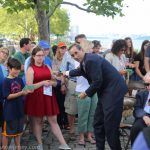 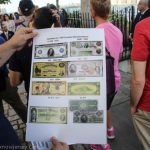 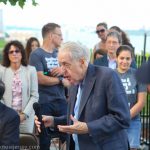 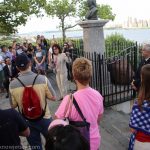 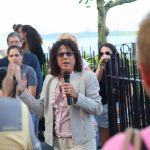 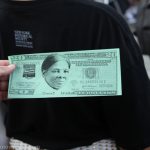 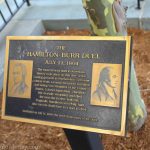 Pin It
Previous post:
Only 5 Days Left to Enter and Win Weekend Passes to the Panorama Festival! Next Post:
Picture Gallery – Slipknot, Marilyn Manson and Of Mice & Men at PNC Bank Arts Center