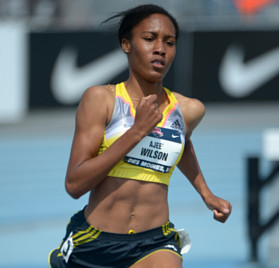 Ajeé Wilson, a native of Neptune Township, will be competing for the United States in Rio. We’re highlighting all the New Jersey Olympians this summer because there are so many to watch for.

Ajeé is 22 years old and a middle distance runner who specializes in the 800 meter event.

Wilson attended Academy of Allied Health & Science in Neptune Township and graduated in 2012. She originally committed to Florida State University before deciding to turn professional. She now attends classes at Temple University and trains with her coach Derek Thompson and the Juventus Track Club of Philadelphia.