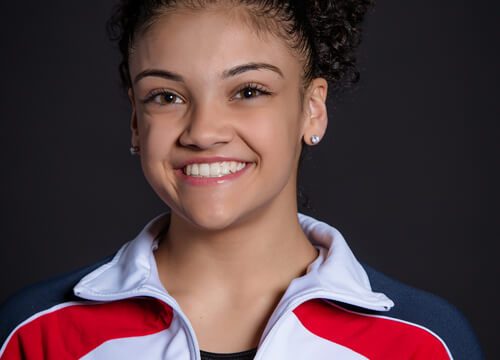 We’re highlighting all the New Jersey Olympians this summer because there are so many to watch for. Laurie Hernandez, from Old Bridge, is competing for the United States in Women’s Gymnastics.

Hernandez is the daughter of Wanda and Anthony Hernandez and she has a sister, Jelysa, and a brother, Marcus. Hernandez’s elite career started in 2012 at the U.S. Classic, where she placed 11th in the junior division at the age of 12. Through the Classic, she qualified to the National Championships in St. Louis, where she placed 21st after two days of competition. Hernandez made her senior debut in 2016. In March, she competed at the City of Jesolo Trophy in Jesolo, Italy, earning the bronze medal in the all-around with a score of 58.550, behind two U.S. teammates, fellow first-year senior Ragan Smith and Gabby Douglas, the 2012 Olympic all-around champion. She also earned a silver medal on vault and a gold medal on balance beam, ahead of Smith and 2012 Olympian Aly Raisman.

At the Olympic Trials in early July, Hernandez placed second in the all-around, behind Biles. She was named to the Olympic team alongside Biles, Douglas, Raisman, and Madison Kocian.

Laurie has committed to the University of Florida and will attend in the fall of 2018.

Gymnastics begins on August 3rd and will conclude on August 16th.

[photo via USAGym.org and bio info via wikipedia.org]