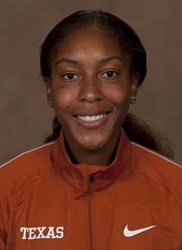 We’re highlighting all the New Jersey Olympians this summer because there are so many to watch for. Marielle Hall will compete for the United States in the 10,000 meters in Rio.

Marielle grew up in Haddonfield but was born in Philadelphia. Her parents are Clifton and Racquel Hall and she has a sister, Simone.

Track and Field runs from August 12th through August 21st.

[photo and bio info via TexasSports.com]