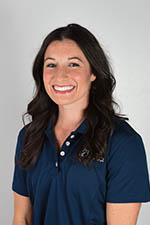 We’re highlighting all the New Jersey Olympians this summer because there are so many to watch for. Michelle Vittese will compete for the United States in Field Hockey.

Michelle is 26 years old and at the 2012 Summer Olympics she competed for the United States women’s national field hockey team where they came in 12th place.

Vittese grew up in Cherry Hill and graduated from Camden Catholic High School. She played field hockey for the University of Virginia and graduated with a major in history. She currently resides in Lancaster, Pennsylvania. In June 2016, she was part of the USA women’s national team that finished with a bronze medal at the 2016 Champion’s Trophy in London.

Field Hockey games start on August 8th and medal games are on August 18th and 19th.

Pin It
Previous post:
Matt Emmons, a NJ Olympian from Brown Mills Next Post:
Today’s Your Last Day to Enter and Win Weekend Passes to the Panorama Festival!