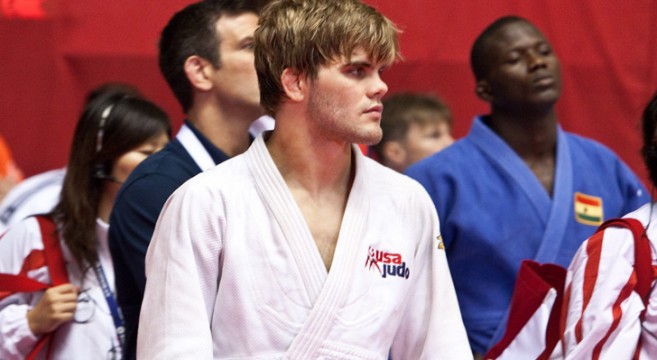 Nick Delpopolo was well on his way to achieving his dream of becoming an Olympic champion and is poised to bring home the gold for USA Judo in 2012 but a pot brownie unknowingly eaten by him at a celebration was his undoing. He got caught by the Olympic drug testing and he was disqualified.

With the blessing of Coach Jason Morris – who Nick consults and works with on a regular basis – Nick has moved to Miami, FL to prepare for his second Olympics in Rio De Janeiro in 2016. Nick is working with his own specialized team of Coaches and Physical Trainers to prepare for Rio and is now calling Budokan Judo Club under former assistant Olympic Coach Evelio Garcia his Home Dojo. Nick also commutes to Ki Itsu Sai National Training Center for additional Judo training and has a staff of personal trainers pushing him under the guidance of Jesus Gallo at Elite Athletes Performance, in South Miami, where he does his physical training.
Nick Delpopolo is well on his way to achieving his dream of becoming an Olympic champion and is poised to bring home the gold for USA Judo in 2016. By doing so, he will forever etch his name in Judo history by becoming the first male American Judo player to ever bring home an Olympic gold medal. Delpopolo is ready to show the world that with focus and determination, anyone can achieve their dreams.

[photo and bio info via nickdelpopolo.com]