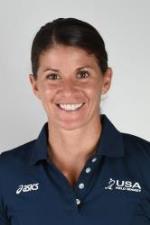 We’re highlighting all the New Jersey Olympians this summer because there are so many to watch for. Rachel Dawson will be competing on the United States Women’s Field Hockey Team in Rio.

Rachel is a midfielder/back and earned her first senior career cap vs Australia on June 5, 2005. Dawson was previously named to the U.S. field hockey team for the 2008 Summer Olympics and 2012 Summer Olympics, with the team finishing in 8th and 12th respectively.

Dawson was born in Camden and grew up in Berlin. She attended Eastern High School, where she graduated in 2003. She graduated from the University of North Carolina at Chapel Hill in 2007 and resides in North Carolina.